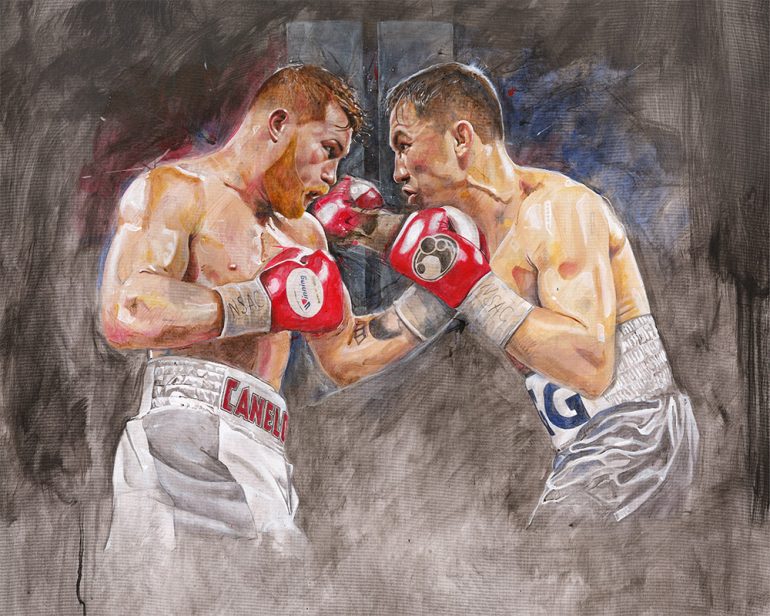 When Canelo Alvarez and Gennady Golovkin battled in September for The Ring middleweight championship, the ending was marred in controversy.

Many media members and fans believed GGG deserved the nod after 12 rounds, but that wasn’t the real issue. That ugly, indefensible scorecard that had Canelo winning 118-110 overshadowed the entire event, one that delivered with plenty of action and drama.

Even Canelo (49-1-2, 34 knockouts) and his promoters Oscar De La Hoya and Eric Gomez admitted the scorecard was egregiously erroneous. Canelo and GGG (38-0-1, 34 KOs) are both promising a knockout September 15 when they meet in the highly anticipated rematch, but if there is no definitive victor, the entire judging panel appears to be up to the task this go around, and so the does the third man in the ring.

Respected veteran referee Benjy Esteves Jr. of New Jersey was unanimously chosen for the Canelo-GGG 2 assignment by the Nevada commission at a Wednesday hearing. The judges: Dave Moretti of Las Vegas, Steve Weisfeld of New Jersey and Glenn Feldman of Connecticut, who are all considered among the best in the business.

“Benjy is very experienced and fast in the ring,” Golovkin promoter Tom Loeffler told ESPN. “The main objective from both sides is to focus on the fighters, not the officials. We have accomplished that going into the fight. Neither side has an issue with the officials.”

Loeffler told ESPN he objected to the original appointment of Tony Weeks stemming from an issue GGG trainer Abel Sanchez had with the veteran referee in December when his charge, Denis Shafikov, fought Rene Alvarado. The other referees who were considered were Kenny Bayless, who officiated Canelo’s last two fights but was unavailable due to personal reasons, and Robert Byrd, who was eventually removed from the pool due to his marriage with Adalaide Byrd.

“I understand Tom’s position about Weeks. We had the list of potential referees two weeks back and then it got changed [Tuesday] night, so it was of concern.”

Moretti was on the judging panel for the first bout, and he handed in a 115-113 tally for Golovkin. Weisfeld was a judge for three previous Golovkin bouts, but this will be his first time working a Canelo fight. Feldman, too, has worked three GGG matchups; he’s judged two Canelo bouts.

Esteves has officited countless high-profile fights during his esteemed 639-bout career, which dates back to July 1992. He was the third man in the ring for Pernell Whitaker-Felix Trinidad, Bernard Hopkins-Kelly Pavlik, Naseem Hamed-Kevin Kelly and Vince Phillips-Kosty Tszyu, among tons of other notable fights.

Esteves will have plenty to do on fight night, but this time around, the judges might not be needed.