Maxim Dadashev: ‘I am ready to fight for a world title soon and Antonio DeMarco is in my way’ 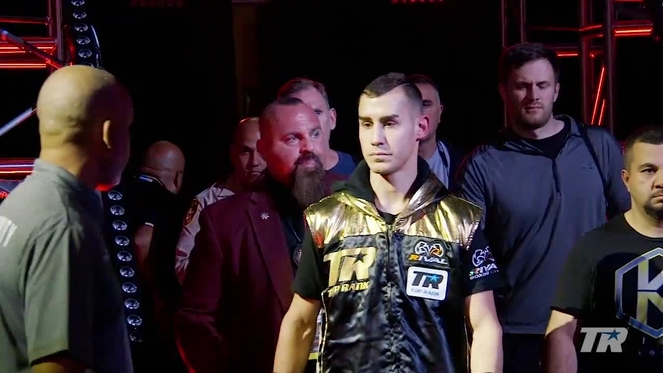 Junior welterweight Maxim Dadashev has passed every test thus far in his young career. However the Oxnard, California-based Russian will take a significant step up in class on Sept. 14, when he faces former lightweight titleholder Antonio DeMarco, Top Rank announced.

The 10-round bout will take place at the Save Mart Center in Fresno, California.

The matchup will precede the WBC junior welterweight but between champion Jose Ramirez and challenger Antonio Orozco. Both fights will air live on ESPN and ESPN Deportes (10 p.m. ET/ 7 p.m. PT).

Dadashev (11-0, 10 knockouts) scored his most impressive win in his last fight on June 9, stopping former lightweight contender Darleys Perez in the 10th and final round. The 27-year-old boxer-puncher, who has fought under the Top Rank banner since his pro debut in April 2016, overcame a slow start to break down his vastly more experienced opponent.

“DeMarco is a skilled veteran and a former world champion who I have a lot of respect for,” said Dadashev, who is managed by Egis Klimas. “I am ready to fight for a world title soon and DeMarco is in my way. I will put on a spectacular performance for the great fans in Fresno and for everyone watching on ESPN.”

DeMarco (33-6-1, 24 KOs) of Tijuana, Mexico, knocked out previously unbeaten prospect Eddie Ramirez in the opening round of his last bout on Oct. 14.

DeMarco, who is ranked No. 9 by the WBA and No. 10 by the WBC, is best known for his come-from-behind stoppage victory over Jorge Linares in October 2011. That astonishing victory saw him claim the WBC lightweight title.

Headlining the Top Rank undercard will be a 10-round junior lightweight bout between Jamel Herring (17-2, 10 KOs) and John Vincent Moralde (20-1, 10 KOs).