Hidenori Otake: ‘Isaac Dogboe has been on the canvas and I would like to keep him there’ 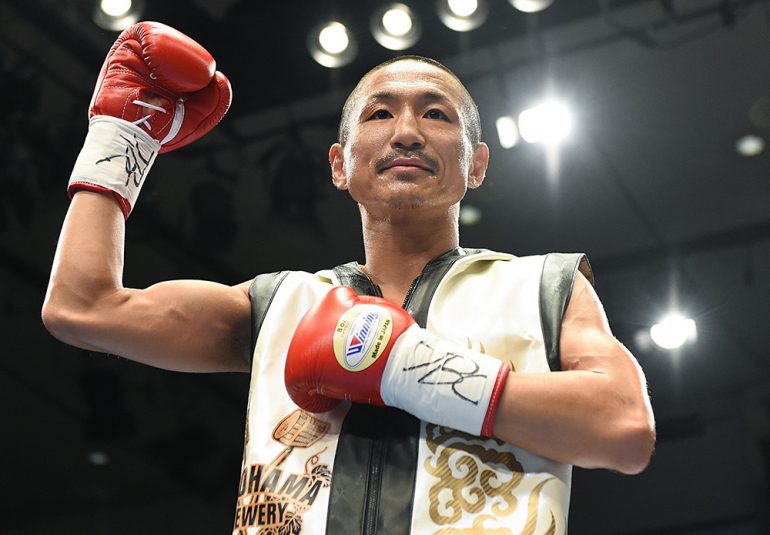 Otake (31-2-3, 14 knockouts) is determined to make the most of his second world title opportunity, having lost to Scott Quigg almost four years ago in a previous attempt.

Editor’s Note: Otake challenged Quigg for the WBA “regular” title at 122 pounds which is unrecognized by The Ring.

“I would like to thank people of my gym for making this match,” Otake told The Ring through Tomoyuki Kataoka. “This is my second chance to challenge for a world title and I cannot lose this chance to become world champion.

“Dogboe is very good at pressuring the opponent and has a strong left hook. He had a good amateur career and therefore he can fight very well. I cannot find out his weaknesses right now, however, he has been on the canvas and I would like to find a way to keep him there.”

Since the Quigg loss, the Tokyo resident has recalibrated with a few lowkey wins before winning the OPBF title last year. Since then, he’s retained three times, notably against highly-touted prospect Hinata Maruta last October.

Those experiences have clearly galvanized Otake.

“I studied and worked on my boxing skills and physical condition and learned from my mistakes. I also changed my coaching staff,” he said. “I feel that regardless of my age, I have room for improvement. In order to continue boxing I would love to win this fight.”

Otake has had a two-and-a-half month training camp, focusing initially on improving his fitness, then more on sparring and readying himself for the expectant storm ahead.

If the 37-year-old pressure-puncher is able to spring the upset, he’ll become the oldest Japanese fighter to win a world title, eclipsing Hozumi Hasegawa who was 35 when he won his third title by defeating Hugo Ruiz in 2016.

And the veteran fighter isn’t worried about giving away 13 years to his opponent.

“I don’t think that the age of a boxer is an important issue,” Otake said. “I would like to continue boxing even after the bout. I cannot lose this fight in order to avoid causing my retirement.”

“I have to keep and prepare good circumstances and environments for him to be able to do the fight at the best condition.”

When it comes down to it, it’ll be between Dogboe and Otake, and the Japanese challenger is quietly confident.

“I have a chance to win if I can put forth what I have done in the gym,” said Otake. “I prepared very well for the fight. I would like to put on a good performance.”