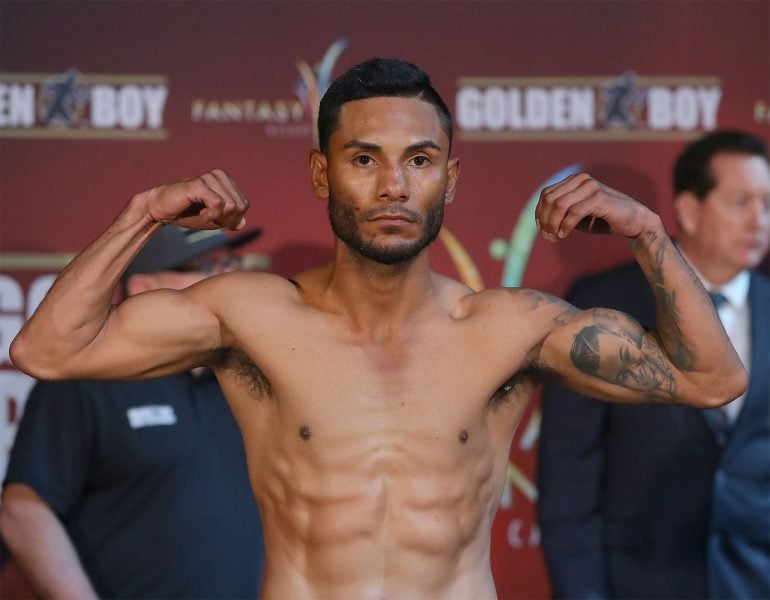 Andrew Cancio had to hold off a late rally by Dardan Zenunaj to win a hard-fought 10-round unanimous decision Friday night at the Fantasy Springs Resort Casino in Indio, California.

The fight was a crossroads clash between two boxer-punching junior lightweights with the winner moving on to bigger things.

It was all Cancio from the opening bell. The Californian landed multi-punch combinations and snapped Zenunaj’s head back with left crosses.

Sensing he was down in the fight, Zenunaj began walking Cancio down in the fifth. The Albanian fighter connected with several combinations, opening a cut on the bridge of Cancio’s nose and bruising up his face.

However, Cancio stopped Zenunaj’s momentum in Round 9, putting his man on the defensive with a sustained assault. A blazing finish in the 10th brought the crowd to their feet as both men unloaded everything on the arsenal.

The victory was Cancio’s fourth in his last five bouts, with the only loss coming at the hands of Joseph ‘JoJo’ Diaz in September 2016.

Zenunaj, who was born in Kosovo and resides in the Los Angeles suburb of Sherman Oaks, drops to 14-5, 11 KOs.

Vendetti (20-2-1, 12 KOs) landed the sharper and more effective punches throughout most of the fight. Kamegai attempted to out-land Vendetti but appeared sluggish.

In preliminary action, junior welterweight prospect Luis Feliciano (8-0, 5 KOs) knocked out Jonathan Fortuna (8-2, 5 KOs) of the Dominican Republic at 2:38 of the fifth round.