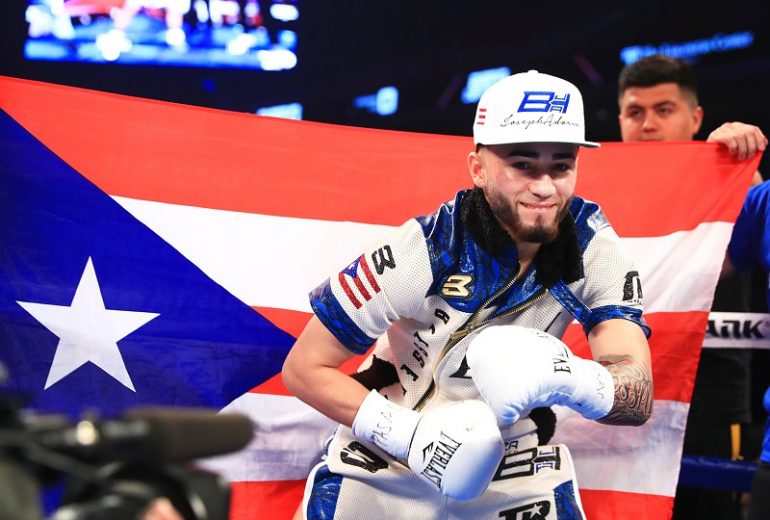 Each punch was mimicked, each subtle move memorized. Joseph Adorno used to ball his tiny fists of fury and dart them into the air, seated ringside watching his dad Anibal while he was an amateur. Then everything changed. All of Anibal’s trophies were dumped. Anibal grew bitter after a tragic accident cost him the vision in one eye. The only evidence today that Anibal ever fought comes in an old VHS tape. The one showing little Joseph imitating his father’s ducks and throws.

The other proof comes vicariously through Joseph.

So every day, Adorno gets told unabashedly by his father Anibal, “I’m going to do whatever I have to do to get you where I wanted to be” in boxing.

Joseph Adorno has no problem admitting that he’s OK with his father living vicariously through him. “I’m living my dream but I’m also living my dreams through my father’s dreams. Yes, you can call it a double dream and I don’t mind that.” 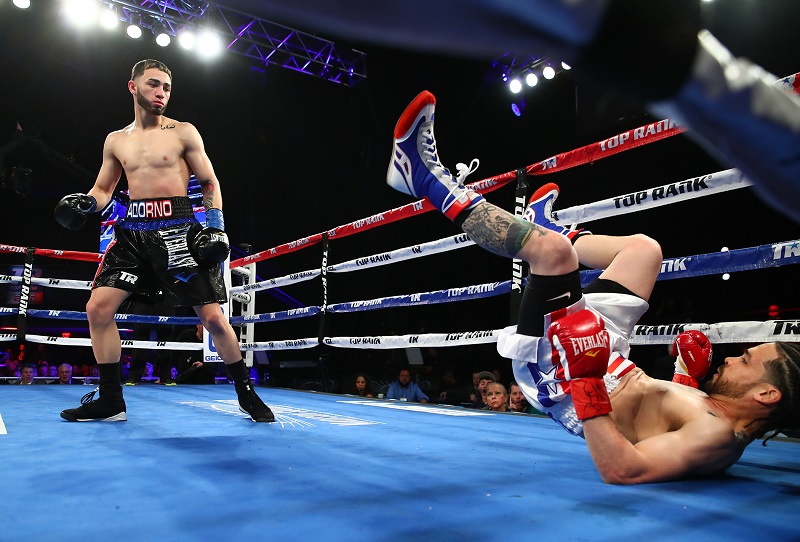 Adorno’s ultimate vision is to one day win a world championship and present it to his father. Right now the 5-foot-7, 19-year-old lightweight from Allentown, Pennsylvania, is undefeated at 8-0 (with 8 knockouts). The next step in Adorno’s title trek comes on the “Top Rank Boxing on ESPN” undercard at the Ocean Resort Casino (formerly the Revel) in Atlantic City, this Saturday (10 p.m. ET), in a six-round fight against Agustine Mauras (6-4-3, 3 KOs).

The eight-bout card will be spiced with a heavy dose of Philadelphia fighters, headlined by world heavyweight title challenger Bryant “By-By” Jennings, in a 12-round fight against Alexander “Sascha” Dimitrenko . In the co-feature, another Philadelphia native Jesse Hart will be in a 10-round super middleweight bout against Mike Gavronski, while the undercard features former WBA junior lightweight titlist Jason Sosa in an eight-rounder against Reynaldo Blanco, 2016 Olympic silver medalist Shakur Stevenson in an eight-round featherweight fight against Mexican Carlos Ruiz and undefeated Philadelphia bantamweight Christian Carto squares off against Mexican Javier Gallo in an eight-round bout.

This marks the first boxing event at the newly refurbished Ocean Resort Casino, a state-of-the-art facility that opened on June 28.

It also marks another step for someone who was introduced to boxing when he was barely able to walk.

“It actually all began for me when, one day, my father had me work the mitts,” recalled Adorno, the oldest of six – five boys and one girl – ranging in age from 19 to 5. “I may have been around five. I used to spar my younger brother Jeremy (currently a member of the USA team). I have videos of me beating him up like crazy but I’ve been around boxing my whole life, from the time I used to go and see my father fight as an amateur. 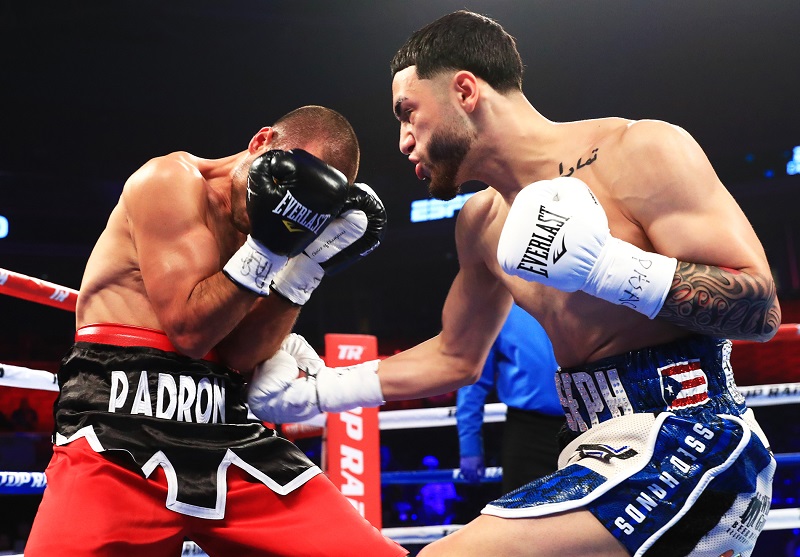 “It’s why I say I’m ready for Mauras. I saw a couple of clips of him; he comes forward and I know he’s lost his last four. But he did give the (2016) Olympic (junior welterweight) gold medalist (Fazliddin Gaibnazarov) a tough fight. He went all eight rounds. I’m going to get a test here but it’s always a test when you step into the ring.”

All state athletic commissions work independently, though most follow the standard that amateurs are not permitted to turn pro until they’re 18. The California and Pennsylvania State Athletic Commissions, two of the nation’s best, work by that criterion. However special exemptions are allowed, based on variables that include ability and their amateur backgrounds. 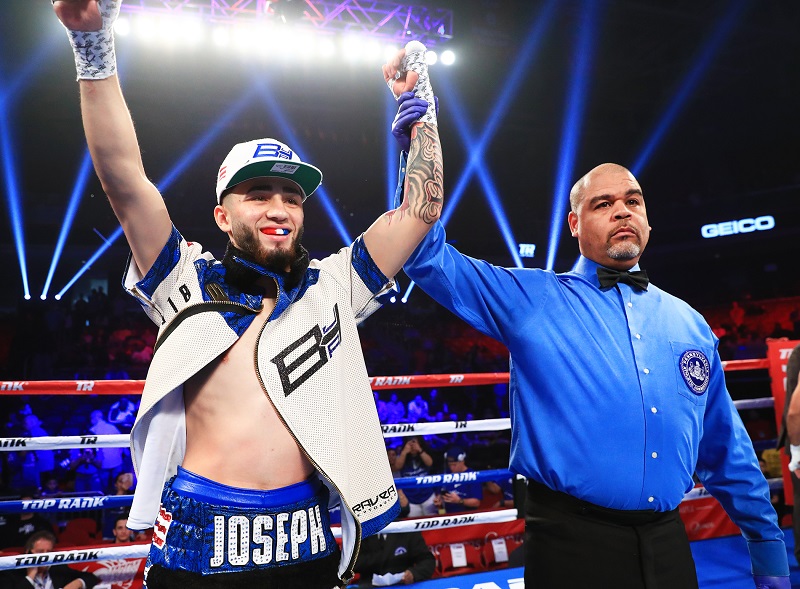 Greg Sirb, the 28-year executive director of the Pennsylvania State Athletic Commission, the nation’s longest tenured commissioner, and the best in the country, allowed Adorno to turn pro as a junior in high school. Adorno, who trains out of his father’s Allentown International Boxing gym, turned pro on December 2, 2016, in Philly. He graduated William Allen High School in June 2017.

He’s co-managed by Robert Garcia and Anibal, who is Joe’s chief trainer, with Garcia working the corner in fights he’s able to make, amid his busy schedule.

Meanwhile Adorno is in no rush for a world championship.

“I’ll let my promoter (Top Rank) and matchmaker Brad Goodman figure things out and do what they’re supposed to do,” Adorno said. “I hear young fighters that say they want to be world champions by this time, and this time, but when they fail at it or something goes wrong because they want to rush things, their careers get ruined.

“I have to remind people that I’m only 19. I have a long career ahead of me and I want to take things step by step and build things up.”