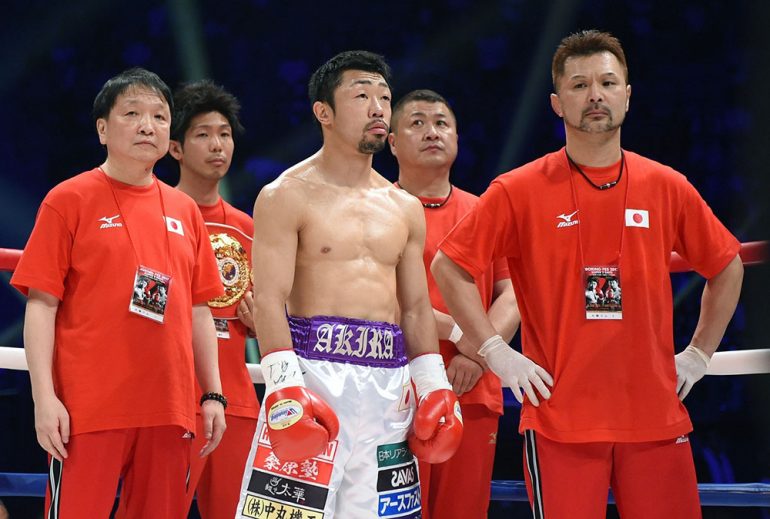 It’s a fight neither man can afford to lose if they have aspirations of fighting for a world title.

“(Mukai) is the best junior bantamweight boxer in Japan,” Yaegashi told The Ring through Tomoyuki Kataoka. “I am looking forward to fighting with him very much. I think he is a very interesting opponent.

Yaegashi, now 35, has previously held world titles at 105, 108 and 112 pounds. He could be forgiven for walking away more than happy with his achievements. However, Yaegashi (26-6, 14 knockouts) insists there’s more to do.

“My motivation is to become the first Japanese boxer to get world championships in four weight classes.” he said.

The 32-year-old stylist from Osaka is on a three fight winning streak.

Retired former WBA and WBC strawweight titleholder Hideyuki Ohashi, head of Ohashi Promotions, spoke glowingly of Yaegashi, although he refused to look past Mukai, knowing the fight is fraught with danger.

“I will consider his next fight after his bout with Mukai,” said Ohashi.

“I think Yaegashi is the best as a person. Therefore, many boxers follow him in order to grow up as he has. He is a great role model.