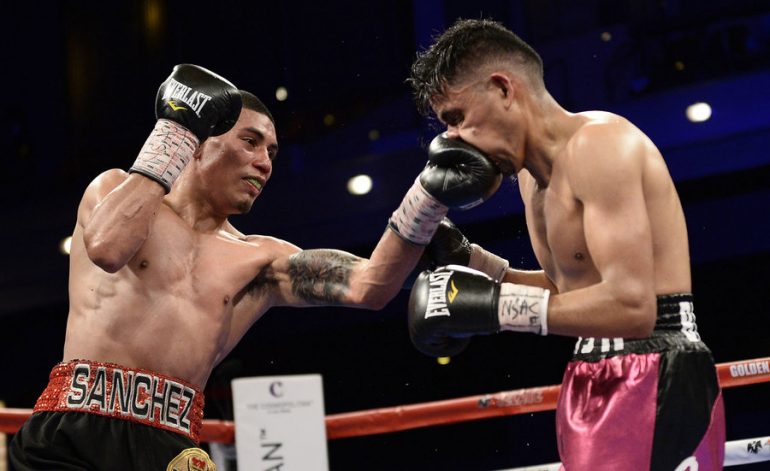 Emilio Sanchez will attempt to bounce back from the first defeat of his career on Friday when he faces former contender Christopher Martin at the Belasco Theatre in Los Angeles.

Sanchez (16-1, 11 knockouts) had built an unbeaten record defeating modest opposition. In March, the Los Angeles native was expected to make quick work of Eugene Lagos, who entered the bout having lost three of his previous four bouts. Instead, Lagos caught Sanchez early in the second with a right cross, dropping him flat onto his back. The fight was stopped immediately.

Following the loss Sanchez decided to move up and campaign at featherweight.

Martin (30-10-3, 10 KOs) could potentially give Sanchez a test with his experience despite having lost seven of his last nine bouts. Last March, the former junior featherweight contender scored a third-round knockout of Daniel Franco, who entered that bout unbeaten.

On the flipside, Martin was inactive for 11 months prior to be being widely outpointed by the unbeaten Cobia Breedy in May.

In the co-feature, lightweight Hector Tanajara Jr. will square off against Emmanuel Morales in an eight-round bout.

Opening the Estrella TV telecast will be a four-round junior welterweight bout between Raymond Muratalla (4-0, 3 KOs) and France’s Guillaume Lorenzo (2-1).