Tyrone Crawley Jr. fights for two in memory of his son 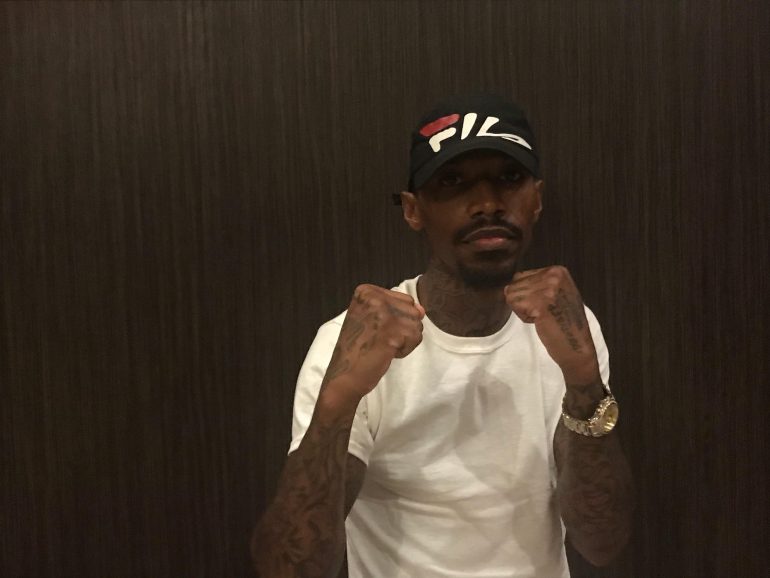 Tyrone Crawley Jr. envisioned big plans. In his head, his four-week-old son Aaryan won amateur national titles, was en route to Olympic glory and world championships, while he would sit ringside basking in his son’s success, something Crawley himself was a little too young to do when his father, Philadelphia lightweight contender Tyrone Crawley, did in the 1980s.

Then a ping came on his cell phone one Thursday afternoon, November 26, 2012, and everything unraveled.

It was a text informing him that Aaryan was dead. Aaryan, born a month premature, succumbed to toxins when the amniotic sac broke, while in utero.

The child’s passing destroyed everything, Tyrone’s relationship with Aaryan’s mother, his will to train or fight – his will to really do anything.

It’s taken time, the best panacea to try to alleviate an incurable pain, but Crawley, trained by his dad, makes a return to the ring for the second time this year, as the main event of a nine-fight card at Philadelphia’s SugarHouse Casino, Friday night, at 7 p.m., which also features talented welterweight prospect Poindexter Knight and the pro debut of 2016 U.S. Olympic Trials champion Paul Kroll.

Crawley, a southpaw, is trying to jump start a career in which he took a three-year sabbatical from 2013 to 2016.

It’s a different trek than the daily one he used to take to the Christiana Hospital in November 2012. Crawley Jr. never got a chance to hold his young son but he did touch his little hand and little head.

“I was never given a timetable, and we knew (Aaryan) was in trouble, but I thought he would survive,” said Crawley, whose father, “The Butterfly,” was once the ESPN champ, and lost to WBA lightweight champ Livingston Bramble in 1986. “We knew he was in critical condition but we weren’t given any indication that he would die. I remember sitting in my house when I got the text message he was dead.

“It was by far the most difficult experience I ever went through in my life. And it never goes away, not really. It was tough, real tough, especially getting news like that in a text message. I was thinking about all of the things I could have done with my son that my dad did with me. Oh, I had plans. I had big plans. I wanted to do everything I could for him.”

Crawley couldn’t bring himself to see his son after he died.

“It would have been too much to see him. I couldn’t go, and I just didn’t want to go,” Crawley said. “I couldn’t see my son like that. Who can see their dead child lying there? I got comfort from my family and friends. I had to shut down for a couple of days but life goes on. I had to continue.

“It’s not easy. I wouldn’t wish what happened to me on anyone. Boxing helped. I had two fights after my son died, but it wasn’t the same. I just didn’t want to do it. My mother told me people grieve in different ways. I never fully grieved after my son died. I thought if I kept going, and kept moving, it’s like I would outrun it. I never dealt with it until a few years later.”

Crawley, 33, now has a nine-month-old daughter. When he’s not boxing, he’s a computer tech and wants to restart his fight career. He bears a tattoo on his arm in memory of Aaryan. Having his daughter helped heal the memory.

“It’s time to get back in the ring,” Crawley said. “I think about my son every day. I’m coming off a loss but before the fight, I got a rib contusion in sparring. The doctor told me not to fight but I still went forward. I got hit with a rib shot in the first round, and I hurt my left hand. I had to stop in the third round. I was winning that fight. I dropped (Anthony Mercado) in the first round. I was in too much pain to continue. I was having trouble breathing. I’ll never go into a fight knowing I’m not a 100-percent again.

“I have a special motivation now. I fight in the memory of my son.”