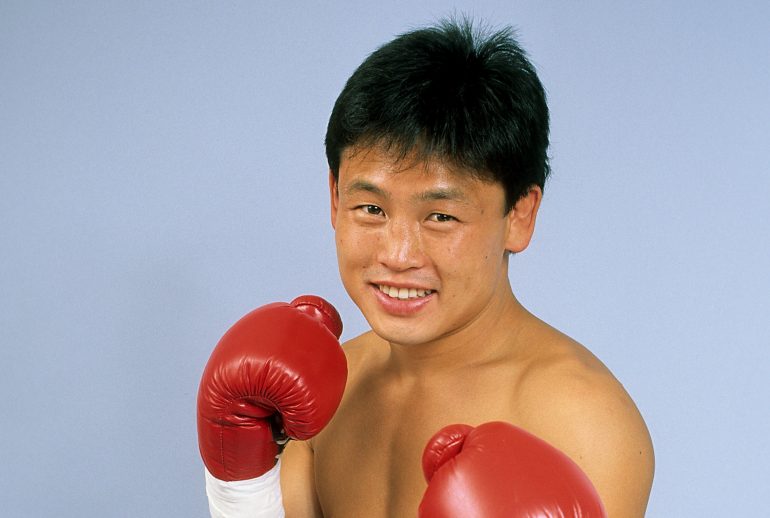 Photo from The Ring Archive
08
Aug
by Anson Wainwright

Myung Woo Yuh is one of the best South Korean boxers of all time and one of the junior flyweight greats. The former champion’s 17 title defences during a six-year reign in the mid-80s into the early-90s is still a division record.

Yuh was born in Seoul, South Korea. His parents had six children and while things weren’t easy, his childhood was perfectly normal.

“My father was a bus driver and therefore we were not rich,” Yuh told The Ring through Tomoyuki Kataoka. “However, we lived well without wanting for anything.”

As a youngster Yuh tried all types of sports before coming across boxing when he was 14 years old. Like many children his age, Yuh was drawn to boxing during the heavyweight golden age.

The eager younger fighter had an extremely short amateur career, going 1-3 before turning professional in March 1983.

“When I was an amateur, I concentrated more on spending time with friends and didn’t take boxing too seriously,” Yuh explained. “However, when I became a professional, I started training for boxing much more seriously.” 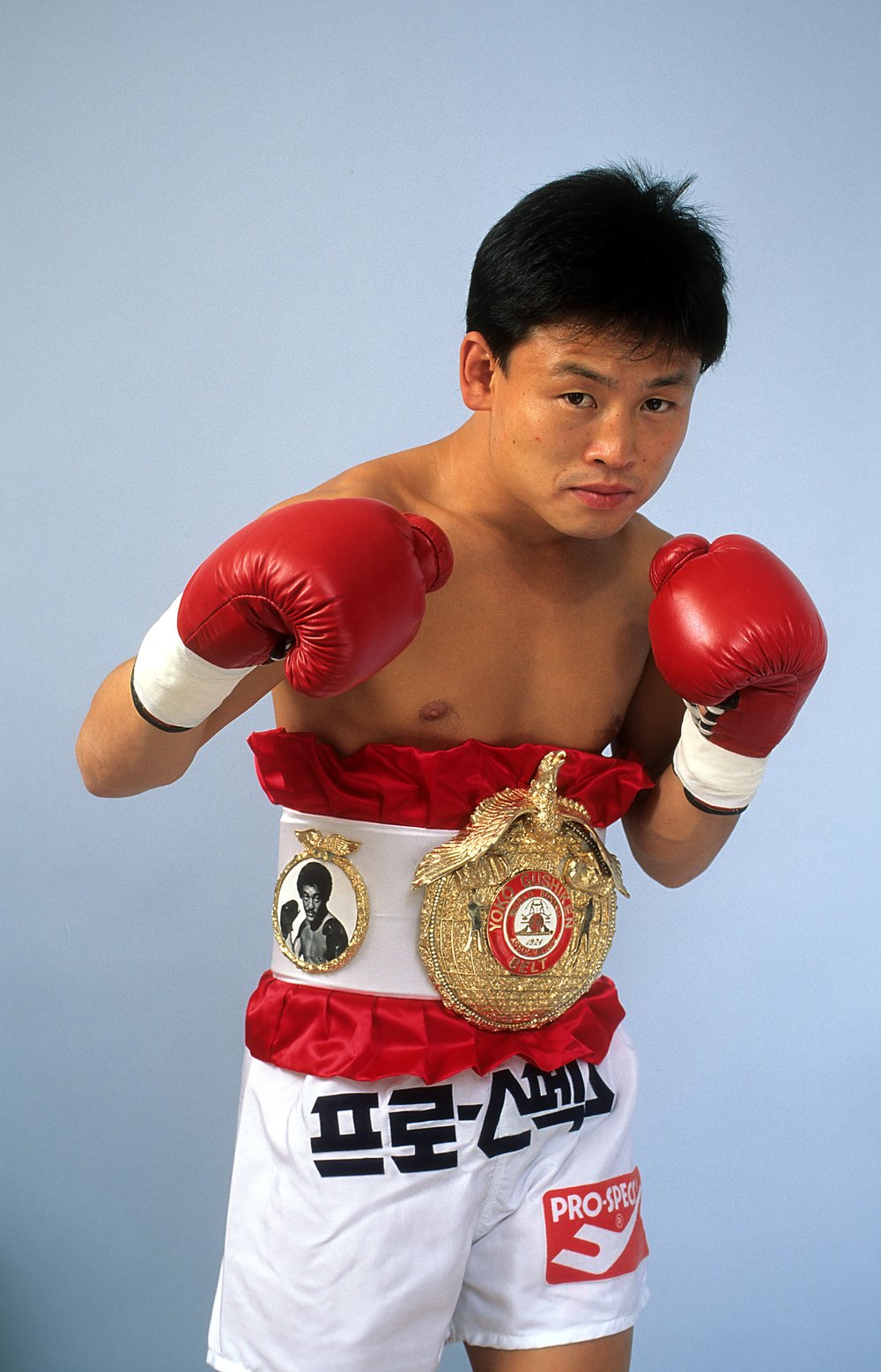 Photo from The Ring Archive

Yuh’s won his first 13 bouts, all by decision, and by the fall of 1984 he won a fringe 108-pound title, stopping Edwin Inocencio in three rounds.

Following one defense, Yuh was matched against Joey Olivo for the WBA belt in December 1985. Yuh found a way to edge the champion by close 15-round split decision in Daegu, South Korea.

Not surprisingly, he views that as his proudest moment in boxing.

“I felt like I had obtained everything in the world,” Yuh said. “Olivo didn’t have much power but he was able to fight perfectly at close range. I approached the bout to give my best effort.

“When the scorecards were announced, I didn’t have high expectations, even though the fight was in my homeland. I was surprised that I was announced as the winner.”

For the rest of the 80s, “Sonagi” (meaning Rainfall, because of his high workrate and ability to overwhelm challengers) boxed at home. He faced five past or present world champions including Mario Alberto Demarco (UD 15 and UD 12), Rodolfo Blanco (KO 8) Leo Gamez (SD 12 and UD 12).

In December 1991, for the first time in his career, he travelled overseas. Yuh lost lost his unbeaten record in Japan to former strawweight titleholder Hiroki Ioka by split decision.

“I had no choice but to accept the loss,” Yuh said. “I lacked theability to win on that night.”

Almost a year later, the pair faced off again after the WBA mandated a rematch. On this occasion, Yuh demonstrated his greatness by gaining revenge when he claimed a 12-round majority decision in Ioka’s home city of Osaka.

“It was very important,” Yuh said. “Before the second fight with Ioka, I had concentrated on my stamina and completed a hellish training programme. Because of that, I was confident in myself. From the start of the fight, I was able to corner Ioka and the game plan worked well and I won.”

After turning back Yuichi Hosono in the summer of 1993, Yuh decided to retire at 29 years old, with a record of (38-1, 14 knockouts). He had achieved everything he set out to do.

For myriad reasons, and much to hardcore boxing fans’ chagrin, Yuh never met countryman and WBC counterpart Jung-Koo Chang in a unification matchup that would have been huge in South Korea.

“I could not fight him,” he said of his countryman. “I had wanted to fight with him but couldn’t because of various circumstances in Korea.

“Most Korean fans desired to watch that bout between the two champions, however, both sides had different terrestrial TV stations in Korea, and both promoters could not make the match.” 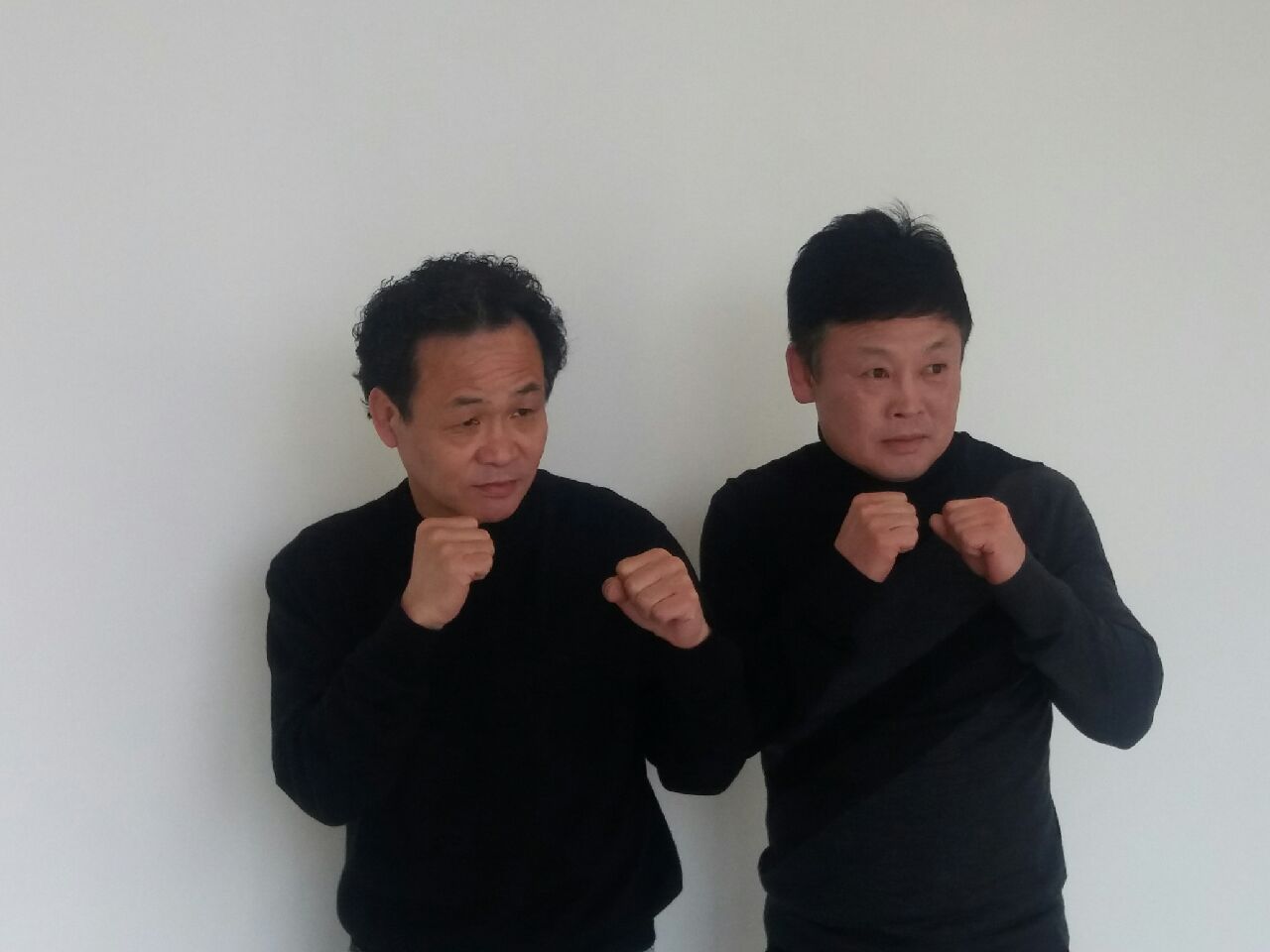 The two are good friends and those in the know in Asia believe it would have been the biggest fight in the country’s history.

Yuh was inducted into the International Boxing Hall of Fame in 2013.

“I thought that I had boxed very well,” he said proudly. “I felt the pride in my achievement. I wanted to praise myself.”

Yuh, now 54, lives in Seoul and is married with two children. Since retiring, he has managed some restaurants and trained fighters. He enjoys watching movies and various sporting events.

He graciously took time to speak to THE RING about the best he fought in 10 key categories.

BEST JAB
Joey Olivo: His jabs were not so fast but very accurate, and he had a good sense of distance. Therefore, it was very difficult to close the distance against him.

BEST DEFENSE
Olivo: His chin looked weak, however, he had great boxing sense. It was very difficult to land punches accurately on him. He had an impregnable guard.

FASTEST HANDS
Jose De Jesus: He had not only very heavy punches but also the fastest punches I had ever seen.

BEST FOOTWORK
Olivo: He utilized his long lower body appropriately and could mix offense and defense very skilfully and effectively.

BEST CHIN
Mario Alberto Demarco: He had a thick neck and daunting body. He could absorb the brunt of any accurately timed punches.

SMARTEST
Leo Gamez: He had excellent crisis management ability and was able to overcome any difficult situation.

STRONGEST
Demarco: I fought with him in two matches. He had great physical energy to continue punching even if we battered punches against each other round after round.

BEST PUNCHER
De Jesus: The power of his punches wasn’t that of other fighters in the light weight classes. His left-hand punches seemed to be able to rupture the eardrums of his opponents.

BOXING SKILLS
Olivo: His boxing style was not showy. He was very calm and could change the pace of each round in his favor. He had excellent ability in defense and simple – but accurate – jabs.

BEST OVERALL
Olivo: In accordance with the reasons mentioned above, I remember that he was the best boxer I had ever faced, even if any boxer I had faced had other advantages of their own.

Tomoyuki Kataoka helped co-ordinate and translate this feature. The Ring appreciated his assistance.