Tony Paige stares down cancer and doesn’t want a rematch 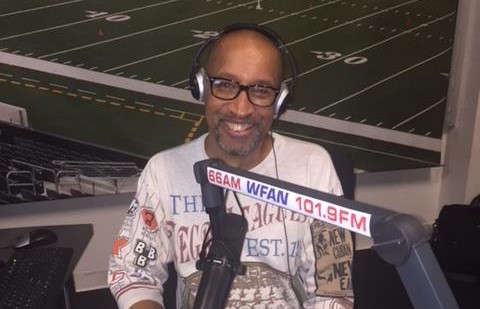 Tony Paige made a vow to himself that he would wait. As the moon was beginning to drop on Tuesday, May 1, Paige opened his show by telling his listeners where he was and why he was gone. To the popular WFAN sports talk overnight host in New York, it wasn’t that big of a deal. Just a little something he had to face, like an itch. That’s all.

Not that Paige needed any reminders. They came pretty much daily each time he looked at himself in a mirror, a stream line of six dots, smaller than a dime across his stomach.

Paige, of course, laughed it off. The indents on his midsection wasn’t what troubled him as much as trimming the extra five pounds of paunch he had around his middle.

More people could take a page from Paige, 64, one of the longest tenured WFAN hosts and former BWAA president, when it comes to courage in staring down cancer.

That’s what Paige beat back in early April, when he had a quarter of his left kidney removed along with a three-centimeter cancerous tumor.

This Saturday at Atlantic City’s Hard Rock Casino, Paige will be making another return, on the international broadcast with Dave Bontempo of the Sergey Kovalev-Eleider Alvarez fight.

It’s another stage in Paige’s step toward the normalcy.

“You know, I never really thought about it, but I am a cancer survivor and I really appreciate all of the people who have reached out and showed that they care,” said Paige, who had a cancer scare 15 years ago when a colonoscopy uncovered a malignant polyp. “I think the message here is to pay attention to your body and pay attention to your checkups.

“If I didn’t suffer from a kidney stone, who knows what would have happened. Maybe three years later, I may have lost my kidney, or more. I think the other lesson learned is how you treat people. The way you treat people is the way you’re going to be treated. If you treat people well, good things will happen to you. When I came back to The Fan for the first time, that’s when I explained to everyone what it was, because I didn’t want it to become the Tony Paige memorial show.”

None of this would have happened if Paige didn’t have a bout with a kidney stone last November. The pain was so debilitating that he couldn’t walk. He had to be taken by ambulance to a hospital, and while in transit, the EMT asked Paige if he would rate the pain 1-through-10. Paige told him it was an “11.”

After a two-day stay, tests were taken to see if there was anything else going on. Paige underwent two MRIs, two ultrasounds, two CAT scans.

Things appeared good, until a doctor’s call in early February.

“I just thought he called me to discuss my diet,” Paige recalled. “I wasn’t really expecting anything. A lot of people pass kidney stones. I really don’t remember that much about the doctor’s visit, but I do remember when he mentioned a mass found near my kidney.

“At first, it didn’t register. ‘Mass, what about a mass?’ I remember asking the doctor. Then, when he said ‘tumor,’ that set off the bells and whistles. I had no feeling. Then I asked if it was cancer and he said ‘Yes.’ That’s when it really hit me. But it’s life, you deal with it. You have to stay strong and calm, so everyone else around you will stay strong and calm.”

As Paige walked to his car from Dr. Michael Cohen’s office that chilly spring weekday morning, he called his wife, Teri.

“I’m fortunate, because Teri is very strong, level-headed and very positive,” said Paige, the father of four, running from 42 to 19, Kassadra, Dante, Nicole and Jalen. “I let Teri know. The toughest part anytime you’re dealing with anything like this is telling your family. They all dealt with it fine.

“I just thought it was a setback. Sometimes people get premonitions that this is it. You see it all of the time with older people. They get tired and then they go. My grandfather was like that. I never felt that with this. I didn’t get the feeling that this was it, that it was something we could control.” 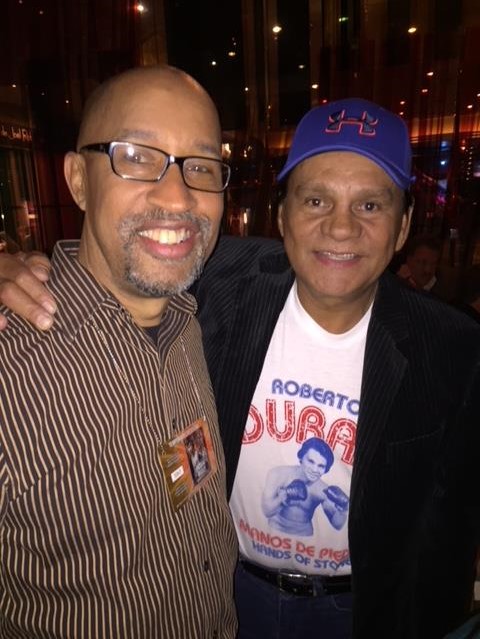 Paige underwent surgery by Dr. Cohen, using the da Vinci machine, on April 3. He didn’t have to undergo any additional chemo treatments. Within a month’s time, he was behind a microphone again in the WFAN studios on Tuesday, May 1. An added bonus was Paige’s old college roommate at Florida A&M, Alfred Watkins, went through the procedure and talked Paige and his wife through it.

“When you go through something like this, you find out how much you can depend on one another, and it tests you how positive you can be,” Teri said. “You have to constantly think positive. Having Alfred go through this, and was healthy, it made it easier.

“This was bigger than just a speed bump in the road, though. This was a big bump. We had a good doctor and had someone explain to us what was going to happen. I had to take steps back and let Tony process it. I’m going with him to Atlantic City for the fight, but I might not go to the fight. The cancer diagnosis threw us for a loop, because Tony has always been such a healthy person.

“I’m happy for Tony, because he may have been a little down at times, but he found out how much stronger he is. We’ve all been through this and I truly believe he is happy and we’re all happy. He’s back doing something he loves.”

Sitting ringside this Saturday night with a headset on.

Paige himself relayed a story that happened to him 20 years ago. He was on his way to the WFAN to do an overnight when he began experiencing car trouble. His dashboard lit up like a Christmas tree and he was about to pull his car aside when he came across a guy named Reggie, who was then a student at John Jay College, and his buddy.

Here, Reggie knew a little about cars and determined the alternator was shot on Paige’s car. Reggie and his pal wound up driving Paige to work, and then came back to pick him at 2 a.m.—with a new alternator.

“It’s 3 o’clock in the morning and I’m leaning over with a flashlight with a guy I just met named Reggie working under my hood,” recalled Paige, laughing. “It was kind of weird, but I’ve always remembered that story because New York has a reputation where everyone is rough, gruff and rude. But there is a heart in this city that’s not seen that often, and not felt that often. I like telling that story because there is good everywhere that we need to see more of.

“It’s people like Reggie, who I had on my show. The guy was so good he called me to let me know he traded in the old alternator and wanted to give me the money he got for trading it in. I gave him a nice tip when he fixed the car and told him to keep the money from the alternator.

“I have marks on my stomach that remind me that nothing in life is guaranteed. I’ve had a hell of a run. I was the first black president of the Boxing Writers Association of America. I was president of the New York Association of Black Journalists. I got to travel all over the world. I was in Uganda when Idi Amin was there. I saw the Great Wall and saw what was left of the Berlin wall. I’ve been to Cuba. I love traveling.

“Beating cancer encourages me to do more. I want to see more, I have a photography background. I want to shoot more and write more. It’s why this fight coming up this Saturday is great for me. It’s been a hell of a ride.”