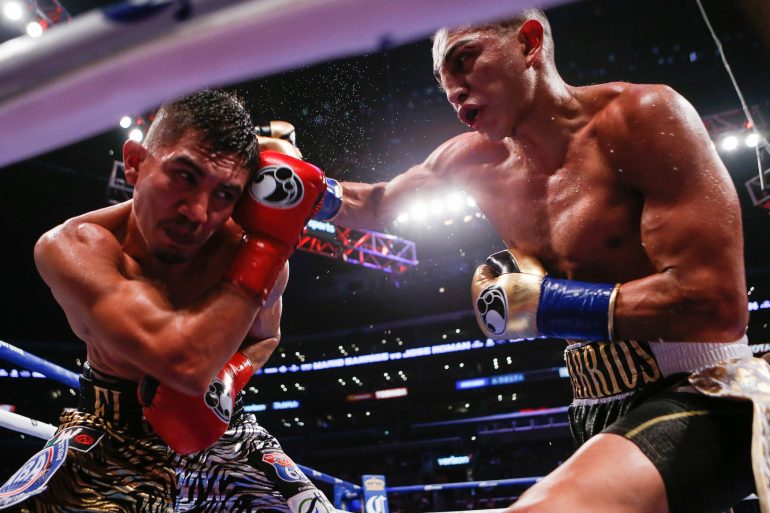 LOS ANGELES — Mario Barrios was in against soft competition, but he took care of business in proper fashion.

The junior welterweight prospect remained undefeated with an eighth-round stoppage of Jose Roman on Saturday at Staples Center in the kickoff bout of a Showtime tripleheader topped by Mikey Garcia-Robert Easter Jr.

Barrios (22-0, 14 knockouts) dropped Roman with a left hook in Round 4, and then a flurry of punches placed the opponent on the canvas again in Round 8. After the frame ended, Roman’s corner mercifully halted the mismatch.

“Body work is something I’ve been able to work on,” said Barrios. “You put the body work in early and by the end of the fight they have nothing left. That worked perfectly for this fight.

“This was the farthest I’ve gone in a while. It was great work and I feel like I’m transitioning to the fighter that I always thought I’d be.

“I feel I’m ready (for a title shot). I feel strong. I feel fast. I’m young, but whatever my managers throw at me, I’m ready. If I could get it tomorrow, I’d take it.”