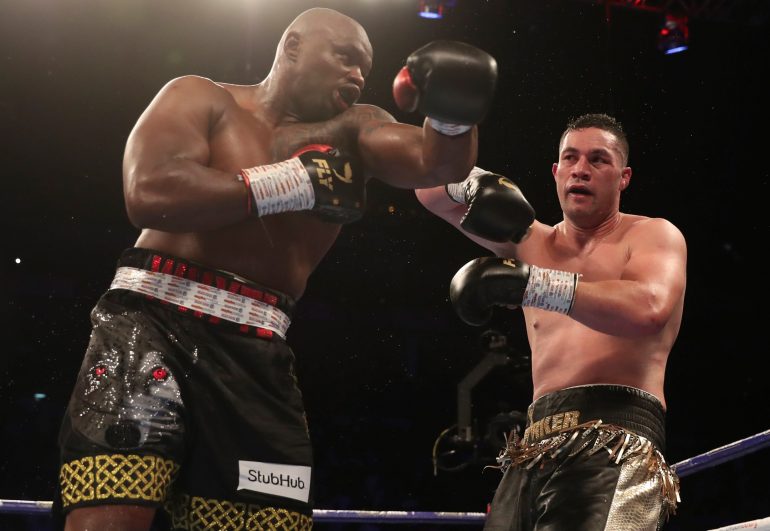 An ordinary heavyweight battle turned into a sensation in London on Saturday.

Dillian Whyte used his physical tools to overcome the quicker and more mobile former titleholder Joseph Parker by 12-round unanimous decision, but, in the end, he only just made it over the finish line. Official scores were 115-112, 115-110 and 114-111.

Whyte, who is rated No. 6 by The Ring at heavyweight, was given credit for a knockdown in the second, but the damage came courtesy of a head clash. However, a bodacious left hook to the jaw from Whyte floored Parker heavily in the ninth and the New Zealander did very well to survive it.

In fact, if anything, it woke the visitor up.

Following a lethargic performance in the early and middle sessions, Parker threw down with gusto in the final two rounds. He broke through with effective combinations in the 11th and floored his man with a vicious right hand in the final round.

Whyte, who fights out of Brixton, London, was absolutely exhausted at the finish and moments away from being stopped. The final bell saved him and must have sounded like a heavenly choir.

“Parker is slick,” said Whyte (24-1, 17 knockouts) in his post-fight interview with Sky Sports in the U.K. “I’m annoyed that I messed up at the final hurdle. I got rocked, took a knee and got up. I’m privileged to come in here and fight this guy.”

This is a signature victory for Whyte who is now well-placed for a heavyweight title shot. In the past, the 30-year-old power-puncher has targeted WBC titleholder Deontay Wilder, but a rematch against unified champion Anthony Joshua, the only man to have defeated him, would be a huge event in the U.K. 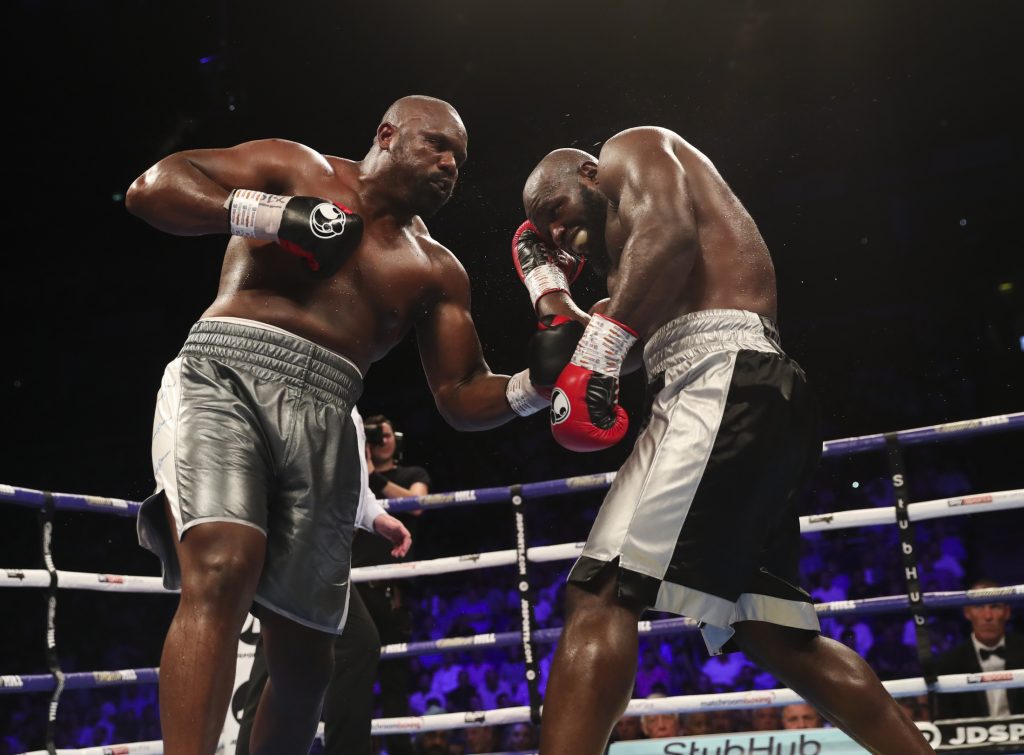 A matchup of heavyweight title challengers turned into a violent battle of attrition before producing a knockout of the year contender.

Dereck Chisora was under heavy fire from Carlos Takam through seven rounds in a compelling back and forth slugfest. However, early in the eighth, Chisora broke through with a massive right to the temple and Takam went down heavily. It was the kind of concussive head shot that’s tough to bounce back from and Takam, despite making it to his feet, was through. The London-based Chisora approached deliberately and released an identical shot to the tip of the chin which immediately floored Takam for a second time. Referee Howard Foster dispensed with the count and Chisora (29-8, 21 KOs) had the best victory of his career to date.