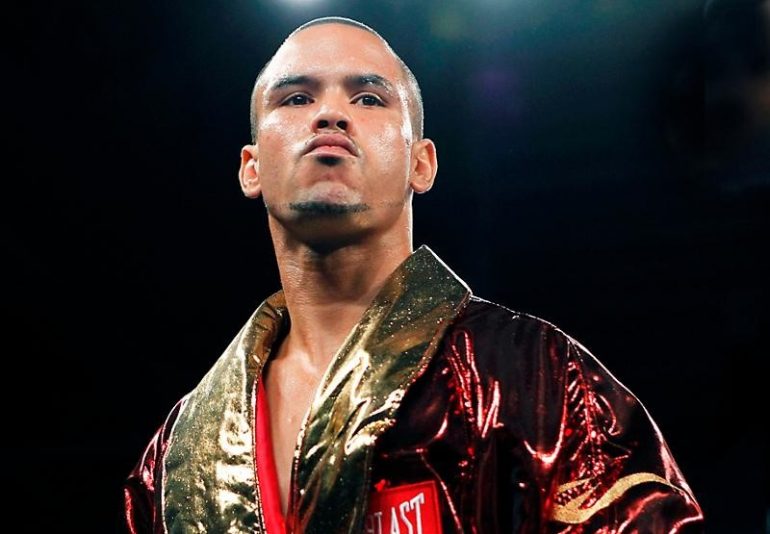 Fate favors the bold, and also, in boxing, the guy who is in shape, on weight and ready for a rumble.

Gabriel Bracero (age 37; of Puerto Rican derivation) has been getting that good work, sparring Robert Easter; who is counting down to a July 28 lightweight tango with Mikey Garcia, and Devon Alexander; who will fight Andre Berto on Aug. 4.

So, when Carlos Adames was scratched from his July 28 co-featured slot on a Kissimmee, Fla. card headlined by Christopher Diaz (23-0), for Top Rank, and 25-2 Artemio Reyes was left without a dance partner, Bracero raised his hand.

“I’m in,” the Brooklyn native said.

Thus, the 24-3-1 DiBella Entertainment boxer, who has been cornered and advised by NY boxing royalty Tommy Gallagher, found himself in the right place, at the right time. “I’m ready and in shape,” Bracero told me. “Teamed up with Antonio Tarver’s trainer Orlando Cuellar to help me out. I’m ready to capitalize off this. I’ve had the best sparring to get ready!”

Indeed, Bracero has emerged as the top-dog sparring partner for Adrien Broner so he was on Kevin Cunningham’s radar screen. He’s been there to give work to 135-pound champ Easter, as well as world-class 147-pounder Alexander. Yep, he’s willing to go up, go down, go all around, to get some pay and high-level work. (The Saturday scrap is contracted for 150 pounds, or less, Bracero informed me.)

This is, he says, the best sustained work he’s ever gotten, and he’s been a pro since 2001.

Sounds to me like this could be a career-shaper break for Bracero. If he beats Reyes, and looks good, he’s going to be front and center for some folks who can help fashion some breaks for him. The Top Rank crew has that ESPN output deal and, yep, that means there are more cards being run and more slots needing to be filled than in recent memory. Heck, same goes over on the DAZN side. Cards, cards, cards, and Perform has dumped a bunch of loot into a pile that will be doled out. A guy like Bracero, who recognizes that this is a fertile time span in the sport, is poised to make out. He just needs to get that “W” Saturday to go from sparring A grade pros and doing so in fine fashion, to boxing in that same vein. Note: The Bracero-Reyes fight will be the first bout on the main card, which streams on ESPN+. The main event is Diaz-Masayuki Ito which will be contested for the vacant WBO 130-pound title.