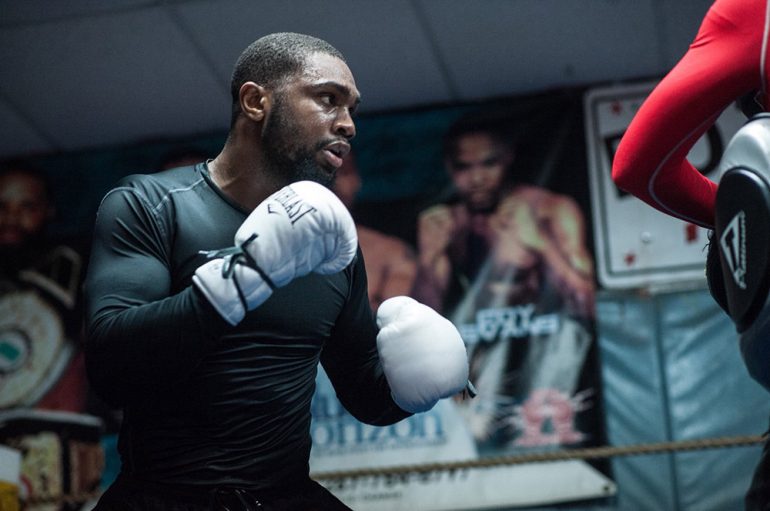 There was a slight strain of comic disdain in the voice of Jaron “Boots” Ennis when asked about his next opponent. That would be Armando Alvarez, whom Ennis will meet this Friday night in the scheduled 10-round welterweight main event of Showtime’s “ShoBox: The New Generation” series from the WinnaVegas Casino & Resort, in Sloan, Iowa.

When it was proposed that Alvarez is a pretty rangy, tough fighter, Ennis replied with a succinct, “Oh yeah, is he?”

Because Ennis has seen it all. He’s fought all over the world and there isn’t a fighting style he hasn’t encountered, and that includes a full range of physical characteristics.

It’s never mattered to him. Tall, short, stocky or lithe, Ennis has been an equal-opportunity destroyer.

Boots, the youngest of three boys who were all coached by their father, noted Philadelphia trainer Derek “Bozy” Ennis, accumulated a 58-3 amateur record, winning four national titles, including the 2015 national Golden Gloves, before losing to Gary Antuanne Russell in the 141-pound 2016 Olympic Trials final.

Despite Alvarez being 6-foot-1 and boasting a 79-inch reach, the 21-year-old Ennis (20-0, 18 knockouts) blows it off. For Ennis, it’s never been about adjusting to what the other fighter does; it’s always been about imposing his will. It’s why Ennis never goes into a fight with any set game plan. That fluid attitude is also why Ennis has been so hard to beat.

“It’s something that has always worked for us. I fight with the attitude that it’s up to the other guy to adjust to me — that’s if he can. That comes from all of the amateur fights that I’ve had. I used to have to fight all kinds of different fighters in tournaments, and you don’t know who you’re fighting. You have to constantly adjust from fight to fight. It’s why I never look at tapes of my opponents.

“If a guy fights one guy a certain way, he may not fight me that way. I am sitting down more on my punches and I feel stronger and more relaxed. It’s why I say it doesn’t matter what the other guy can do. He has to worry more about what I can and will do to him. I always wind up controlling the fighter. They always wind up doing what I want them to do. I’m telling you: I’m going to break [Alvarez] down. Watch and see.”

Ennis currently carries a streak of 10 stoppages. The longest Ennis has gone over the last two years is six rounds, which came in a unanimous decision over James Winchester in a March 2017 bout. Alvarez will be the first undefeated pro Ennis has faced.

Alvarez (18-0, 12 KOs), known as “The Gentleman,” says Ennis has been “babied” and “carefully carried” throughout much of the first 20 fights of his career.

Ennis countered, “Boxing, I’ve found, is both a mental and physical game, and I’m going to break [Alvarez] down both ways. I’m preparing, and people forget I’ve been boxing since I was a little kid. I was a baby in the gym in a jumper. Boxing is all I know and all I do. If I’m away from the gym for a few days, I feel weird.