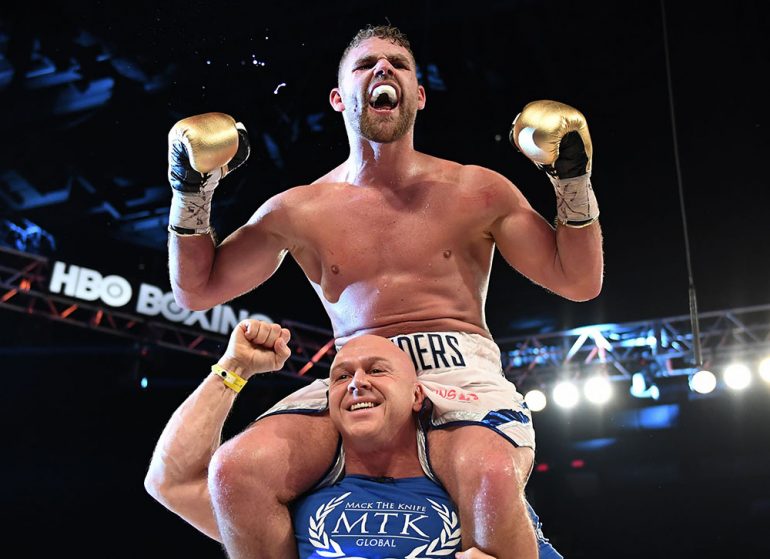 There’s already a major middleweight championship fight set for the fall with the Canelo-GGG rematch, and another later on with Daniel Jacobs-Sergey Derevyanchenko.

A third significant 50-50 title fight contested at 160 pounds could be added to the mix.

The WBO on Thursday ordered a fight between titleholder Billy Joe Saunders and Demetrius Andrade. According to the WBO’s official letter sent to both parties, they have 10 days to reach an agreement. Failing that, a purse bid will be ordered where rights to the fight will be auctioned off to the highest bidder.

However, it’s far from a formality that Andrade will accept the fight. He parted ways with longtime promoters Star Boxing and Banner Promotions two weeks ago, and sources told The Ring he’s currently fielding offers from Top Rank and Matchroom Boxing, both of which recently own major deals to stream fights in the U.S. Al Haymon has expressed interest, too.

Andrade (25-0, 16 knockouts) also has been inactive, with just one career fight at 160 pounds, a decision win over Alantez Fox in October on HBO. Saunders, a tricky southpaw who can box and move, will be a tall order, and the 30-year-old native of Rhode Island might want a tune-up or two first before accepting such a fight.

But title fights of this ilk don’t grow on trees, and for a fighter of Andrade’s caliber who has never appeared in a bout that matches his tremendous skill level, this opportunity might be too good to pass up.

Saunders (26-0, 12 KOs) looked spectacular when he completely outboxed former titleholder David Lemieux in December, but the 28-year-old Brit hasn’t competed since. The southpaw was twice slated to meet Martin Murray, but both times he withdrew citing injury. However, there’s much doubt about the legitimacy of the claims.

Murray himself accused the titleholder of faking, and GGG promoter Tom Loeffler revealed that Saunders had accepted a fight with Golovkin in the fall provided the rematch with Canelo fell apart.