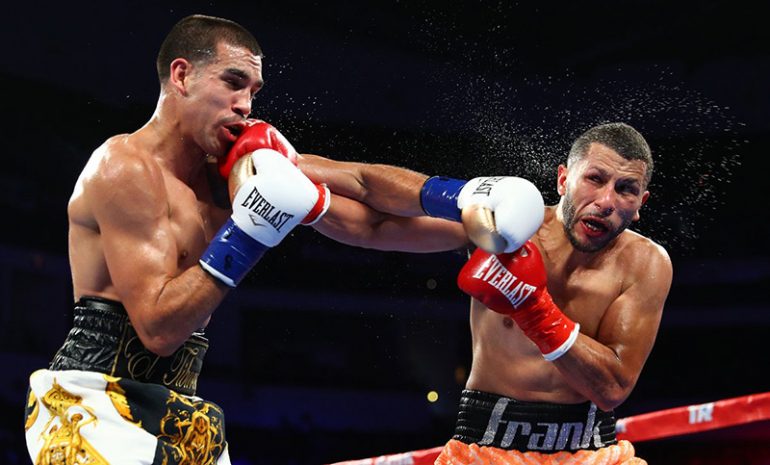 Vences was methodical and tactical with his offense during the first four rounds. The lack of action and exchanges between Vences and De Alba brought down a cascade of boos from the crowd inside the Save Mart Center in Fresno.

Vences switched to a southpaw stance in Round 5, allowing him to close the distance and connect with several punches over the middle rounds.

Entering the final two rounds, Vences did his best work, hurting De Alba several times with hooks to the body. To his credit, De Alba hung on and survived until the final bell.

“I didn’t live up to my hype,” said Vences after the fight. “It was good experience and a good fight. I tried and stay composed early on. I should’ve put my punches together, but he was countering al night.”

De Alba, who resides in Reading, Pennsylvania, dropped to 22-4-2, nine KOs. He has now lost his last two bouts.

The fight was originally one of the preliminary fights on the Top Rank card, but was elevated to the opening bout of the ESPN telecast when the main event bout between WBC 140-pound titleholder Jose Ramirez and Danny O’Connor was cancelled. O’Connor passed out from dehydration Friday morning when he was attempting to make the junior welterweight limit.