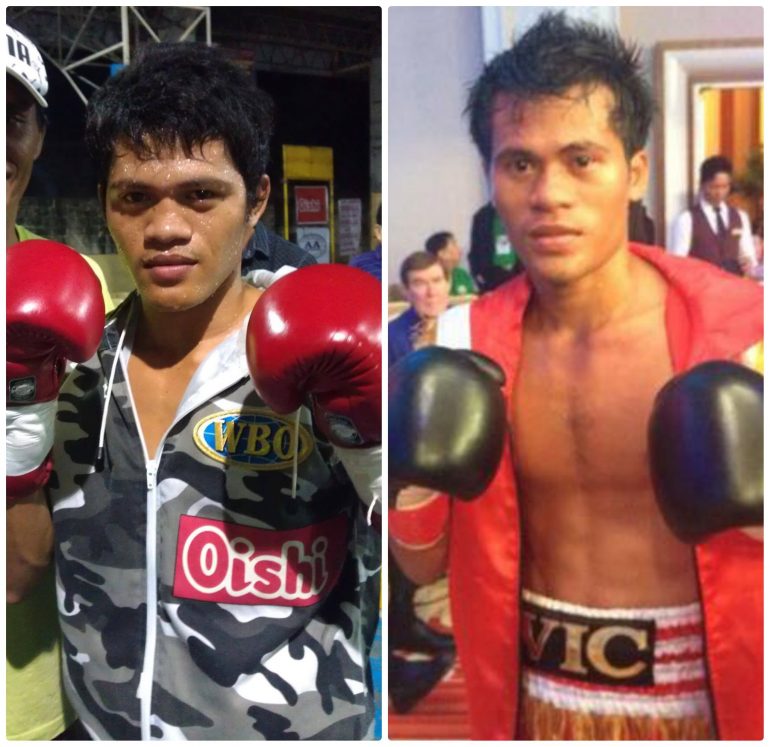 July 2018 is a busy month for the Saludar family of Polomolok, Philippines.

On July 13, Vic Saludar will get his second shot at a world title when he faces Ryuya Yamanaka for the WBO strawweight title in Kobe, Japan. Then, two weeks later on July 27, older brother Froilan Saludar will get his shot in the spotlight when he meets WBO flyweight beltholder Sho Kimura in Qingdao, China.

To hardcore followers of the local boxing scene, the Saludar family name is a familiar one. Froilan, 29, was a must-see prospect earlier this decade, while Vic, 27, had been a top member of the Philippine national amateur team. Their younger brother Rey, who has not turned pro, was a gold medalist at the same 2010 Asian Games in which Vic earned a bronze.

They’ve fallen short in their previous forays on the world stage. Froilan (28-2-1, 19 knockouts) was stopped in two rounds by McWilliams Arroyo in 2014, and managed to put Takuma Inoue down in Round 1 of their 2016 fight before Inoue rallied back to win a decision.

Vic (17-3, 10 KOs) also showed he had serious power in his first title shot in 2015, dropping Kosei Tanaka with a right hand, and led big on all three cards before a body shot put Saludar down for the count in the sixth.

Vic Saludar knocks down strawweight champ Kosei Tanaka in round 5. Tanaka came back to win by KO in round 6 #boxing pic.twitter.com/iXPDr9MvLE

Now the Saludar siblings are training together at the Sanman Gym in General Santos City with world title opportunities in front of them.

“This is history in the making. I am confident we will get the belts,” said Michael Palacios, head trainer of the brothers. When Vic heads to Japan, assistant trainers Boy Donaire and Ariel Saludar (older brother of Vic and Froilan) will take over with Froilan.

The Saludar brothers have been with the same training crew for the past seven months, and are managed by Katherine Rosillo and promoted by Kenneth Rontal.

Against Yamanaka (16-2, 5 KOs), Vic sees a light-hitting fighter who is vulnerable to the body, but Palacios is wary of the incumbent champion, who won the title by outpointing Tatsuya Fukuhara last August and is making his second defense.

“Definitely not easy. At first I thought it is easy for Vic, but I watched the video many times and I realized it’s not an easy fight,” said Palacios.

Kimura (16-1-2, 9 KOs) is also making his second defense, having risen to prominence with his upset of Zou Shiming last July. Froilan, though shy about his words, expressed confidence that he’s up to the task.

“I can beat Kimura because of the style,” he said. “Kimura keeps pushing forward, so it’s good for me.

“I really want to prove that the expectations were right,” Froilan continues. “I think it can be more, because I’ve been dreaming about this for so long.”

If the Saludar brothers can win big on the road, it would indeed be Christmas in July for their family.