Beibut Shumenov: ‘I am right here – ready, willing and able to fight anyone’ 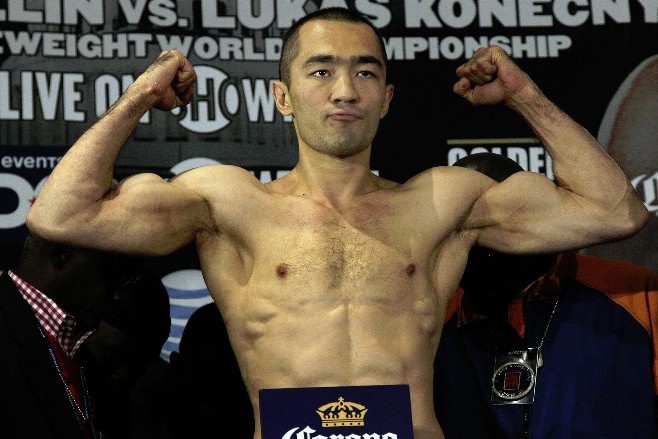 Remember him?
02
Jul
by Anson Wainwright

Shumenov (17-2, 11 knockouts) won the WBA light heavyweight and cruiserweight titles in a successful career. [Editor’s Note: The latter was a version of the WBA title that is unrecognized by THE RING]. However, he stepped away from the game last year for several reasons, most notably a persistent eye injury.

“It was an accumulation of things,” Shumenov told THE RING. “When my injury happened a week before my last fight in April 2017, I had been training for the last year. The date of my fight had changed more than 10 times during the course of that year. I was provided six different days even in the month of April.

“After my injury and procedure, I was just so burned out from boxing. The inactivity of the last several years and being in the gym training every single day with no date and changing dates was very frustrating. I was physically and mentally done.”

The 34-year-old veteran’s decision to return is all the more surprising given that he comes from a wealthy family.

“After I retired, I traveled the world and spent time with my family,” Shumenov said. “I wasn’t watching or reading anything about boxing. After having that time off, I was able to clear my mind. I got a release from my manager and I had a fresh start. Everything happened at the perfect time. Taking care of my family is my motivation.”

Shumenov will be fighting in his home country of Kazakhstan for the first time since 2011. His opponent, Altunkaya (31-1, 17 KOs), should present sturdy opposition.

“I don’t really like to study my opponent,” Shumenov explained. “I already let my trainer, Ismael (Salas) do that and he has a strategy in place for us.

“I am very happy to be fighting back home in my country. It has been a long time and to fight during the 20th anniversary celebration of Astana being the capital of Kazakhstan makes it that much more special.

“After being off for a long time and the inactivity of the past several years, I would like to have two or three more fights right away, then I will be fully ready to fight the best fighters.”

Despite not targeting any particular opponent, Shumenov will be happy to lock horns with any of the top cruiserweights in due course.

“I am not chasing anyone, I am right here – ready, willing and able to fight anyone,” said the former titleholder. “I am self-promoted and self-managed, which makes it very easy for me to make any fight.”