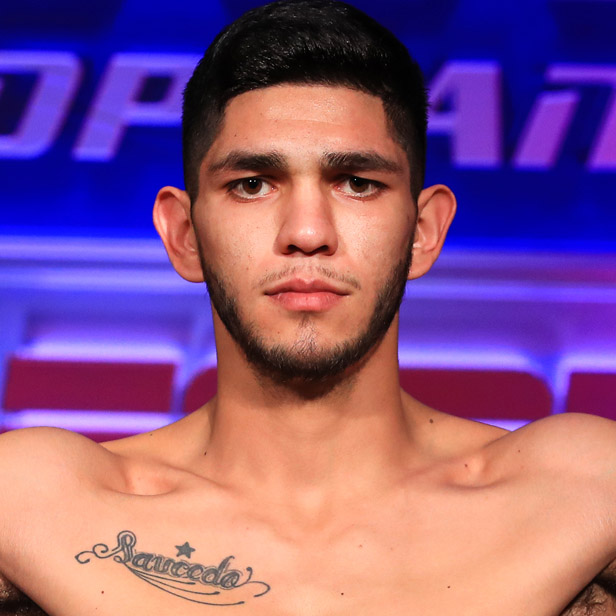 Alex Saucedo has long dreamed of this night.

He’ll emerge from the same locker-room future hall of famer NBA players Kevin Durant, James Harden and Russell Westbrook once trotted out of together, and Saucedo will take the ring in front of his hometown fans.

It’s also a step-up bout for Saucedo, an opportunity to prove he’s a contender and not a pretender. The 24-year-old has mostly feasted on no-hopers, but Lenny Zappavigna is a tough veteran gatekeeper who will expose any prospect not ready for greater things.

Saucedo and Lenny Z meet on Saturday at the Chesapeake Energy Arena in Oklahoma City, Oklahoma, home of the Thunder, in an ESPN-televised bout at 140 pounds.

“It has taken a long time for me to get to this point, to fight in front of my home fans in the big arena here in Oklahoma City. It’s an honor,” Saucedo said. “Lenny Z is a very aggressive fighter. He has almost 30 knockouts on his record and is a very dangerous fighter. I know that with the support of my people, I’ll be victorious once again.

“I grew up in Oklahoma City. I’ve always wanted to come home, and after 27 pro fights, we made it happen. It’s been six years of working hard, and the hard work has paid off. ESPN is coming to town. This is incredible.”

Saucedo (27-0, 17 knockouts) was life-and-death with Mexican journeyman Abner Lopez in March, an exciting slugfest that forced the 24-year-old to dig deep and contend with a nasty gash under his right eye suffered in Round 2.

Saucedo rallied, though, and scored a seventh-round knockout of Lopez to preserve his undefeated record and make it to the homecoming fight he’s long pined for. He endured a 12-week camp with renowned trainer Abel Sanchez in Big Bear Lake, California.

The Mexico native could be in line for a shot at promotional stablemate and WBC junior welterweight titleholder Jose Ramirez later this year, but first, Lenny Z (37-3, 27 KOs) needs to be accounted for.

“I want any of the champions at 140 pounds,” he said. “I want a title shot, and I know beating Lenny Z will help me earn a title shot.

“All I did was eat, sleep, and train. In order to become a champion you have to make the sacrifices.”