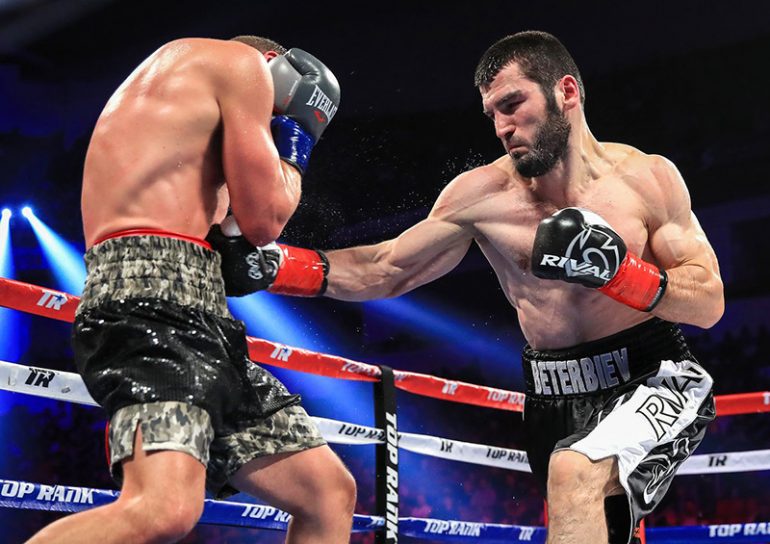 The promoter told THE RING on Tuesday that he’s cut a deal to place his fighter Callum Johnson’s light heavyweight title challenge of Artur Beterbiev on the streaming platform on Oct. 6.

The IBF mandatory title bout was set to be auctioned off at a purse bid on Tuesday, but Hearn was able to complete a deal with Yyon Michel, who promotes Beterbiev.

Beterbiev, a 33-year-old Russian puncher who resides in Montreal, was embroiled in a legal dispute with Michel, but the Canadian promoter won the battle in court earlier this month.

Top Rank hoped to sign Beterbiev (12-0, 12 knockouts), and had even promoted his victory over Enrico Koelling in November after they won a purse bid that Michel elected not to participate in.

“I have not met with Beterbiev but we are communicating through his management’s team,” Michel told ESPN. “After the court decision I had an excellent and cordial meeting with them.

“Our contract has been declared valid [until 2021]. We both have obligations and responsibilities and we will continue to honor it. You can expect the IBF light heavyweight champion to be very active defending his title or in unifications.”

With three of the top 175-pounders in the world fighting under the GYM banner, there should be plenty of meaningful light heavyweight title fights coming to Canada.

But first, Beterbiev must deal with Johnson (17-0, 12 KOs), a 32-year-old Brit who is coming off a first-round TKO of Frank Buglioni.