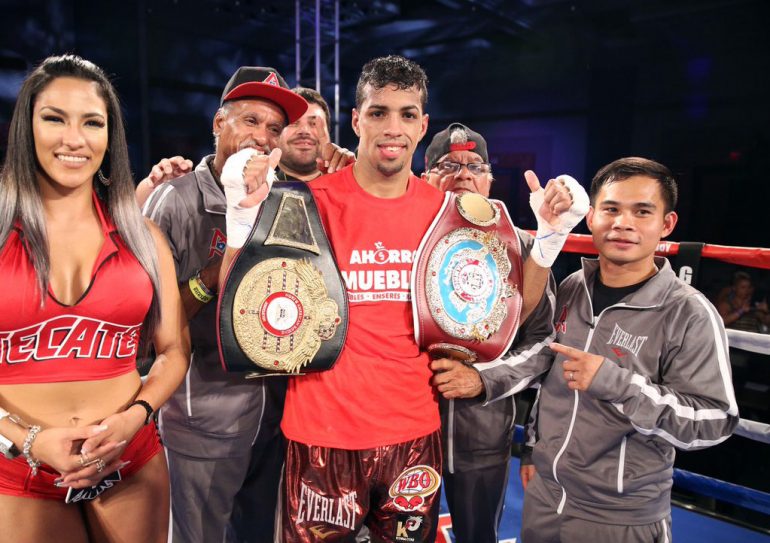 He’ll put his 130-pound title on the line against mandatory challenger Rafael Mensah on July 21 in Las Vegas in the HBO co-feature to Jamie Munguia-Liam Smith, it was announced Friday.

Machado (19-0, 16 knockouts) claimed a junior lightweight belt when he scored an eighth-round knockout of Jezreel Corrales in October. The 27-year-old Puerto Rican is massive for a 130-pounder at 5-foot-10, and the southpaw’s power was on full display against the crafty Panamanian.

“One as a fighter knows the sacrifices that are made to become world champion,” said Machado, THE RING’s No. 3 junior lightweight. “Because of that, I will defend my title with blood and honor this July 21. Rafael Mensah is the mandatory challenger, and he possess great credentials, including an impressive record.

“That’s why I’m preparing more than ever to walk away with my hand raise in my first defense.”

Mensah (31-0, 23 KOs) has never fought outside his native Ghana, but the African nation has produced a surprising amount of quality fighters over the years. Ike Quartey, Joshua Clottey and Joseph Agbeko all hailed from Ghana before they made a name for themselves as champion fighters in the U.S.

Mensah is confident he can join their esteemed ranks.

“I know Machado and there is no doubt I can beat him,” said Mensah, 27. “When I saw Machado, I said ‘Yes, I can beat you. You are not somebody that can beat me. You cannot beat Rafael Mensah. I will come and maybe not knock you out, but I will beat you in boxing and teach you a good boxing lesson.’”