Mikey Garcia wants a crack at Errol Spence Jr. in December, and it actually could happen 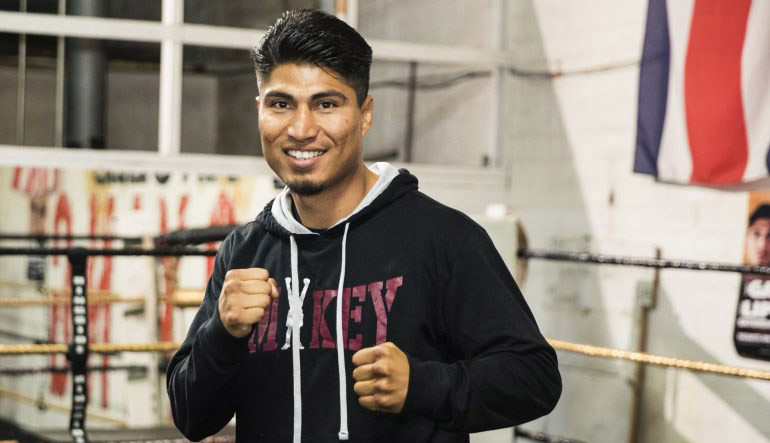 LOS ANGELES — Before Mikey Garcia met Sergey Lipinets in March, he surprised the media when he dropped Errol Spence Jr.’s name as a potential future opponent.

I mean, Errol Spence Jr.? Not only is he a special talent, he’s large for the 147-pound weight class, and a devastating puncher to boot.

Garcia, of course, won his first world title at 126 pounds, and when he moved up to 140 pounds for a shot at Broner, that was considered his weight ceiling by experts. But if you know anything about Mikey Garcia, you know the more he’s doubted, the more he wants to prove everyone wrong.

The 30-year-old, who claimed a 140-pound title with a decision victory over Lipinets, will move back down to 135 pounds for a lightweight title unification matchup with Robert Easter Jr. on July 28 at Staples Center (Showtime). But after that?

He reiterated during an interview with THE RING that he would relish the opportunity to move up to welterweight for a December showdown with Spence, who successfully defended his title with a first-round knockout of mandatory challenger Carlos Ocampo on Saturday.

It sounds like this is far more than Garcia just whistling in the wind. Sources involved with knowledge of Al Haymon’s thinking indicated that Spence-Garcia actually could take place in December on Showtime. Haymon advises both fighters.

“I want to do that in December. If [Spence is] available, that’s what I would take,” Garcia told THE RING. “It’s not something maybe a lot of people think is going to happen, or like I should, but that’s probably the biggest reason I want to do it, because everyone keeps saying ‘no.'”

Garcia (38-0, 30 knockouts) would concede three-and-a-half inches in height, and plenty of size overall. Garcia isn’t a large man and his frame is best-suited for 135 pounds. Spence, on the other hand, possesses a large back that portends he could easily fight at 154 pounds or even 160 one day.

Still, Garcia owns the requisite talent to ostensibly compete with anyone. He believes that he “of course” could win, and his timing is among the best in the sport. So, too, are his overall boxing skills and counter-punching ability.

He’s currently rated No. 4 by THE RING pound-for-pound, three spots ahead of Spence.

“It definitely could work out,” Spence (24-0-1, 21 KOs) told BoxingScene.com’s Keith Idec. “If he wins – say if he wins because Robert Easter, that’s my guy. That’s my friend. So I’m not saying [Garcia is] gonna win, but if he does win, the fight could happen.”

“It says he’s a true champion, he’s a true fighter and he dares to be great. Just to move up to fight somebody who’s supposedly the most feared boxer in boxing, and he’s moving up to take that challenge, he’s basically daring to be great, daring to be a hall of famer and do something that, you know, a lot of fighters are not willing to do, especially in today’s times. So kudos to him.

“Much respect to him for even mentioning that. But, you know, like I said, a lot of people mention a lot of things, a lot of people say a lot of things. But once it’s brought to you, you know what I’m saying, people rarely accept it or live by their words. So, I mean, he could just be blowing smoke. I don’t know. If the fight is offered to me, I will take that fight. But we’ll see.”

Mythical matchups like Spence-Garcia always start out as pipe dreams. Slowly but surely, though, Garcia is speaking his wish into existence. Would Garcia be given any chance to beat Spence if it actually comes to fruition? No.

But Garcia wouldn’t have it any other way, and that’s why he even wants the challenge in the first place.