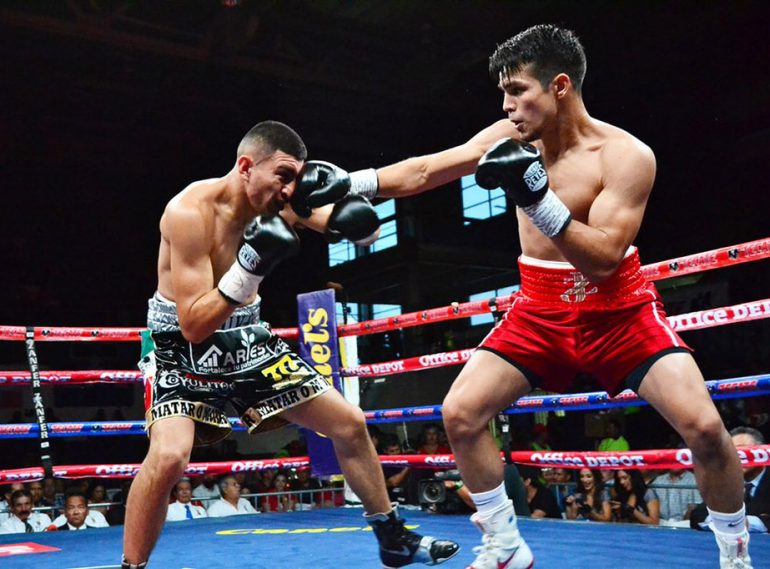 Jose Zepeda recovered from a knockdown to stop Carlos Diaz in Round 5 Saturday night at the Auditorio del Estado in Mexicali, Mexico.

The fight was announced as a WBA lightweight elimination bout, even though Zepeda is only ranked No. 6 by the WBO at 140 pounds. Entering the fight, Diaz (26-1, 13 knockouts) was ranked No. 9 by the WBA and No. 3 by the WBO.

The southpaw Zepeda, who resides in the Mexicali area and was fighting before a partisan crowd, and Diaz traded combinations in the center of the ring from the opening bell. Diaz walked Zepeda down in Round 3, closing the distance and connecting with several right hands to the head. The applied pressure worked, but it was a left hook to the body that dropped Zepeda to one knee with less than a minute left in Round 4. Zepeda beat the count and finished the round. 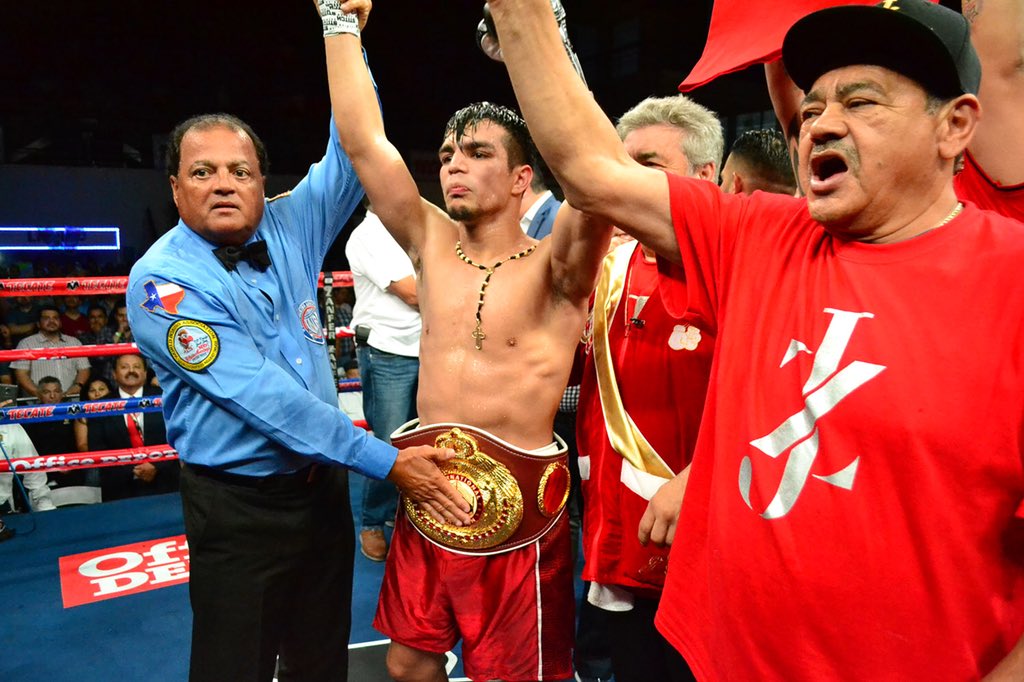 Diaz continued to press the action, but was stunned past the midway point of Round 5. Zepeda went on the offensive, battering Diaz around the ring and dropping him to the canvas moments later. Diaz remained on one knee as referee Rafael Ramos counted him out at 2:40.

Zepeda improves to 29-1 (24 KOs). He has won his last six bouts since suffering his only loss at the hands of then-WBO lightweight titleholder Terry Flanagan in July 2015.

The southpaw Ponce (11-2-2, 7 KOs) pressed the fight during the first two rounds, using his awkward style in attempting to score with left hands. Duran began to counter Ponce, eventually pinning him against the ropes and breaking him down.

Duran dropped Ponce twice in Round 5, first with a left hook to the body and a right uppercut to the head later in the round. Duran was on the attack during the final round, but was not able to finish Ponce off.

The Zanfer Promotions card aired on Azteca TV throughout Mexico and beIN Sports en Espanol in the United States.

Francisco A. Salazar can be reached by email at [email protected] on Twitter @FSalazarBoxing