Jermell Charlo pushing for pound-for-pound recognition, one fight at a time 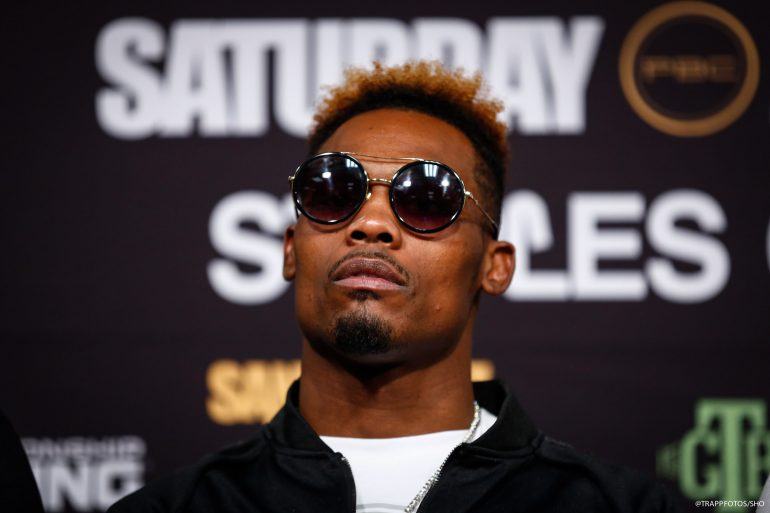 After all, he’s not headlining Saturday at Staples Center on Showtime. That honor belongs to Leo Santa Cruz and Abner Mares, who will face off in a rematch of their fight of the year candidate from 2015. Instead, Charlo will defend his junior middleweight title against Austin Trout in the other half of the doubleheader.

The smaller Charlo’s blend of talent and charisma is undeniable. He’s slowly but surely built himself into an all-around fighter, a titleholder capable of ending matters with one swift punch.

Erickson Lubin was the hottest prospect in boxing when he was eviscerated in one round by a Charlo left hand. Charles Hatley was a bona fide contender, but he, too, succumbed to Charlo’s power.

Charlo (30-0, 15 knockouts) is clearly one of the sport’s finest talents, but you won’t find him on any pound-for-pound lists. And he still hasn’t headlined on Showtime. Charlo is advised by Al Haymon, but both Bob Arum and Eddie Hearn have pursued the Houston native as a promotional free agent.

The brash 28-year-old speaks a big game, looks the part and owns plenty of style to go with it. Just recently, he wrapped up a shoot for GQ, and a star turn seems on the horizon, but Charlo isn’t a patient man.

“Some critics say that me and my brother haven’t fought the people required to be on the pound-for-pound list. My race to the top continues Saturday night to prove all those people wrong,” said Charlo, who has dark hair on the sides with the top of his hair died blonde.

“I look to do what my brother did against Trout, but way better. If that’s with a knockout or just picking him apart, I’m ready. I’m fighting for a lot more than just a win on Saturday. We’re going to keep shining and do what we have to do.”

What Charlo really needs to accomplish to obtain that mythical status is secure a unification fight with Jarrett Hurd, the hulking 154-pounder who became the first fighter to stop Trout when they met in October.

All Hurd did for an encore was outpoint longtime division kingpin Erislandy Lara in April, almost knocking the Cuban out in the final round. A matchup between Charlo and Hurd would crown a new RING champion at 154 pounds, and more importantly, the winner would surely vault himself onto most pound-for-pound lists.

“I have to deal with Austin Trout. Jarrett Hurd is not my focus right now,” said Charlo, who owns an apartment in Koreatown, where he often resides, about a 15-minute drive from Staples Center. “I definitely want to unify titles soon and I hope he comes out ringside on Saturday night so I can look at him after this fight. Everyone knows what time it is.

“I see things a little bit differently than a lot of boxers see things. I was once legally blind, I had surgery (Lasik) so now that I can see well, I still keep those tactics when my eyes or vision would go blurry or something. If that happens to me, I know how to fight adversity but a lot of guys don’t.”

Charlo isn’t quite a star yet, but all the qualities are there. The look, the moxie, the bravado to talk trash to his opponents even after he’s knocked them out. Saturday’s fight is another opportunity for Charlo to gain new fans, improve his stock and grab what he believes is already his.