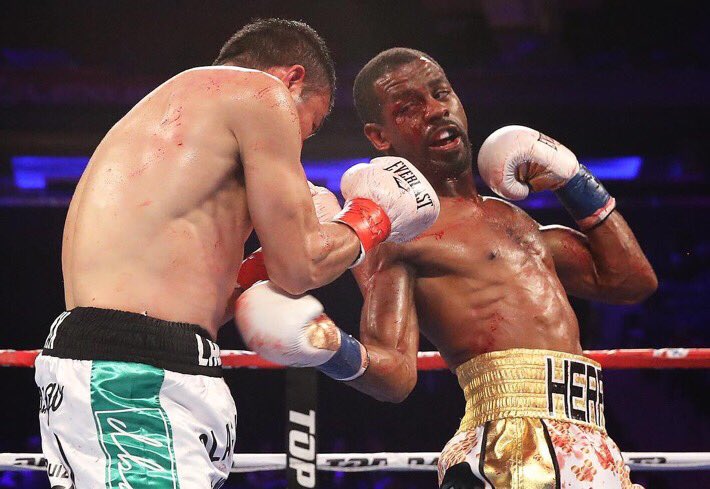 Not sure if you’ve noticed, but Gervonta Davis has become a must-follow on Twitter.

He’s usually feuding and fighting with someone or someones, so there’s no absence of drama when the Baltimore boxer takes to social media. 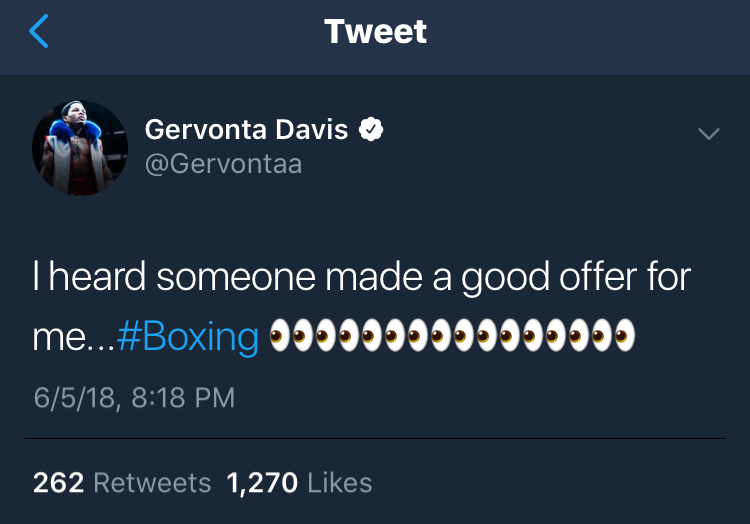 …and isn’t shy in the least about making that known. Davis also will take opportunities to stir up the pot regarding possible bouts, and that has been the case this week. The recipient of his pot-stirring in this realm is Jamel Herring, who made the jump from PBC to Top Rank earlier this year.

Herring was last in action in May, when he bested Juan Pablo Sanchez underneath the Vasyl Lomachenko-Jorge Linares scrap.

So, what does the 17-2 Herring think about the tweets from WBA junior lightweight titleholder Davis, who holds a 20-0 (19 KOs) mark and will glove up again end of summer? 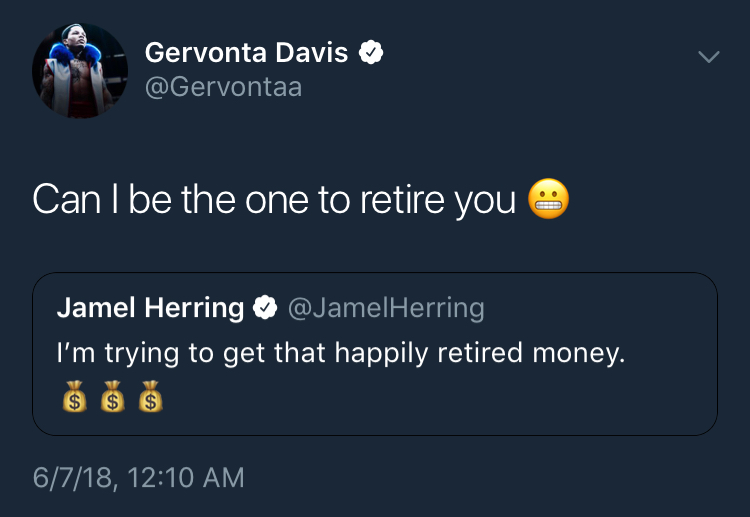 “I can say that I’ve heard from others on his end that the reason he’s attacking me on social media is because he’s territorial about the division and I’m a threat since I’m easing my way down to super featherweight (from lightweight),” Herring told me. “As a Marine, we don’t back away from any fight, even though the fight doesn’t make any sense for me since I’m not ranked by the WBA, but the professional side will just say all he needs to do is reach out to Top Rank if he has that much of an issue with me. Me being a fan of boxing, I would’ve loved to see this same energy when Vasyl Lomachenko called him out, but truth be told I’m flattered that a two-time world champion is calling me out. This is boxing, and if you want to be the best you have to fight the best out there. But I refuse to get out of character and be ignorant when we can all pick up a phone. I’ve already informed Carl Moretti, so he’s well aware. As of now I’m just focusing on me until otherwise, but I’m looking to return end of August or early September for a regional title to move me up the rankings as of now.”

Yep, Herring is a classy cat. He’s not the one to return fire on social and feed the beast of desire for the sensational. Sorry, folks. But I do recommend you follow Davis on Twitter, and Herring too. The latter is just a good role model, to be honest, and the world at large needs that even more than we need the “fun” follows.