Saddled with a relentless medical condition, Mike Lee fights on 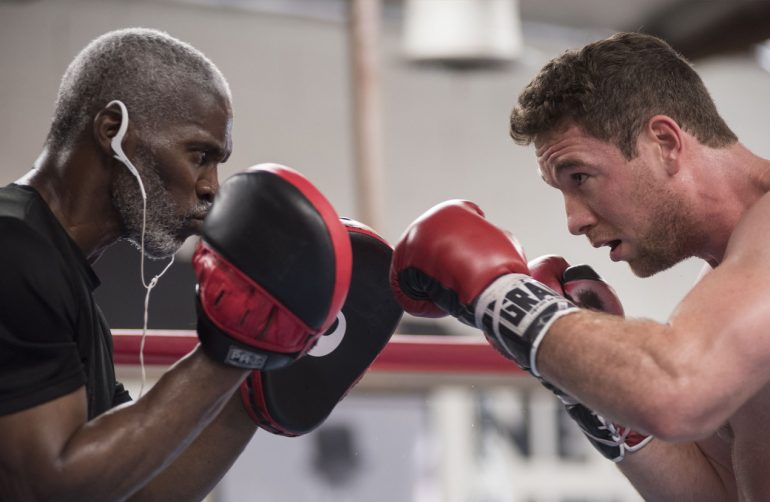 Lying there alone in a white, sterile Chicago hospital room, amid the beeping monitors and drips, tethered to IV tubes pumping drugs into his veins, was Mike Lee, not feeling so immortal anymore. The Notre Dame grad who gained acclaim by doing Subway commercials, 11 fights into his pro career, had hit his nadir, wondering what was next.

The reality shock came in something as simple as children’s laughter from his room’s window. Peering outside, Lee was jolted by the sullen pang for the chance to one day run around like those kids, instead of dealing with the constant pain that coursed through him, for which doctors had no answers, at the time.

One day his face was splashed all over national TV. Fight fans were intrigued by the good-looking 25-year-old with the bright smile hawking sandwiches.

In times like these, you tend to learn more about yourself. Lee did. He found out what shaved 18 months off his career – from September 2012 to April 2014 – was an autoimmune disease called ankylosing spondylitis, which the Mayo Clinic defines as an inflammatory disease, chiefly affecting young males, that, over time, can cause the vertebrae in the spine to fuse, which makes it less flexible and can result in a hunched posture. If the ribs are affected, it can be difficult to breathe deeply. Signs and symptoms typically begin in early adulthood. Inflammation also can occur in other parts of the body, most commonly the eyes. There is no cure for ankylosing spondylitis but treatments can lessen ones symptoms and possibly slow progression of the disease.

Symptoms include pain and stiffness in the lower back and hips, especially in the morning and after periods of inactivity. Neck pain and fatigue also are common. Over time, symptoms might worsen, improve or stop at irregular intervals. The joint between the base of the spine and the pelvis (sacroiliac), vertebrae in the lower back, places where the tendons and ligaments attach to bones (entheses), mainly in the spine, but sometimes along the back of the heel cartilage between the breastbone, ribs, hip and shoulder joints are affected.

So basically Lee discovered every body part that’s essential to a fighter would suffer more pain than what most endure doing road work, pounding the heavybag or jumping rope.

Lee (20-0, 11 knockouts) will be fighting 35-year-old Jose Hernandez (19-3-1, 9 KOs), on Friday night, at the Allstate Arena, in Rosemont, Illinois. Lee, 30, is coming off of a nine-month layoff but the light heavyweight says he’s in great shape from constantly being in the gym.

That Lee is fighting at all is a victory in itself.

“I remember laying in a hospital bed in Chicago, with drugs being pumped into me, having pain daily, having chronic fatigue and daily headaches, wondering what was going on,” Lee said. “Sometimes I would be there for three weeks, and, one time, I looked outside and saw kids playing. I remember feeling grateful to just run outside like those kids were.

“In terms of rock bottom – that was it. I wasn’t pissed off. If anything, I was sad and broken. I knew I would be grateful to just run around. What started me back was getting the diagnosis and finding out what was going on. Something was always hurting. Some days were worse than others. One day it could be my back, or my head, or my knees, or my elbows. Some part of me is hurting the moment I open my eyes still today.”

Lee injects himself every two weeks with a medication that addresses his body’s inflammation.

“This struck me out of nowhere, and it not only hit me physically but struck me mentally and has been very difficult to go through,” Lee said. “One time you’re on top of the world – and I had this dream almost taken away. I went from someone who thought he was immortal to being in the hospital for two years in severe pain.

“It was the worst time in my life. You’re on top of the world at one moment, then crushed the next. It turns out a lot of people go through this.”

After Lee won a four-round unanimous decision over Paul Harness, on September 15, 2012, on the Sergio Martinez-Julio Cesar Chavez Jr. undercard, it started. Routine workouts were no longer routine. They came attached with overwhelming pain throughout his body. He couldn’t figure it why. He would break out in rashes, and have chronic headaches. There were some days when Lee couldn’t even get out of bed. In addition were the anxiety attacks. Doctors couldn’t figure out what was going on. The unanswered probing began to wear on Lee.

Lee was working with Ronnie Shields at the time, in late-2012, at the Plex Gym in Houston, Texas. He recalled it being a muggy, hot morning when he was sparring. Suddenly his legs went out from under him and his back gave out. He said, “It felt like I got hit by a sniper, and I just dropped to the canvas.”

Making it worse was Lee couldn’t get up. His back flared up like it was on fire. His next fight had to be canceled, and pain spread from his back to his joints and to his head.

“For two years there, I thought I was going crazy,” recalled Lee, then 27. “Once I took the blood marker test, that set us on the right course. I still deal with it. At first, I thought boxing somehow caused this but I have to say boxing didn’t cause this condition. I began to start healing from the inside out.

“What it’s taught me is to have gratitude, man. When you go through those things – and I know some people go 10 years through those things – you have gratitude. I still have pain to this day and I’m not letting it stop me. I refuse to let it stop me, and that’s been extremely gratifying. The other thing it taught me was mindset. I’ve become so mentally strong that I literally visualize every single fight now with extreme clarity.

“How it looks, how it smells, how it tastes. I do the same thing with my body. I envision my body and my mind being healed. It’s helped put me in a different place. I’ve tapped into how important your mind is. I wanted to figure out what was going on with me. That was the biggest change with me. I go through more than what a lot of other guys go through. My diet has to be very specific. I have to monitor things. There is a fight after the fight. There always will be.”