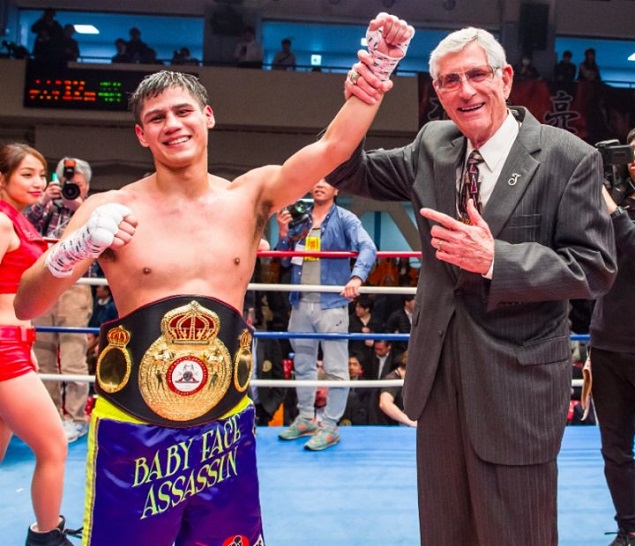 The bout will take place at the Ford Center at the Star in Frisco, Texas, the training facility of the Dallas Cowboys. The Roman-Flores fight will support the welterweight showdown between IBF titleholder Errol Spence Jr. and mandatory challenger Carlos Ocampo.

Both fights will air live on Showtime.

Roman (24-2-1, 9 knockouts), who resides in the Los Angeles area, won the WBA title on September 3, stopping Shun Kubo in the ninth round, in Kyoto, Japan. The 28-year-old Roman returned to Japan almost six months later, winning a 12-round unanimous decision over Ryo Matsumoto on February 28.

Roman, ranked No. 5 at 122 pounds by THE RING Magazine, has won his last 16 fights and is promoted by Southern California-based Thompson Boxing Promotions.

Flores (25-0, 17 KOs), Guadalajara, Mexico, has been the longtime mandatory challenger to the WBA title and is ranked No. 7 by THE RING.

The 31-year-old Flores has not fought since his June 17 clash with former Guillermo Rigondeaux. The WBA junior featherweight titleholder at the time, Rigondeaux was originally declared the winner but the Nevada State Athletic Commission reversed the outcome from a first round knockout win for Rigondeaux to a no-contest. It was determined that the punch Rigondeaux landed that dropped Flores occurred after the round ended.

Flores, who has only fought four times since April of 2015, was not able to continue after the knockout blow.

Flores’ most notable victories are a split decision over Colombia’s Oscar Escandon and a technical knockout over Luis Emanuel Cusolito, of Argentina.