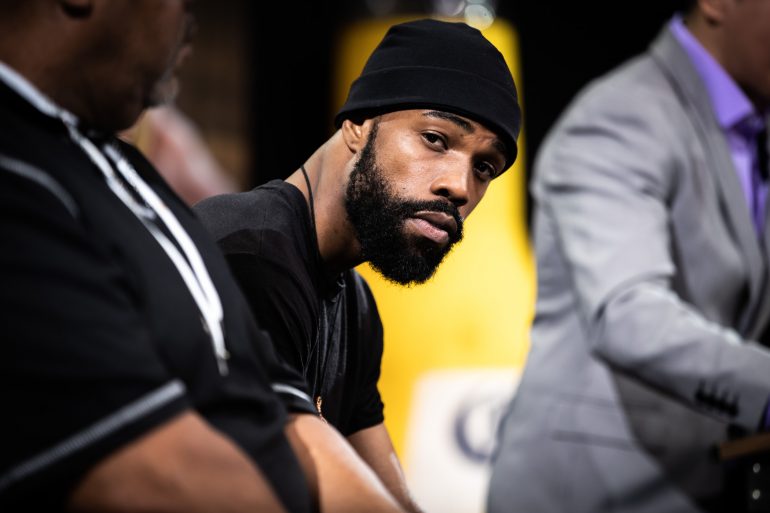 Amanda Westcott/Showtime
18
May
by Mike Coppinger

Gary Russell Jr. is certainly one of the sport’s elite fighters.

The problem is that he rarely steps into the ring, and when he does, it’s usually against uninspired competition.

Russell (28-1, 17 knockouts) is ready for his annual foray into the squared circle, and on Saturday at the MGM National Harbor in Oxon Hill, Maryland, he’ll face a worthy challenger for the first time during his featherweight title reign that began in March 2015.

Joseph Diaz Jr. has competed 16 times during the same span Russell fought just four times. But Russell is confident that his supreme talent and speed will carry the day, even if Diaz is sure to be sharper.

“We’re 120 percent ready for fight night,” Russell said. “We’re hungry. As long as I have this strap, nobody is walking in here and taking it. I know Diaz is going to bring his best to the table, but we’re ready. The strap is staying at home.”

For the second consecutive fight, Russell will defend his belt near his hometown of Capitol Heights, Maryland. The 126-pound titleholder scored a seventh-round stoppage of Oscar Escandon last May in a defense at the same venue, but Diaz figures to present a far more stern challenge.

Diaz banged the drums for this fight loud and hard since he earned mandatory status, and he hasn’t been shy about what he plans to do come fight night. He’s promised to anyone who would listen that he’ll spring the upset, that this is his time, and that’s ready to be a champion after failing to medal at the 2012 Olympic Games.

Of course, contending with Russell’s incredible speed and actually doing it are vastly different matters.

“Diaz worked his way up the ranks to get this fight,” said Russell, 29. “He did everything you have to do to get in position to fight for a world title. He’s already mentioned that I’m the best fighter in the division and he knows that all the other champions in the division are afraid to step up and compete against me.

“If we can get through this bout, I would love to get in the ring and unify with any of the other featherweight champions. The timing is perfect right now for any of these unification fights. If they still don’t want it, I’m willing to move up in weight to meet any of the guys who have a name. It’s time to make it happen.”

If Russell gets past Diaz and secures a meaningful fight, it would be a welcome sight for boxing fans who have yearned to see him brush up against world-class competition.

Russell was dominated by Vasiliy Lomachenko in his first world title fight, but the talent has always been readily apparent. The blinding speed. The lightning quick combinations. The deft footwork and punching power packed into his 126-pound frame.

And to Russell’s credit, he’s completely wiped out his last three foes, all of which didn’t belong in the same ring with him.

But it’s time for Russell to face truly elite competition, whether it’s the winner of the rematch between Leo Santa Cruz and Abner Mares, Carl Frampton or even fellow titleholder Lee Selby.

It’s also time for Russell to step into the ring more than once a year. Talent alone isn’t enough to build a legacy in boxing, if that’s what Russell truly wants.