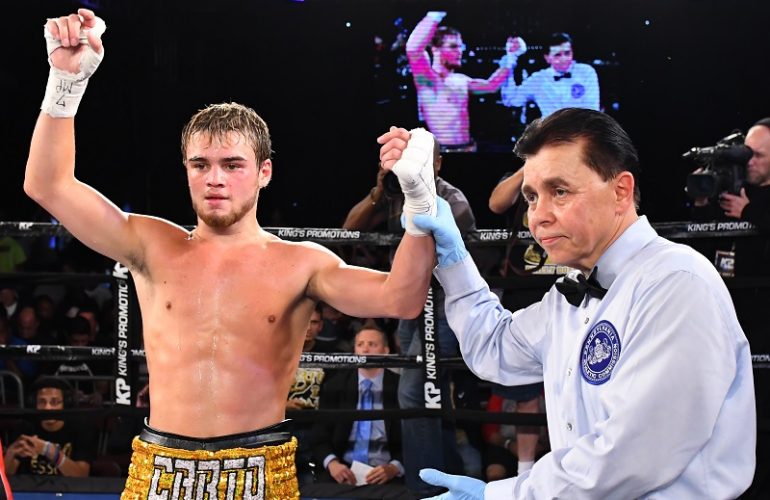 PHILADELPHIA — When he’s not juggling his boxing, conditioning and a disciplined lifestyle, Christian Carto makes a habit of taking a college course at nearby Rowan University, in Glassboro, New Jersey, each semester. The 21-year-old bantamweight from South Jersey – though his fighting roots are across the Delaware River, in Philadelphia – jokes that he’ll get his degree by the time he’s 45, at the rate he’s going.

This semester, the pint-sized Carto happens to be taking history, a subject he knows well, considering he’s had a hell of a history himself. Punch “Carto” into the BoxRec search engine and you’ll see a family tree pop up. There is his great-uncle Joe Carto (3-2-1, 2 knockouts), the brother of his grandfather Frankie. Joe was a Philly lightweight who fought six times in the early-1930s. Then there’s great-uncle Nunzio Carto, who sported a 27-2 (with 13 KOs) mark just after World War II, from 1946 to ’48. Finally there is “Grandpop Frankie,” a quiet man who listened to opera and was always impeccably dressed in suits, refusing to wear shorts in the summer.

Frankie Carto never got a chance to see his grandson fight, passing away in 2005, when Christian was eight but he certainly left an amazing legacy to follow. A featherweight, Frankie was 40-13-3 (with 20 KOs), from 1942 to 1946, and fought 56 times in five years. Frankie was in against world champs Phil Terranova and Chalky Wright and battled top contenders of the time like Lulu Costantino, Eddie Giosa and Billy Graham.

Now it’s up to Christian to uphold the family legacy. His is the only color image among a family collection of brittle-brown newspaper clippings and sepia-toned glossies and, so far, Christian has carried the Carto tradition well. He’s 14-0 (with 11 KOs), with an overflow fan base that will no doubt be in full force when Carto faces 24-year-old Edwin Rodriguez (9-4, 5 KOs) on the undercard of the “Top Rank Boxing on ESPN” show, from the Liacouras Center on the Temple University campus.

With all of that talent, Carto may have the loudest applause of anyone fighting. He knows this is his chance to show his skills on the largest stage – so far – of his young career. 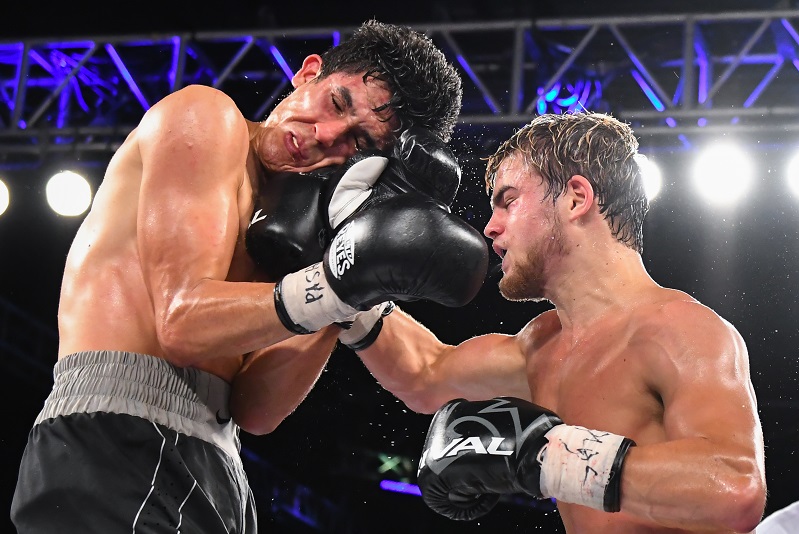 “I was the youngest kid in the gym. Frankie started boxing before me but I got bit by boxing pretty much. I would have one or two fights a year but I was also playing ice hockey, which took up a lot of my time.”

The breakthrough came when Carto turned 15 and made a splash at the Junior National Golden Gloves tournament in Nevada. He won his first fight and lost his second. In his sophomore year at the prestigious St. Augustine Prep, a larger freshman, who was 5-foot-9 and weighed 40 pounds more, purposely bumped into him. The kid tried to forearm Carto, who nailed him in return. The kid ran and Carto got suspended for two days for defending himself.

“The kid put his hands on me first, while all I was trying to do was go to lunch,” Carto recalled. “The kid never gave me a problem again but no one else ever picked on me either. St. Augustine Prep was filled with kids who I don’t want to say were weird but they were different from public school kids, who I grew up around my whole life. My family is working-class.”

Carto got a bronze at the 2016 Olympic Trials, losing to the eventual U.S. flyweight Olympian Antonio Vargas, who is 6-0 (with 3 KOs) as a pro bantamweight.

“Vargas is a good fighter but it was tough making the weight six days straight at 114,” Carto said. “I wants to go pro, instead of waiting around for the next Olympics. I was 19 when I turned pro.”

Carto has explosive punching power. He’s made gradual progression. His opponent level has steadily risen and he’s now getting this chance on a nationally-televised card. He’s a free agent, though many big-time promoters have shown considerable interest in signing him. For now, his brother Frankie promotes his fights through social media, word of mouth and taping fight posters in nearly every local South Philly corner bar – and there are many.

“I have no timetable on myself,” Carto said. “I know Edwin Rodriguez is a decent fighter, better than his record. I would like to fight on TV by the end of the year. I would like to be on TV all of the time. I’ll be fighting before the TV fights, so I’ll be able to see all of the TV fights Saturday night. I still hit my dad up for a dollar every once in a while and I still live at home with my parents.

“I want to be smart with boxing. I’m 21, still young. I don’t know if I could one day make the kind of money boxing, where my parents wouldn’t have to work again but if I could, I definitely would. My father worked a ton to put me and my brother through private school. I like fighting. I’m kind of doing it for the money and be a world champion and then to go school, get a degree and make my money work for me.”

History already seems to be working for him.