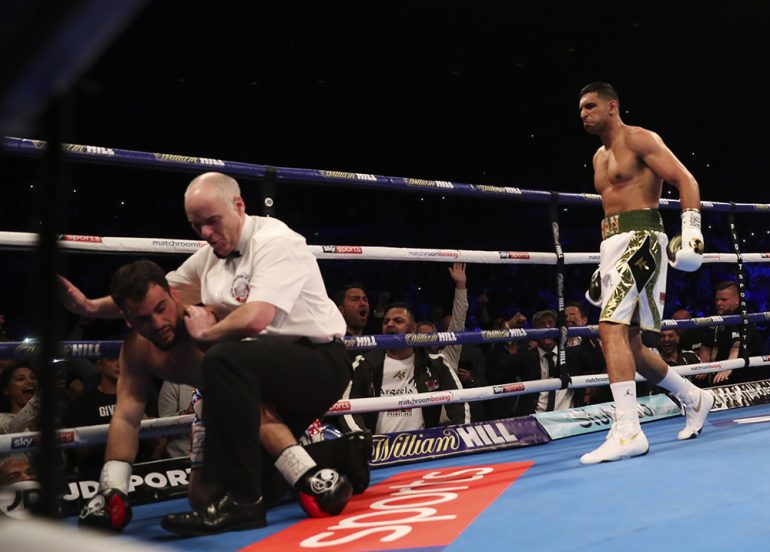 Amir Khan hopped up and down around the ring, an untwined ball of excitement.

It was Khan’s first fight in almost two years, and it lasted all of 40 seconds. Khan dropped Phil Lo Greco, an overmatched opponent, with a counter right hand, and then finished him off with a barrage of unanswered shots on Saturday in Liverpool, England.

Khan (32-4, 20 knockouts) hadn’t competed since a brutal sixth-round knockout defeat to Canelo Alvarez in May 2016. He also hadn’t fought in his native England since 2013, but he announced he’s still relevant with a big-time performance, even if it came against a lightly regarded opponent in Lo Greco (28-4, 15 KOs). 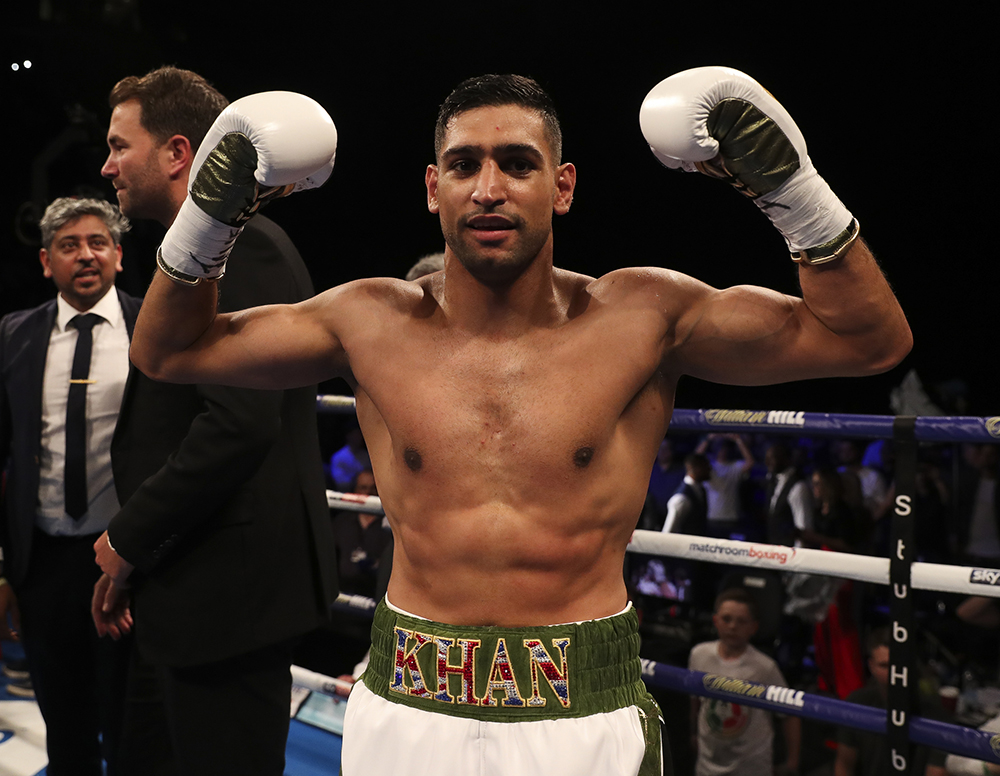 “I was gone for two years but guess what? I’m back with a big bang,” Khan said. “The future holds big fights, my last few fights have been in America, but I want to bring big fights to England. I’ve come back to show you what Amir Khan’s s all about.”

Khan, a former two-division titleholder, still owns the speed and athleticism to be a player at 147 pounds, but now he must prove it. Before he was knocked out by Canelo in a 155-pound catchweight bout, the Olympic gold medalist scored consecutive victories over the likes of Luis Collazo, Devon Alexander and Chris Algieri.

Saturday’s outing was Khan’s first since signing with Eddie Hearn’s Matchroom Sport. Hearn also promotes Kell Brook, whom Khan has verbally jousted with for years, and the former welterweight titleholder jumped in the ring afterward.

Khan, 31, said he fancies a fight with Brook, which would be a massive event in the U.K., but that “weight is an issue” since Brook is now competing at 154 pounds.

“I want to become a world champion again,” Khan said. ” … At the moment, I’m a 147 fighter, I feel more comfortable there.

“That fight is not something I’m running from, I will beat Kell Brook. I’m a better fighter, I’m a stronger fighter. Kell has been living off my name for a while. I’m not a fighter to run away. I’m chasing you, remember that.”