Abel Sanchez: ‘This is a chance for Vanes Martirosyan to make history’ 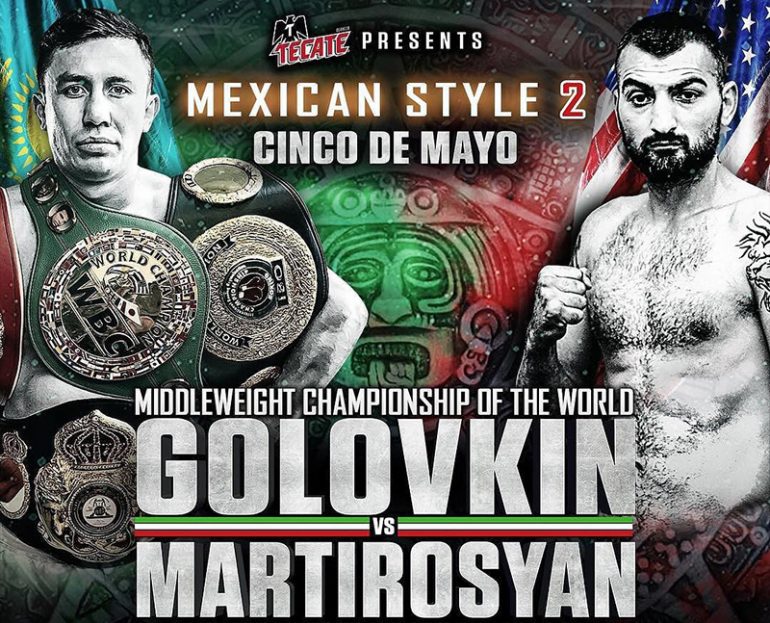 It took awhile but a replacement bout got made for that May 5 date, when the steak bit back, and clenbuterol proved to be an anti-PED, removing THE RING Magazine middleweight champion Canelo Alvarez from a planned scrap against unified beltholder Gennady Golovkin.

As soon as it become clear that Canelo would be suspended, and the length of that punishment made public, the powers that be for Team Golovkin made the plans final for a replacement opponent so the May 5 date could be saved. Vanes Martirosyan got the gig and, predictably, the internet howled.

Many in the Twittersphere took issue with his inactivity (he last fought two years ago) and his weight class. (He’s a junior middleweight.)

Me, I think Martirosyan will do better than many assume and, while I don’t think he will win, his effort will prove to shout down doubters and match up well with the fiery disposition he’s shown on social media, as he takes issue with various media members who believe he’s not well-suited for this task.

I put it to Golovkin’s trainer Abel Sanchez, who, by the way, also trains Murat Gassiev, the IBF/WBA cruiserweight titlist who could get Sanchez “Trainer of the Year” honors if the Russian beats WBC/WBO counterpart Oleksandr Usyk in the World Boxing Super Series finale and “GGG” downs Canelo in the September sequel reset…

Abel, how do you rate Martirosyan, the 31-year-old of Armenian descent, who holds a 36-3-1 (21 knockouts) mark? Is he easy work…or a harder out than many assume?

“Good work for both. For Vanes, it’s finally a fight, a chance to make history, nothing to lose,” said Sanchez, “and, for GGG, it’s a hungry opponent with good credentials, three losses against elite fighters, a U.S. Olympian, never been hurt or down…so I would say it could be an entertaining fight.”

And after all, that is why you watch, right? To be entertained…

My three cents: It will be on Martirosyan to prove doubters are dopes and maybe he gets stretchered in the first and I’m the dope. We will have to see how it plays out. At least it isn’t on pay-per-view!