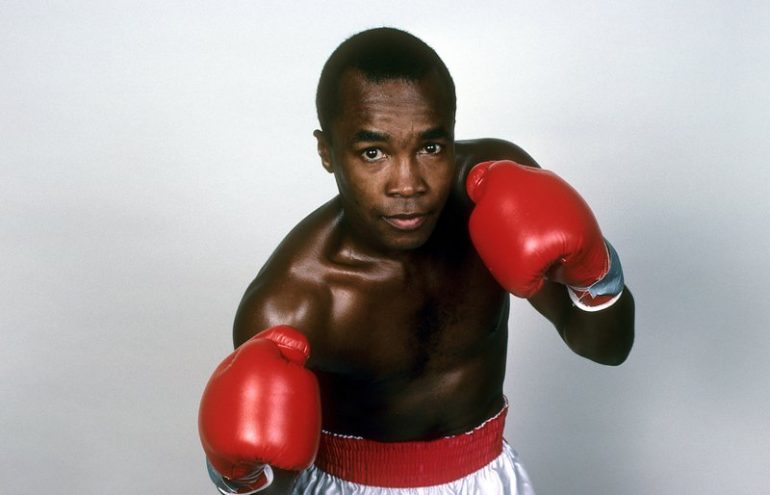 Editor’s Note: This feature originally appeared in the August 2017 issue of The Ring Magazine.

Never judge a book by its cover.

The cover in this case might be “sugarcoated” with a dazzling smile, but the narrative is something else entirely. Sugar Ray Leonard spilled blood, sweat and tears, and displayed ruthless killer instinct in a career that saw him win Olympic gold in 1976, followed by 11 world titles, including four Ring championships, in five weight divisions as a professional.

Leonard didn’t look deranged like Roberto Duran. He didn’t look indestructible like Marvelous Marvin Hagler. He didn’t look physically terrifying like Thomas Hearns. But he beat them all. Sometimes finesse carried the day, but for the most part Leonard was required to produce soldier-like courage that belied his movie star exterior.

“Without those guys, there is no Sugar Ray Leonard,” the 60-year-old Hall of Famer told The Ring. “It takes those kind of warriors, fighters, champions to bring out not just your best, but that inner you. To be great takes so much. There are moments when your eye is closed, you’re cut, you’re exhausted and there are still more rounds to go. That voice inside your head says, ‘Let’s do this now.’ And you can’t say, ‘Let me get back to you.’” 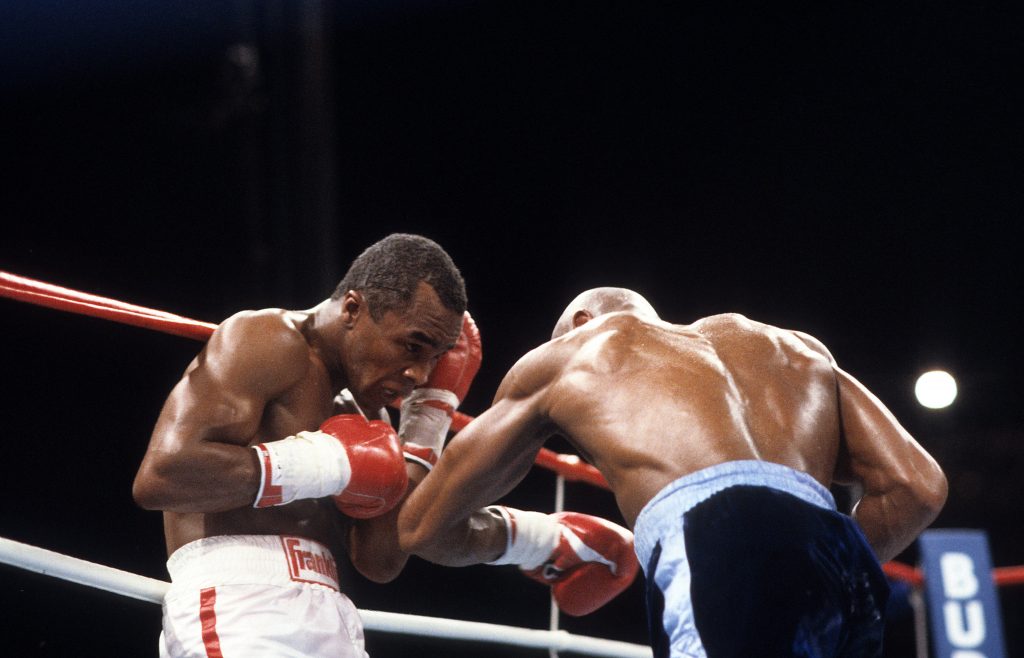 Leonard (left) in battle against Marvelous Marvin Hagler. Photo from The Ring archive

Following the death of Leonard’s idol, Muhammad Ali, last June, The Ring produced a Top 10 list of the greatest living fighters. Leonard topped it, beating out Duran for the No. 1 spot. That result speaks volumes about the era in which Leonard engaged. It’s been 37 years since the Leonard-Duran trilogy began and both men remain at the pinnacle of modern boxing history.

“That’s all very subjective and it depends on who you ask,” said Leonard with modesty. “Put it this way: I know that the guys I beat were the crème de la crème. I feel proud. I’m sitting in my gym now and up on my wall there are photos in chronological order: from the Olympics to my fight with Hagler. I’m like, ‘Man, that’s pretty damn cool.’”

He is an individual who has constantly redefined himself, both inside and outside of the ring. He has had his demons, but the book that will chart the journey of Sugar Ray Leonard is almost certain to have a very happy ending. That is nothing less than he deserves.

BEST SKILLS
Tommy Hearns: At 147 pounds, Tommy was so quick and powerful. He was also a better boxer than he was given credit for, although he didn’t always use [his skills] the way he should have. Tommy’s punches were so effective and long that you had to get inside. You must get close enough. If you can’t do that, you will not win.

BEST JAB
Hearns: How do you get around that thing? How do you contend with that weapon? I had to hurt him. First, he was chasing me down and then I was chasing him down. I became rejuvenated during that (first) fight and once I hurt a guy, it’s over.

BEST DEFENSE
Floyd Mayweather Sr.: That defensive style rubbed off on his son, but the difference between Senior and Junior was that Junior could punch for his weight. Floyd Sr. had bad hands, brittle hands, and he couldn’t punch. I need to mention Wilfred Benitez here too. He had great defense, but I overcame it with my speed. I missed more than I landed, but what I did land was effective.

BEST CHIN
Marcos Geraldo: He weighed in at 160 pounds (Leonard was 153). I would hit the guy with 20 [consecutive] shots, shots that would normally knock out a guy. All he would do was turn his chin and look right back at me. Geraldo also hurt me every time he hit me. I would guess – without medical experience – that he was the guy that started my partially detached retina. He would hit me and I saw three of him. (Trainer) Angelo (Dundee) had me fight a plethora of different fighters: boxers, punchers, slow guys, fast guys and big guys. The Geraldo fight was maybe a bit too extreme. (Laughs.)

BEST PUNCHER
Roberto Duran: In the first fight, he hurt me a number of times. There were body shots that, even though they didn’t hurt me bad, I felt them. He hit me so hard that I was looking around to see who else was in the ring with us. Who else is in here except us and the referee? (Laughs.) Duran was methodical and he was constantly looking to break you down.

FASTEST HANDS
Hearns: Tommy could be sitting on his stool and hit you from the other corner. His punches were so long and fast. I remember that jab giving me so many problems [in the first fight] but, later on, I brought my own jab into play.

BEST FOOTWORK
Hearns: I don’t remember anyone being superior to me with their feet, but Tommy used his feet in our first fight. His height and reach, plus his movement, gave me problems. I said to myself, “This son-of-a-bitch can box too.”

SMARTEST
Duran: A smart man. He was elusive, he had good handspeed, he broke you down. His fights with Esteban De Jesus were prime examples of what he could do. I’d never been hit as hard up to that point. [Duran] threw punches in bunches and was a technician in the ring. It takes a real technician to win world titles from lightweight to middleweight.

STRONGEST
Marvelous Marvin Hagler: He was ambidextrous and could knock you out with either hand. It’s just that in our fight he struggled to hit me flush. He hit me a couple of times where he rocked me, but it wasn’t like Tommy and Hagler, which was a war. It wasn’t like (Vito) Antuofermo and Hagler. I fought a very strategic fight.

BEST OVERALL
Hearns: It was Tommy. I don’t think anything matches our first fight. My god, I can think about that fight and have nightmares. The ebb and flow, up and down; Tommy’s winning, I’m winning. That went on until the very last punch.

Tom Gray is a U.K. Correspondent/ Editor for RingTV.com and a member of the RING Ratings panel. Follow him on Twitter: @Tom_Gray_Boxing