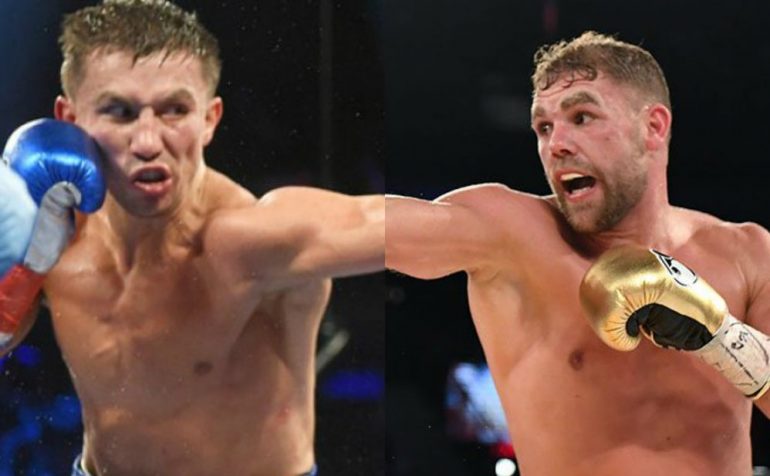 The middleweight division is still in full recovery mode after the Canelo-Golovkin rematch fell through, but this is a potential matchup which should excite fight fans.

Promoter Frank Warren has confirmed that talks have begun for WBO middleweight titleholder Billy Joe Saunders to face WBA, WBC and IBF counterpart Gennady Golovkin, should the Englishman be victorious against Martin Murray at the O2 Arena in London on June 23.

Golovkin was due to fight Canelo Alvarez on May 5 in Las Vegas. However, the Mexican star withdrew from the rematch on Tuesday and faces a NSAC hearing on April 18 due to him testing positive twice for the banned substance clenbuterol.

“I’ve spoken with Golovkin’s promoter Tom Loeffler and Golovkin v Saunders is in play for (this fall),” said Warren. “May 5 was never going to happen because of Bill’s hand injury and Golovkin’s team are going ahead with a fight on that date so (we) couldn’t make a fight in June.

“Bill will definitely be defending his belt against Martin Murray on June 23. If he comes through his fight, then we are hoping he will get the chance to unify the middleweight division against Golovkin. That would be a huge fight and one we would love to make here in the U.K.

“Golovkin has said many times that he wants to add the WBO belt to his collection and it’s a fight that Bill would jump at. There should be no problem making it. On paper, it is a brilliant fight and one fans have been calling for.”

Tickets for Saunders v Murray priced form £40 (Tier) to £300 (Hospitality) are available to purchase via www.axs.com.