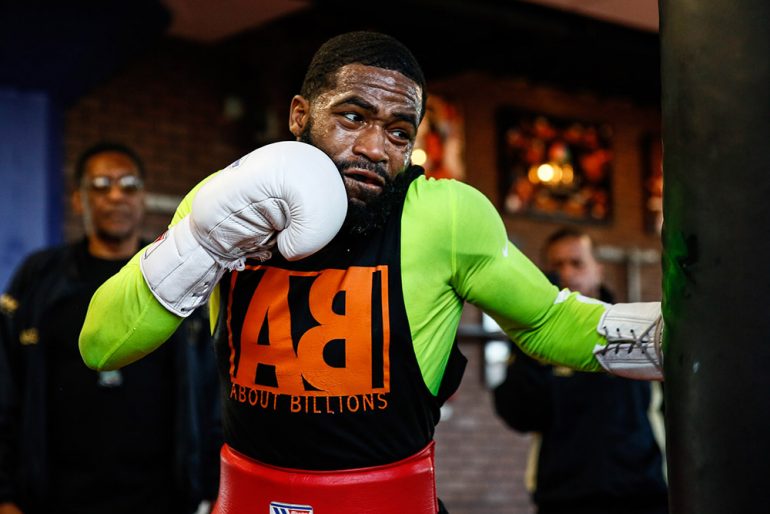 Stop if you’ve heard this before.

Don’t stop, because you have heard this before, a version of it. But indulge me, because there might be enough of a variation on this theme to make reading this worth your time.

Adrien Broner is having a great camp.

I told you to wait. Lemme finish. Give me some leeway, will ya?

Broner is having a helluva camp, is dialed in, isn’t partying or acting up.

OK, let me hurry and get to why this might be different, before you swipe left and find another story to read…

Adrien Broner, last seen getting eaten up by Mikey Garcia in a Brooklyn ring in July of 2017, has been in Camp Cunningham for the last five weeks, and this time, it really, actually, might be different.

That’s because Camp Cunningham is a gym in West Palm Beach, Florida, run by ex-cop Kevin Cunningham, who is not known as being one to take shit from anyone. And, Cunningham tells me that AB has been a great student, and has been listening, and more importantly, he’s been working his ass off.

Cunningham agrees with you, and with me, and pretty much everyone else, in that he knows AB has to show it in the ring.

Broner, said Cunningham, best known for handling Devon Alexander, has been training since December. And in Florida, he’s been an ace pupil.

“AB is a talented fighter, we all know that. I just think what he needed from me is a little more structure, discipline, to bring a little more focus to the game. He’s doing everything I’ve asked, and he will be in tremendous shape, will be well prepared and will put on a helluva performance,” Cunningham said.

That promise applies to the April 21 main event clash at Barclays Center against Jessie Vargas, which will be televised on Showtime.

“But Kevin,” I said, “We’ve all heard this before.” It’s like Classic Rock Radio. Great material but you can only hear Freebird and Satisfaction and Hey Jude so many times before you have to turn the damned dial…

“Will we see it on fight night? Definitely, we can prepare these fighters, but they gotta go out and execute,” Cunningham conceded.

Oh, and before we go any further, know that AB father figure Mike Stafford will be in the AB corner as well on April 21. Cunningham told me he thinks the world of Stafford, and Mike will be able to pipe up and offer input during the scrap.

“I’m taking the lead. Mike? Whatever he sees, he’s gonna say something.”

And do we know it will work? “Mike like a brother to me, there’s never gonna be any issues.”

Now, back to those instances of “we’ve heard this song and seen this dance before.” Remember how lean AB looked for the Garcia fight? Looked ripped…But was he READY? He didn’t really look it. That’s because, among other things, maybe, that AB didn’t go to camp till six weeks before the bout. Not enough time, KC said.

That’s not an excuse, the ex-cop stated, but it helps explain some of what we saw.

“We will have eight full weeks preparing strategy, game plan and conditioning that I think will see him be a lot better prepared,” stated Cunningham.

The trainer also said another difference maker is that he works on setting up a solid game plan; smart strategies designed to make AB look as good as he should.

“I think I put together what I would consider a master game plan. But you can have a perfect game plan and strategy – the fighter has to go in and execute it.”

The St. Louis resident has been a Floridian for a year-and-a-half, and he adores it.

“It’s summer all year round, what’s not to like? I’m loving it; 82 degrees all year round, beaches, palm trees, white sand, aqua-blue water,” he said, leaving me to crack up, because he sounds like a talking brochure.

And, by the way, West Palm is situated smartly for a Broner, or any other fighter who might be tempted to go and boogie a night away, and miss curfew. It’s an hour drive from Miami, so there hasn’t been any hijinksing going on. 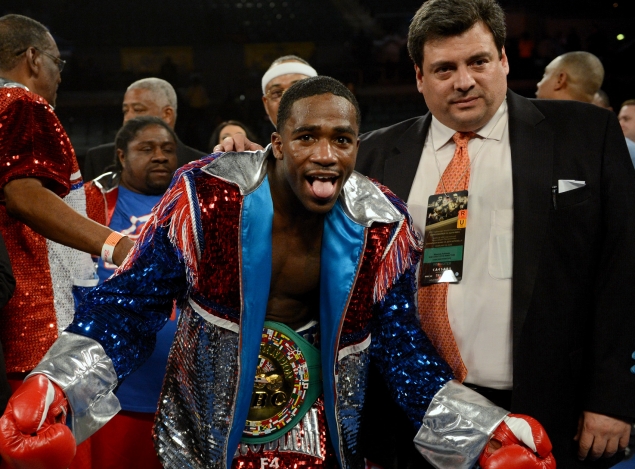 Not always focused. Too much flash has proven costly for Broner in the past.

Gervonta Davis is also at Camp Cunningham, so you know. He’s been working his butt off too, KC said.

I asked again, really, these guys really working smarter and harder? “If you hear what I put them through on a daily basis, my program, you don’t stick around eight weeks if you don’t really want it.”

So AB has been flipping massive tires… he’s been running 60 yard dash sprints on soft sand. Cunningham: “People are going to see him using his whole toolbox. What I’ve seen from AB the last few years, he’s a lot more talented than that. He has a lot more tools in the box, but he hasn’t been using all the tools the last few years.”

In this camp, I queried, is there more of a build-up or a tear down going on? “I want to reinforce the fact that you have a lot of talent but you haven’t been using the talent,” he answered. Sounds like maybe he does some good cop and bad cop over there…

“Lately he’s been more flat-footed, sitting in pocket, he’s a way more talented fighter than that. The point I’m trying to get across; you can cut and chop, but if you put yourself in a position to cut and chop, that’s better… till then, you got to set it up.”

And Gervonta, he’s another guy who some have said could use a refresh, have some fresh eyes assess him and maybe push him a new way…

“He’s been there four weeks,” Cunningham told me. “Is there some of the same issues like with AB? Kinda similar, Gervonta is known for power, but he’s got a boatload of talent. We want to get him to use the talent, he has to set up the power. He got hand speed, great footwork, everyone knows the power. He’s a perfect blend of talent, speed and power.”

Oh, and the answer is no, you won’t see any AB versus Gervonta sparring footage, because there is none and won’t be any, KC said.

I was curious, is there a dynamic in play that sees AB play mentor, big bro of sorts, to Gervonta? “That’s exactly the atmosphere! (And talking about ego), there’s none of that shit going on. We’re not paying any attention to any of that negative shit on social media. And both will put on a spectacular show in Brooklyn!”

My three cents: Yep, heard it before, similar themes. But there is something about, SOMETIMES, having a new set of eyes appraising you, and dissecting failings, that can result in an uptick in performance.

Cunningham told us that the teaching can be there, but all in all, it’s up to the athlete to perform. So, I’m not lobbying anyone to believe before the seeing. KC knows the same thing. He’s optimistic as hell… but the cop side of him understands that intentions are one thing, execution is another. He needs PROOF.