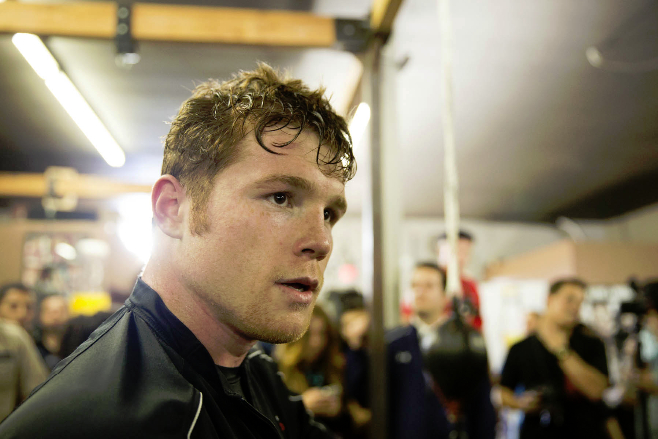 The odds of the rematch between Canelo Alvarez and Gennady Golovkin taking place as scheduled on May 5 in Las Vegas absorbed another damaging blow.

Nevada State Athletic Commission executive director Bob Bennett filed a formal complaint against Alvarez on Tuesday seeking relief for the Mexican star’s anti-doping violations last month. The eight-page complaint was signed and delivered Tuesday but was made public Thursday and subsequently obtained by THE RING.

Alvarez’s hearing before the five-member commission was originally slated for April 10 following the temporary suspension issued against him last week, but with the formal complaint now filed, THE RING’s middleweight champion will be able to present his argument on April 18.

“Alvarez’s utilization, ingestion and/or consumption of Clenbuterol, whether intentional or not, constitutes an an anti-doping violation,” Bennett wrote in the complaint. “By his administration or use of Clenbuterol, and/or by allowing Clenbuterol to enter his system, Alvarez engaged in conduct that reflected discredit to unarmed combat and he is guilty of foul or unsportsmanlike conduct that was detrimental to a contest.”

The wording allows little wiggle room for Alvarez’s claim that the positive test results for the anabolic agent on both February 17 and February 20 were due to tainted meat consumed in Guadalajara, Mexico. Numerous fighters from Mexico — including Erik Morales, Luis Nery and Francisco Vargas — have attributed positive drug tests to tainted meat. Farmers in Mexico often inject the cattle with Clenbuterol since it helps reduce fat and increase lean muscle mass.

The practice is banned in the U.S., but it’s become a serious issue south of the border, and in 2016, the NFL even issued an advisory against consuming meat there. However, it’s clear Nevada is placing the onus on the athlete to ensure what enters his body, whether they’re doping or not.

Alvarez (49-1-2, 34 knockouts) faces a one-year suspension for his first-time offense, but the commission could slash his suspension in half, and since any suspension would be retroactive due to the violation date, a six-month ban would pave the way for Canelo and GGG to meet on Mexican Independence Day Weekend on September 15. The fighters battled to a spirited but controversial draw on that holiday weekend last year.

If the commission institutes a suspension next month, scraping the bout, Golovkin (37-0-1, 33 knockouts) has maintained he still plans to fight on May 5.