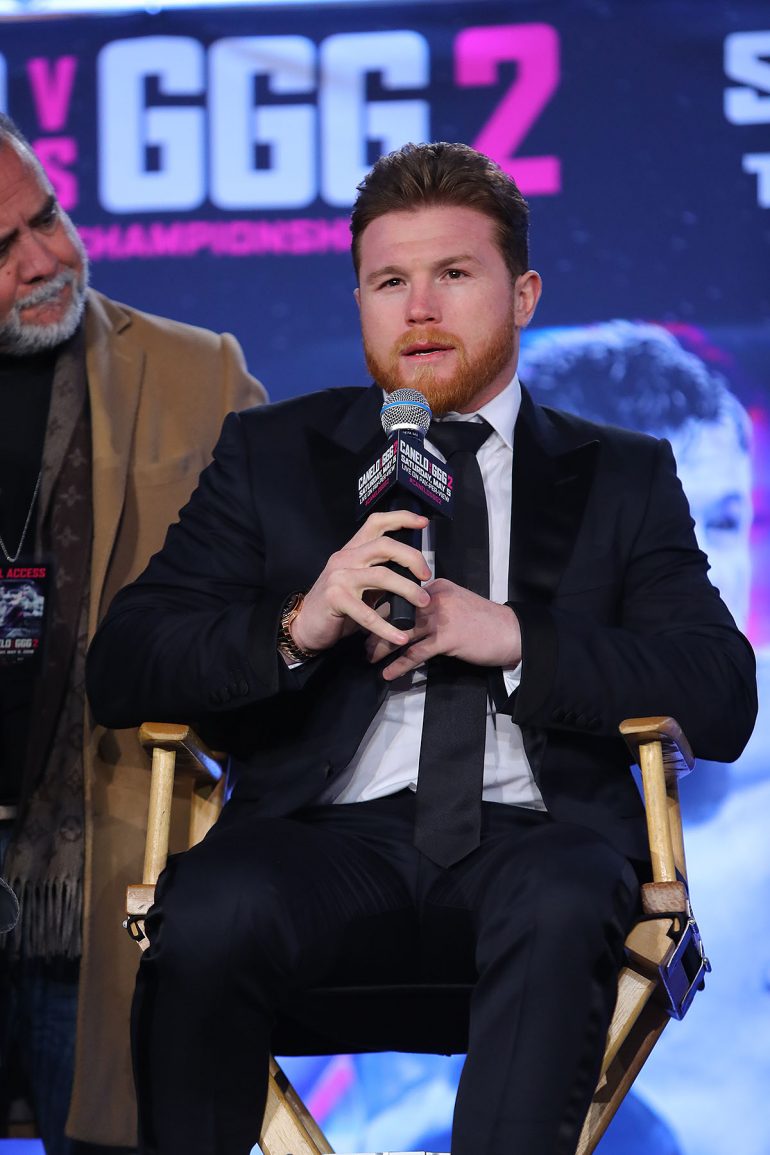 Canelo Alvarez broke his silence Wednesday with his first public remarks since it was revealed he failed a drug test last month.

The Mexican star hasn’t spoken to the media while the Nevada State Athletic Commission’s investigation plays out, but following Gennady Golovkin’s inflammatory remarks Tuesday, Canelo fired back via his verified Instagram account.

Alvarez posted two stories to his account Wednesday evening from his training camp in San Diego. The first caption read “I’m gonna kick your (expletive) ass,” along with a video of Canelo, clad in black, shadowboxing with quick combinations.

Golovkin stoked the flames ahead of his May 5 rematch with Canelo for THE RING middleweight championship during an interview with reporters Tuesday at his training camp in Big Bear Lake, California.

GGG accused Alvarez of using performance-enhancing substances before the first fight and even claimed he saw needle marks on his body.

Alvarez tested positive for the banned substance clenbuterol last month, but he attributed the finding to contaminated meat consumed in Mexico.

It was a pretty respectful promotion before their first meeting in September, but one thing’s for sure: that’s all out the window now.