Lennox Lewis – No dispute, he was undisputed heavyweight champion of the world 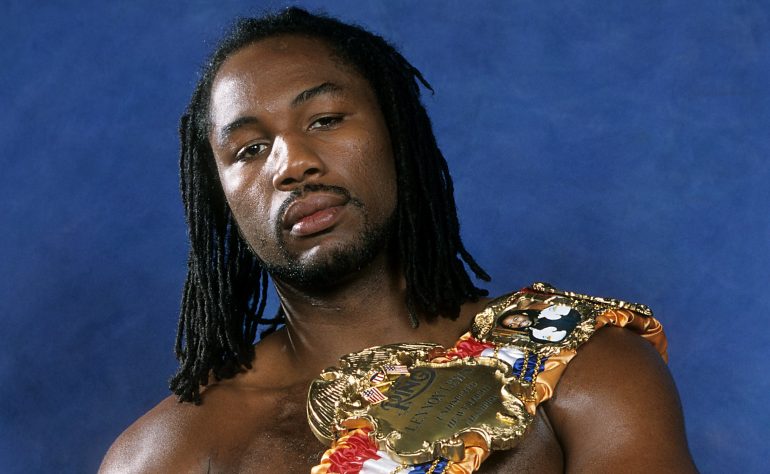 Photo by THE RING Archive
21
Mar
by Tom Gray

Well, it all kicked off on Twitter 24 hours ago and the ensuing cyber superfight was pay-per-view material.

What was Showtime’s reasoning? None of these fighters held the WBO heavyweight title at the same time as they held the IBF, WBA and WBC versions. Sounds good, but the lines are blurred here, and it’s not surprising that Lennox Lewis is livid. 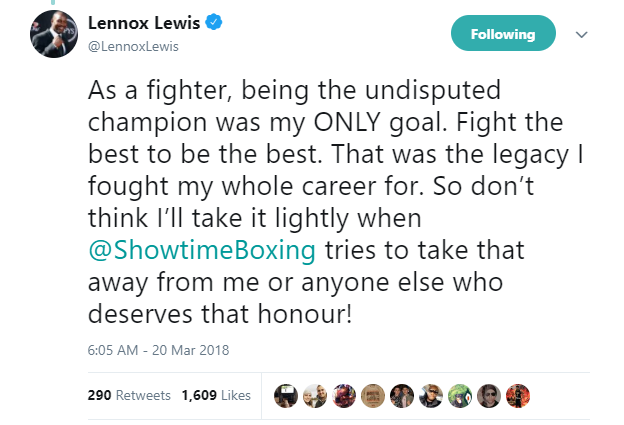 Older fight fans, like myself, will remember a time when the WBO was nowhere near as established as it is now. Through the years, the newest of the four recognized governing bodies (formed in 1988) gained recognition; country by country, division by division. However, for a long time the WBO was not recognized by the other sanctioning bodies, TV networks, RING Magazine, and even the fighters themselves. Case in point:

• In 1995, Evander Holyfield requested that the WBO heavyweight title held by Riddick Bowe not be on the line for their third fight. Holyfield was concerned that his rankings with the IBF, WBA and WBC would be affected.

• That same year, Oscar De La Hoya entered the ring against Rafael Ruelas with six WBO world title fights under his belt. However, De La Hoya was not recognized as a world champion by RING Magazine until he took the IBF lightweight title from Ruelas.

• In 1997, Henry Akinwande, only two months shy of defending his WBO heavyweight title, enters the ring against WBC counterpart Lennox Lewis. He had to vacate the WBO belt in order to secure the Lewis fight.

• In 1999, Prince Naseem Hamed, then the WBO featherweight titleholder, claimed the WBC version when he outpointed Cesar Soto. Shortly thereafter, Hamed was contacted by then-WBC president Jose Sulaiman requesting that he chose between the organizations. Hamed relinquished the WBC title as a result.

The point of telling you all this is that the WBO belt was not always viewed as a genuine world title. 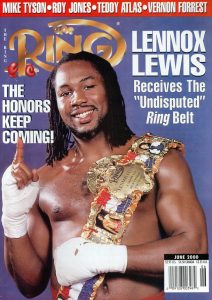 When Lewis fought Holyfield twice in 1999, these were battles for the undisputed heavyweight championship of the world (IBF, WBA and WBC titles only) and that is demonstrable. Go back and watch the rematch and you will hear Lewis officially crowned as “undisputed” champion when he is given a 12-round unanimous decision.

Yes, Vitali Klitschko held the WBO heavyweight title at the time, but jump into a Back to the Future style DeLorean and drive back to 1999. This was not Vitali Klitschko, hall of famer; this was Vitali Klitschko, big tough Ukrainian kid who was once knocked out as a kickboxer and was yet to fight the best.

And we’re not just besmirching the heavyweights with Showtime’s logic. Around the same time, a host of other fighters were anointed “undisputed champions” in their respective weight classes without the WBO belt being involved:

Of the five bouts listed, four of the victors were declared “undisputed” world champions on fight night (Jones was named unified champion). So, by inference, if we’re saying Lewis was not undisputed heavyweight champion when he defeated Holyfield in November 1999, then none of the above winners were undisputed champions and it was all a lie?

That is re-writing history, and that is not OK. There is nothing wrong with Showtime Boxing admitting an error in research. We’ve all done it. They would just look so much better if they did, and that’s the least Lennox Lewis and the other fighters who have had their respective accomplishments called into question deserve.