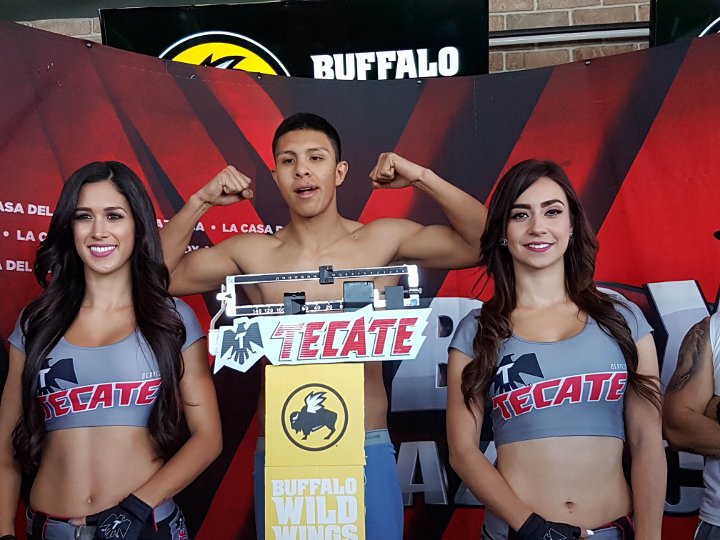 The fight was a rematch of their Apr. 29 clash, a fight Munguia won by one-sided decision over 10 rounds.

Munguia was the aggressor from the opening bell. The 21-year-old boxer-puncher, who made his professional debut at the age of 16, walked Navarrete down and trapped him against the ropes.

By the second round, Munguia (28-0, 24 knockouts) was landing repeatedly with counter left hooks and it was that very shot which dropped Navarrete about a minute into the session. Navarrete got to his feet, recovered well and began fighting back.

Midway through the third, a right hand stunned Navarrete and this time the shot had a more telling effect. Munguia followed up with a series of combinations, forcing referee Sergio Hernandez to stop the fight at 2:08.

Munguia, who resides in Tijuana, is ranked No. 9 by the WBC and was named THE RING’s 2017 Prospect of the Year.

Featherweight Sergio Sanchez won a one-sided six-round decision over Jose Ramon Rodriguez (6-3-2). All three judges scored the bout 60-53 in favor of Sanchez, who improves to (8-0, 3 KOs).