Scott Quigg overweight, not eligible to win title in clash with Oscar Valdez 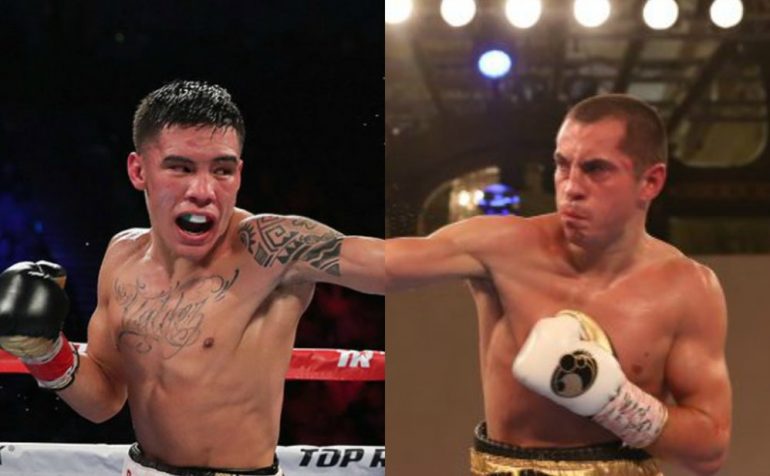 Scott Quigg’s quest to win a title in a second weight class is over before it even began.

The Brit will still fight Oscar Valdez on Saturday in Carson, California, in the ESPN main event, but the fight is no longer for Valdez’s WBO featherweight title.

Quigg, at 128.8 pounds, lost that opportunity when he weighed in 2.8 over the 126-pound limit Friday. Under California rules, when a fighter is two pounds or more overweight, he’s not allowed to step on the scale again after trying to shed the extra pounds.

Valdez was on point at 125.8 pounds, but if he loses, the title will become vacant.

In the televised co-feature, unbeaten 130-pounders Andy Vences and Erik DeLeon will meet in an attempt to separate themselves from the pack. Vences weighed 129.2 pounds, while DeLeon was 129.8.