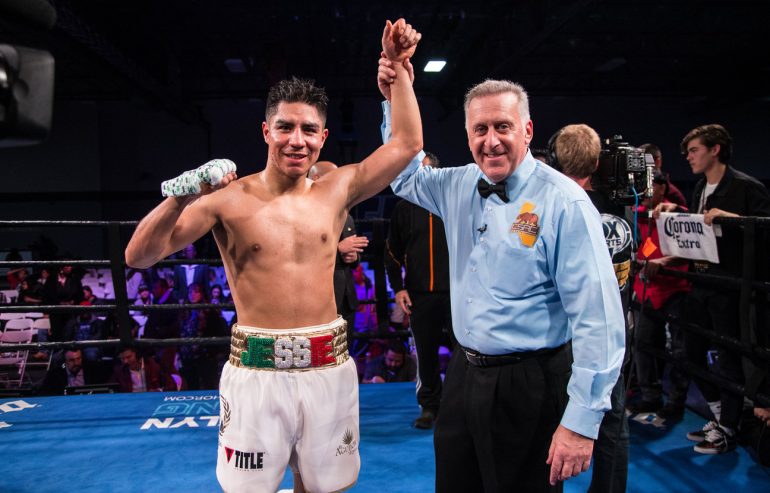 Adrien Broner has a new opponent, and a new weight for his next fight.

The Problem was scheduled to compete against Omar Figueroa Jr. in a junior welterweight bout, but the Texan withdrew with a shoulder injury. In steps former two-division titleholder Jessie Vargas, who will face Broner on April 21 in Brooklyn, New York in a fight contested at 144 pounds.

RingTV.com reported Monday that Vargas was likely to be as the replacement opponent, and now it’s official.

“I’m feeling really good and I’m excited that this is an even bigger fight than Figueroa,” said Broner (33-3, 24 knockouts). “I had to switch up some sparring partners but everything is going great in camp. We’re fighting at 144 pounds, so he’ll have a slight weight advantage, but it won’t matter.

“I’m going to be in great shape for this fight. Coach Kevin Cunningham is my head coach for this camp, but I did not fire Mike Stafford. I just added to my camp, because I needed the help. I know what I have to do at the end of the day to get back on top where I belong.”

Indeed, Vargas is considered a tougher challenge than Figueroa, and he presents a different style for Broner to face. Vargas is a boxer who likes to stick and move, while Figueroa is a pressure fighter who swarms his foes.

Vargas (28-2, 10 KOs) hoped to challenge Keith Thurman for his two welterweight titles, but the Las Vegas resident rebounded nicely with another high-profile fight, even if he has to drop three pounds.

Vargas shared the ring with the likes of Manny Pacquiao and Timothy Bradley, and at 28, a win over Broner would be the most significant victory of his career.

“This is a fight that should garner a lot of attention from boxing fans and they deserve a fight like this,” said Vargas, who knocked out Sadam Ali to win a welterweight title in 2016. “We are two entertaining fighters who come in and give it their all. This is a fight that will have a lot of fireworks.

“I respect Broner and his skills, but he’s very beatable. The fight was presented to me and I didn’t think twice about taking it. We as fighters and entertainers have to give the fans what they want. We had a fantastic fight on Saturday in Brooklyn and we’ll have another one in April. I will have my hand raised and let everyone know I’m still a danger to anyone I face.”