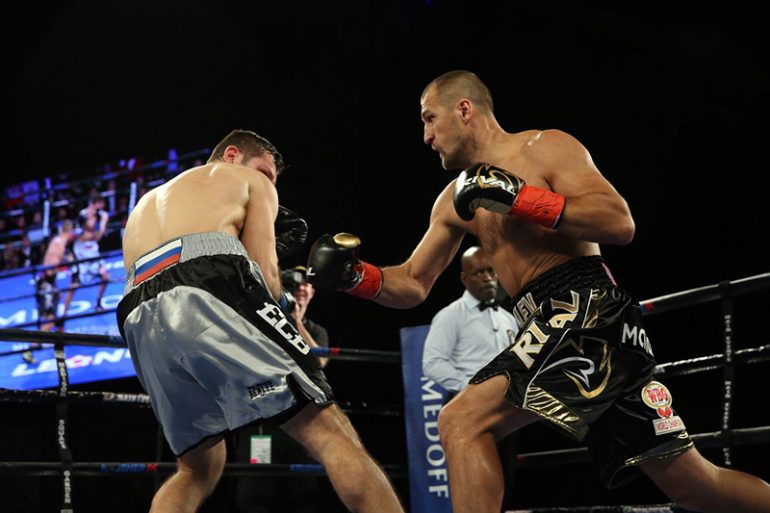 Sergey Kovalev defended his WBO light heavyweight title with a seventh-round stoppage of tough Igor Mikhalkin on Saturday in an HBO-televised main event at The Theater inside Madison Square Garden.

Referee Steve Willis called the bout off midway through the bout on the advice of the ringside physician due to the gruesome cuts Mikhalkin’s face had suffered.

Kovalev (32-2-1, knockouts), THE RING’s No. 1-rated light heavyweight, was the superior boxer and technician, as well as the more active and aggressive fighter. Mikhalkin (21-2, 9 KOs), an unrated 32-year-old Germany based Russian, was game, crafty and unorthodox, but his heart and awkwardness were not enough to win rounds.

And his facial tissue was not durable enough to withstand the punches from the 34-year-old former unified beltholder from Russia.

A full ringside report will be posted soon.