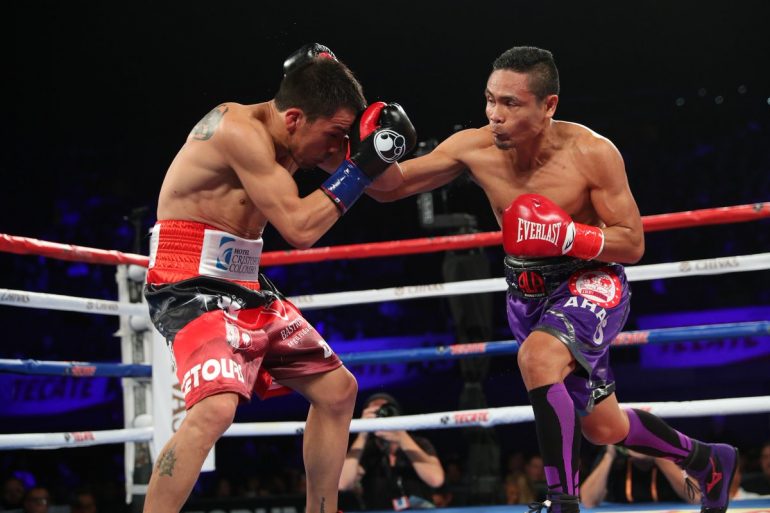 The Filipino made the first defense of his IBF 112-pound title on Saturday in the HBO opener to Superfly 2 and made easy work of former titleholder Juan Carlos Reveco. Nietes dispensed his educated jab, deft footwork and timing to keep Reveco at distance.

The fans booed lustily throughout, but the groans ceased at the end of Round 6 after Nietes drilled Reveco with a short right. The bell sounded, and Reveco barely made it back to his corner, wobbling all the way as his trainer came out to guide him.

When Round 7 began, it was clear Reveco was spent, and Nietes seized the moment.

Nietes (41-1-4, 23 knockouts) began to load up on his shots, and a number of sharp right hands found their mark on Reveco’s chin. The stinging punches backed Reveco into a corner, and Nietes followed up with a right hand to the body, followed by a left and a right downstairs, and then a left hook to the chin finished matters at the 53-second mark. 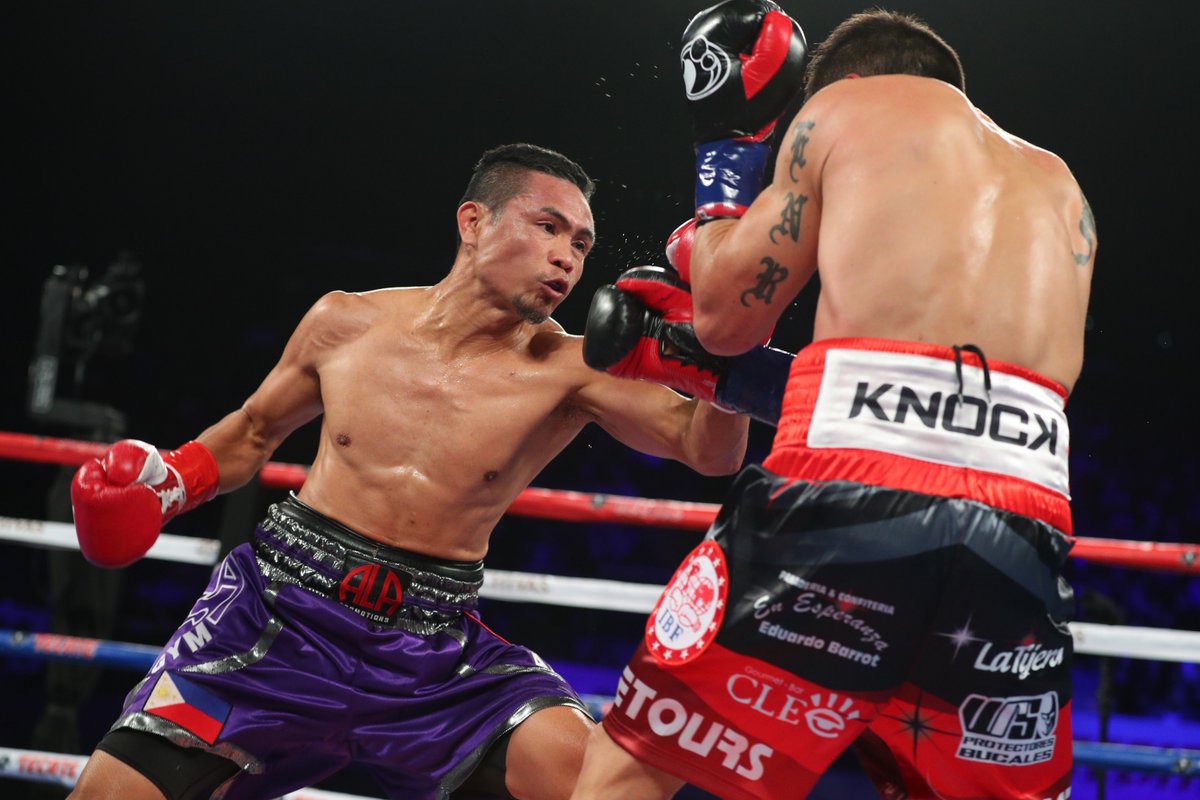 “I’m not sure if I’ll stay at this weight or move up,” said Nietes, 35. “I want the biggest fight possible. There was talk of me fighting Chocolatito, I’d love to fight him. There’s also talk of me fighting the winner of [Srisaket Sor] Rungvisai vs. [Juan Francisco] Estrada.”

Those two will battle it out in the main event to determine 115-pound supremacy, and Nietes showed that he’s ready for either man. He also left no doubt about his plaudits at 112.

Reveco (39-4, 19 KOs) was no match and could never get inside. The 34-year-old Argentine was game, but he had no answers for Nietes’ excellent jab and he ended up at a local hospital for observation.

It’s clear Nietes is meant for much bigger fights. Hopefully, he’ll grab the opportunity to prove he’s among the best in the sport.