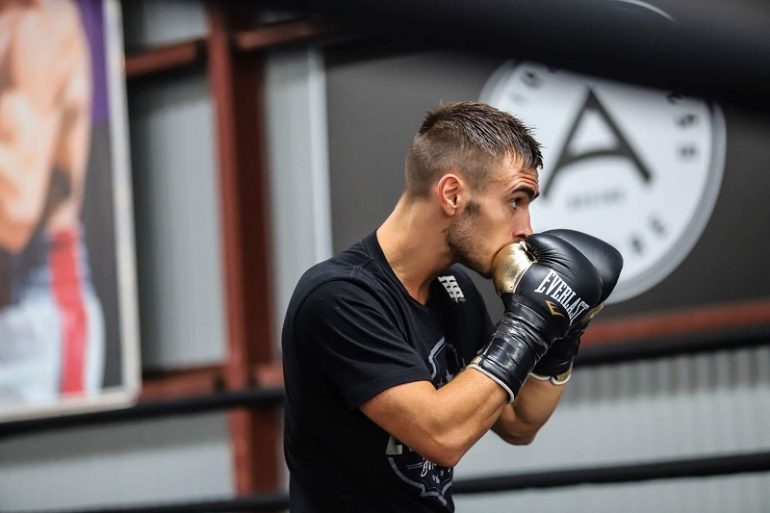 “(Oliva) fought for a world title (vs. Solis); one loss was a split decision loss in the other guy’s home country (Mthalane in South Africa),” Moloney told RingTV.com. “It was only my 10th pro fight and I managed to stop him in six rounds.”

Worst night of pro career and why: Last summer Moloney stopped battle-tested Raymond Tabugon but the victory wasn’t without incident.

“I made the mistake of being caught with a wild shot and was knocked down for the only time in my pro career,” he said. “I did end up stopping Tabugon in the next round but it was a mistake that I can’t afford to make in the future.”

Next fight: Moloney takes a step up bout against Rene Dacquel (20-6-1, 6 KOS) on Saturday at Town Hall, St Kilda, Australia.

It’s a significant fight for both that could further advance the winner’s claims on the world stage.

“Rene Dacquel is the OPBF champion and is rated No. 5 by the IBF and No. 10 by the WBC,” he said. “This is set to be my toughest fight of my pro career and a challenge I’m really looking forward to. It’s always great to headline a big show like this and I believe this is the type of fight I need to prepare me to fight for world titles in the future.”

Dacquel, 27, is a young veteran who turned professional in August 2011. Since then, while he’s lost a few, he’s made his way to the fringes of the world level and is durable. He’s never been stopped and has faced Jonas Sultan and Takuma Inoue.

The Filipino was upgraded from interim to full OPBF championship status in August 2016, in Japan, and has returned twice to successfully defend since then. He is on a five-fight winning streak and appears to be a very solid match up for Moloney.

Moloney is currently ranked No. 6 by the WBA and No. 9 by the IBF, at 115 pounds. Victory over Dacquel will most likely see him gate-crash the Top 15 of the WBC and advance his IBF rating as the Filipino is ranked above him in by both sanctioning bodies.

Why he’s a prospect: Moloney was a top amateur in Australia; during his time in the unpaid ranks he represented his country all over the world. He competed at the 2009, 2011 and 2013 World Championships. In the first two tournaments, he lost in the opening round and, in ’13, he progressed to the second round.

He also fought at the 2010 and 2014 Commonwealth Games, winning gold at the latter, which he is says was the highlight of his amateur career. That said, he was unable to claim a podium spot for the 2012 London Olympics.

“I have watched my fight from the final of the Olympic Trials at least 20 times and I still can’t see how I didn’t get the decision,” he explained. “But those things happen in boxing sometimes and I am not bothered about that decision anymore but instead am looking forward to what I can achieve in the future.”

Moloney has sparred with and fought some of the best fighters in the world, both professional and amateur. He fought Olympic gold medalist Robeisy Ramirez and, since entering the pro arena, has sparred with WBO junior lightweight titlist Vasyl Lomachenko.

He feels his desire to succeed is his biggest asset.

“I am extremely dedicated and always prepare 110 percent,” Moloney said. “I train extremely hard and never tire during a fight. I also believe I punch to the body very well.”

Manager Tony Tolj, who has long known Moloney, believes his charge is improving all the time.

“His willingness to win, learn and achieve success is something I have not seen in the AustralAsian territory for a very long time,” said Tolj. “Andrew continues to grow as a fighter every camp. He is a special, once-in-a-generation talent.”

Last September, Moloney and his twin brother, Jason – an unbeaten bantamweight – traveled along with Tolj to America. During their stay, they attended the first “SuperFly” show in Carson, California, and then went to Las Vegas for Gennady Golovkin-Canelo Alvarez.

After witnessing many of the top 115-pounders ply their trade last September, Tolj and Moloney were keen to appear on the second show but weren’t successful, despite making overtures to the powers that be. They hope that Moloney can beat Dacquel and advance his claims further for a meeting with one of the current champions.

“I have always said that Andrew was an excellent boxer at bantamweight but at junior bantamweight he is a monster and that’s where his name came from,” said Tolj. “I see ‘The Monster’ dominating at junior bantamweight. We don’t look past anyone but our goal is to challenge WBA champion Khalid Yafai. And I see Andrew capable of unifying the division.” 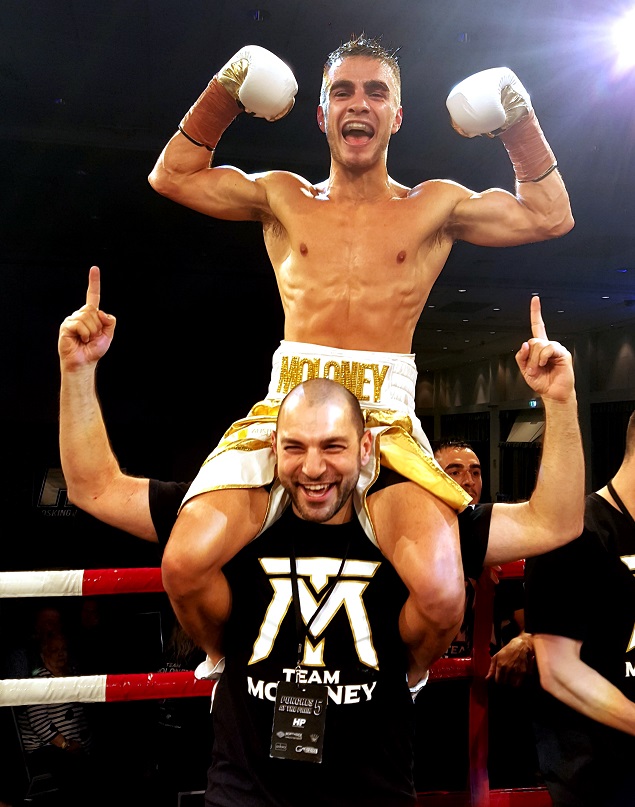 Why he’s a suspect: Moloney has been a pro since October 2015. Since then he’s moved relatively quickly and, during his 15 fights, he’s had 68 rounds of action.

He won a fringe WBA affiliated belt, last time out, added the Commonwealth title and now seeks the OPBF title. However it will be difficult to continue his career arc in Australia, so far from many other countries. At this point, he and his team have expertly navigated their way but, at world level, it will be more difficult.

It will also be difficult to get top sparring in Australia; to Moloney’s credit, he doesn’t have a problem travelling overseas to gain high-level sparring.

While Moloney hasn’t put a foot wrong forward so far, he’s in a tough division and, while he may develop into a Top 10 fighter this year, it’s another huge step up to face the current champions. There are no easy pickings.

The 27-year-old boxer-puncher acknowledges this but still believes his time will come.

“Experience is the only thing the champions have over me in my division. A few more fights and I believe I can match it with all of them.”

Tolj is keen to point out how Moloney has stepped up every time when necessary and feels this will continue.

“The Monster is a Commonwealth Games gold medalist, as an amateur,” said the manager. “In his second (pro) fight, he won the state title, in an eight-rounder. (In) his fifth fight, (he) won the national title. His sixth fight got world-rated by winning the WBA Oceania title. He’s also added the Commonwealth title and is challenging the OPBF champion in his next fight. Every fight he is improving by leaps and bounds.”

Storylines: Moloney was born at Mitcham Hospital and grew up in a regular, middle-class background in Mooroolbark, a suburb of Melbourne.

“I had a great childhood,” he explained. “My twin brother and I have always been extremely competitive against each other and I believe that is what has pushed us to get to where we are today.”

Moloney says he was interested in boxing from a young age.

“My brother and I used to put the gloves on and fight in the living room from a very young age,” he said. “It wasn’t until we where 13 when we decided to take up boxing for some extra fitness to help us with our Australia rules football. We then fell in love with boxing and haven’t looked back since.”

He has great admiration for fellow Aussie and former WBA light heavyweight titleholder Danny Green, “He has always been my boxing hero and he has been a huge help in guiding me with my career.”

Currently he his favorite fighters are Canelo Alvarez and Vasyl Lomachenko.

Away from boxing, he likes to spend time with his friends and family. He enjoys trips to the beach and surfing. He married his wife Chelsea last March and while they don’t have any children they do have a pet dog and rabbit.