Roy Jones Jr.: The Most Talented Fighter Ever 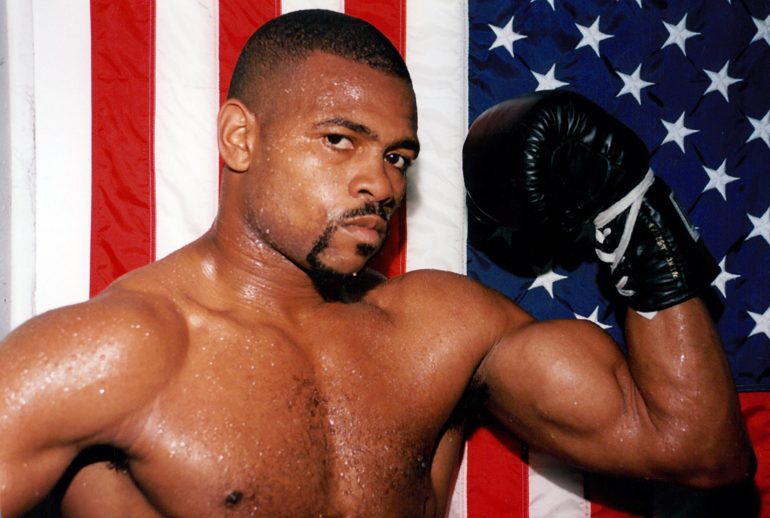 Is it an American bias to think that Roy Jones Jr. was unstoppable at 168 pounds? Not really. He was amazing in his prime. Photo from the Ring/Getty collection
08
Feb
by Tom Gray

Fight No. 75 for former four-weight world champion, and future hall-of-famer, Roy Jones Jr. will be against Mr. Scott Sigmon. I’ve never heard of him, but that’s not unusual. Jones taking on an undistinguished opponent has happened several times over the last decade, but tonight, in his home city of Pensacola, Florida, the 49-year-old boxing legend says he will climb the ring steps for the final time.

When Virginia-born Sigmon turned professional in 2008, Jones was already a shell of himself. The once untouchable fighter was now touchable and those horrendous knockout defeats, which would make his adoring fans squirm, had commenced. At 39 years old, Jones’ time at the top was over but, here we are – a full decade later – and the final chapter is only just about to get under way.

I first became aware of Jones in the early 90s. The availability of elite-level live boxing beneath the heavyweight division in the U.K. was at its worst at that particular time. These were the days of Channel 4’s Transworld Sports highlights, bootleg VHS tapes and praying to the boxing gods that a British satellite channel would pick up a delayed broadcast. 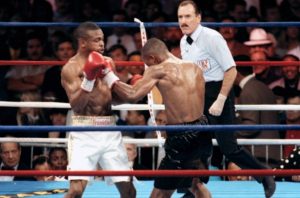 Jones (left) and Bernard Hopkins from 1993. Photo by THE RING Archive

For the most part, I would check “Teletext”, a television-based news and information service, for fight results. But the morning after a Roy Jones fight, you didn’t check to see if he’d won. You knew he had. All you needed to see was the method of victory. That’s how good he was from the early 1990s to 2003. A peak Jones was an artist and, for a large portion of that time, the best pound-for-pound fighter on the planet.

Occasionally there was a scare. The disqualification defeat to Montell Griffin in March 1997. The left-hand knockdown suffered at the hands of his former-sparring partner, Lou “Honey Boy” Del Valle, in a light heavyweight unification clash the following year. However, for the most part, Jones turned in electrifying performances and rarely lost a minute of a round.

And there were plenty of fabulous fighters around back then in a variety of divisions. James Toney was the do-or-die destroyer at 160 and 168 pounds. The great Pernell Whitaker was on the way down. Oscar De La Hoya and Felix Trinidad were on the way up. Prince Naseem was front-flipping on both sides of the Atlantic. And there was a golden era at heavyweight involving Mike Tyson, Evander Holyfield, Riddick Bowe and Lennox Lewis. You couldn’t ask for more.

But Jones was the one who consistently took your breath away.

Who can forget the final knockdown against Vinny Pazienza in June 95? Granted, Pazienza was out of his depth, and his weight class, but that finishing combination was pure Streetfighter 2: left uppercut, double-left hook, right hook, right uppercut, left uppercut. Who does that? Like Robinson, Ali and Leonard before him, Jones could give extreme violence an almost liquid grace but, incredibly, he was more imaginative than all of them. 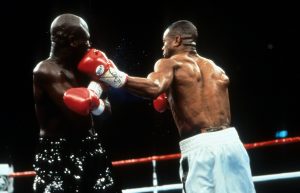 Jones (right) tags James Toney in their 1994 superfight. Photo by THE RING Archive

The big moments of glory came against Bernard Hopkins; who Jones outpointed in 1993, Toney; who he completely outclassed, Griffin, who he annihilated in the first round of a rematch, Reggie Johnson, who he schooled en route to unifying the light heavyweight division and, of course, the WBA heavyweight title triumph against John Ruiz in 2003. There were other quality wins but those, in my view, were Jones’ best.

When it all fell apart, thanks to a thunderous left hand from Jones’ old amateur nemesis, Antonio Tarver, in May 2004, the world felt different to me. Obviously, the fight wasn’t broadcast on U.K. television, but the internet had now arrived. I was notified of that stunning second-round knockout via a boxing forum and I was crushed. I remained in a daze for that entire weekend and can remember, at 29, feeling old for the very first time. How the hell could Jones lose like that?

Well, because he took a liberty with a 35-year-old body. Dropping from heavyweight back to light heavyweight took a toll, but so did the laws of physiology. Jones simply got old. And, let’s not deny it, Tarver was damn good and he could whack.

The ensuing years were heartbreaking to watch. An array of fighters, too long to list, made their bones on Jones’ decaying carcass. Some of them were quality world champions and others weren’t fit to, as Larry Holmes might say, carry Jones’ jockstrap.

As a fighter, though, he was far from flawless. Jones lacked the solid fundamentals of a Hopkins or Floyd Mayweather Jr.; fighters who could rely on pure boxing skills at an advanced age to prolong their hall-of-fame careers. Jones’ unmatched athleticism was the driving force to his success and when that began to deteriorate, so did his win-loss ratio. The other black mark against Jones was his testing positive for androstenedione, following an 11th-round stoppage of Richard Hall. The product was available over-the-counter in supplement form, but it was banned by the IBF. Fight fans can be unforgiving on this subject, and nobody can blame them for that. 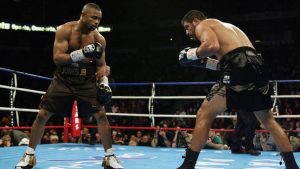 But Jones still remains the most amazing fist-fighter I have ever seen. Not the best. Not even close to the best. Other than the Griffin rematch, he didn’t exact enough revenge over his conquerors, and his resume simply isn’t strong enough. However, on sheer talent, Jones is unmatched in my opinion. He could do things that no other fighter could do – before or since.

If Jones’ legacy is that he was the most talented fighter ever, or even one of the most talented, then that is definitely a legacy worth remembering. All the best in retirement to a truly “great” fighter.