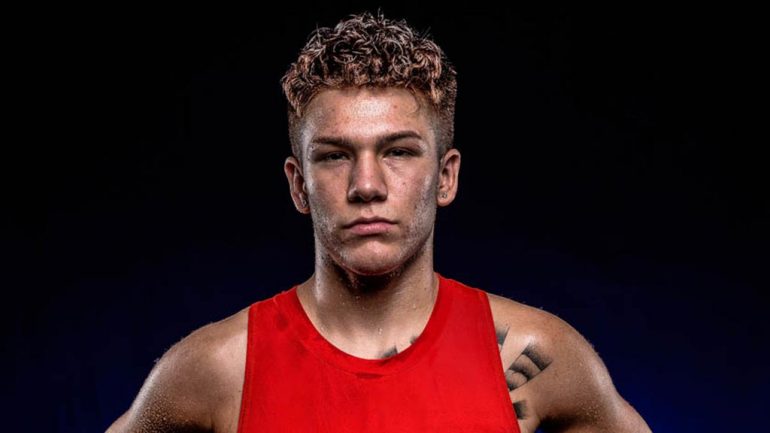 The Rio 2016 Olympic bronze medalist will face Jozsef Ajtai in an eight-round flyweight bout at the Hartman Arena in Park City, Kansas, not far from his hometown of Wichita.

Hernandez (3-0, 2 knockouts) has not fought since Sept. 23, when he defeated late-sub Kendrick Latchman by six-round unanimous decision. The 22-year-old boxer-puncher was scheduled to fight on Dec. 2, but injury pushed the fight back.

Ajtai (19-9, 12 KOs) will be Hernandez’s toughest test to date. The veteran fighter from Hungary has mixed with some top names and has a clear advantage in professional experience.

In the co-feature bout, welterweight Javonte Starks (13-2, 7 KOs) squares off against veteran Cesar Soriano in a six-round bout.

Starks, who resides in Minneapolis, has lost his last two. He has not fought since September 2016, when he was stopped by Darwin Price in the seventh round.

Junior middleweight Akeem Black (3-1, 1 KO) will face Derrick Clayton, who is making his pro debut, in a four-round bout.

The three bouts will be part of a CBS Sports Network telecast, which will air at a later date.