Jeff Horn-Terence Crawford on April 14 at MSG first of three straight weeks of fights in N.Y. 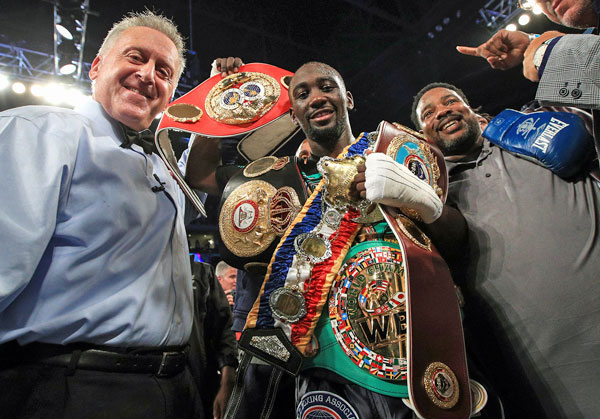 For the second time in five months, The Big Apple will host major boxing matches on three consecutive weeks.

Bob Arum told RingTV.com that the IBF welterweight title bout between Jeff Horn and Terence Crawford is set for April 14 at the big room at Madison Square Garden. It’s even possible the fight will be telecast on ESPN Pay-Per-View with Manny Pacquiao in the co-feature.

After that, while the site hasn’t been announced, Adrien Broner-Omar Figueroa will take place at Barclays Center in Brooklyn on April 21. And then, it’s Daniel Jacobs who will headline on HBO at Barclays Center. Three weeks, three networks, all in New York City.

It’s a great town, it’s a great boxing town, it can handle a lot of cards. I don’t think it makes sense having a big card at Barclays and a big at Madison Square Garden on the same night, but other than that, it’s an enormous city with enormous wealth with boxing fans.

“It’s not like if you did in, let’s say, Omaha, and you had three fights. It’s like ‘hey, we can’t afford it.’ But in New York it’s different people.”

Arum could be referring to March 3, when HBO and Showtime will produce dueling shows at The Theater at Madison Square Garden and Barclays Center, respectively.

It remains to be seen how well each April show in New York will draw, but Horn-Crawford is the most high-profile show, especially if Pacquiao is added to the mix.

After a few years of low activity, boxing is alive and well in New York.