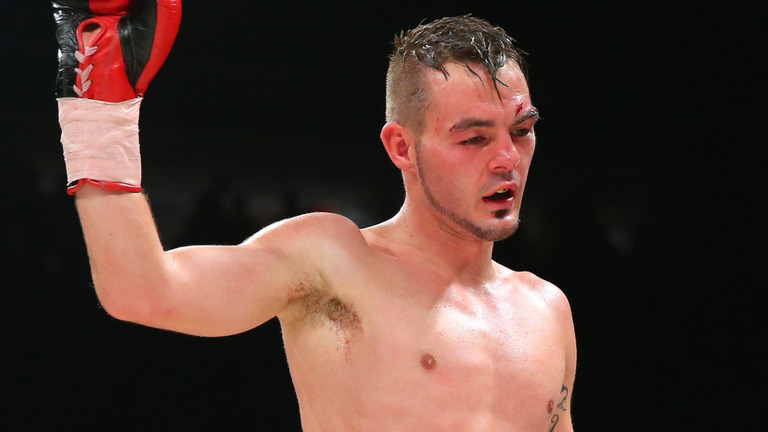 Josh Wale retained his British bantamweight title for a second time by posting a ninth-round stoppage of Bobby Jenkinson at the Ponds Forge Arena in Sheffield, England, on Friday. The official time was 1:36.

Wale (26-9-2, 13 knockouts) decked Jenkinson with a sharp right hand in the ninth and the fight was essentially over at that point. The challenger gamely got to his feet, but a series of combinations from Wale forced referee Michael Alexander to call a halt to the action.

Jenkinson started brightly but Wale’s superior experience began to tell before the midway point. The defending champion was busier and more accurate, while Jenkinson’s work rate began to drop as the pressure mounted.

Wale cut Jenkinson (11-4-1, 2 KOs) with a right hand early in the seventh and dished out plenty of punishment for the remainder of the session. The eighth round was worse and the referee looked close to stopping the fight. The writing was on the wall and the finish was almost expected.

If Wale makes one more successful defense, then he keeps the famed Lonsdale belt outright.

Brad Watson hadn’t had a fight for over a year and he hadn’t won a fight in over three years. However, the Guernsey man found a way to get the better of Loua Nassa, stopping the unbeaten prospect in the 10th and final round to capture the vacant English junior bantamweight title. The official time was 1:11.

Nassa was the sharper fighter through five rounds, but a big right-hand knockdown in the sixth was the turning point. Watson (11-2, 5 KOs) punished his man again in the seventh, however he failed to close the show on this occasion. Nassa recovered well and arguably claimed the next two sessions.

However, another flush right hand rocked Nassa (10-1) into the ropes in the 10th and it was correctly ruled a knockdown. This time Watson followed up fiercely and a big combination at mid-ring sent Nassa face-first to the canvas. Referee Shaun Messer wisely halted the bout with Nassa on his feet.