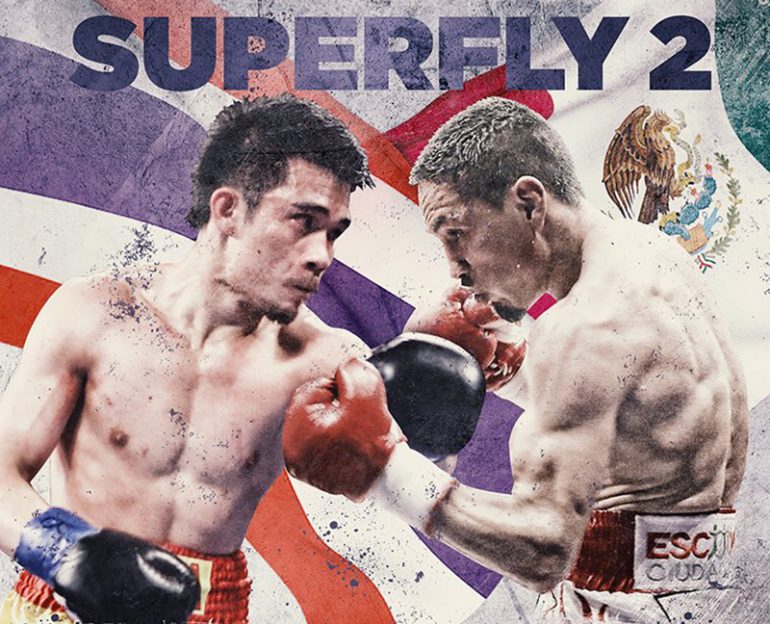 THE RING Magazine would like to formally announce that the 115-pound clash between Srisaket Sor Rungvisai and Juan Francisco Estrada, which takes place at The Forum in Inglewood, California, on February 24, will have the vacant RING junior bantamweight championship on the line.

Sor Rungvisai, who is currently rated No. 2 by THE RING at 115 pounds, will be defending his WBC title in the main event of “SuperFly 2.” Last year, the hard-hitting southpaw from Thailand caused a sensation when he scored back-to-back victories over previously undefeated superstar Roman “Chocolatito” Gonzalez to gatecrash THE RING’s pound-for-pound top 10 list.

Estrada, who is rated No. 3 by THE RING at junior bantamweight, is a former unified flyweight titleholder and one of the most skilled fighters in the world today. After taking a year off to recover from a serious hand injury, the Mexican technician made a successful jump to 115 pounds, which culminated in a decision victory over former titleholder and top contender Carlos Cuadras last September.

THE RING’s decision to sanction Sor Rungvisai-Estrada as a championship fight was made because the No. 1-rated fighter at junior bantamweight, Naoya Inoue, has expressed his desire to move up to 118 pounds. The unbeaten Japanese power-puncher confirmed his intentions after successfully defending his WBO title for the seventh time against Yoann Boyeaux in December.

The 31-year-old Sor Rungvisai (44-4-1, 40 knockouts) turned professional in 2009 and is in his second reign as the WBC junior bantamweight titleholder. Estrada (36-2, 25 KOs) is the younger man by four years and turned to the paid ranks one year earlier. Neither fighter has held a RING championship in their respective careers.