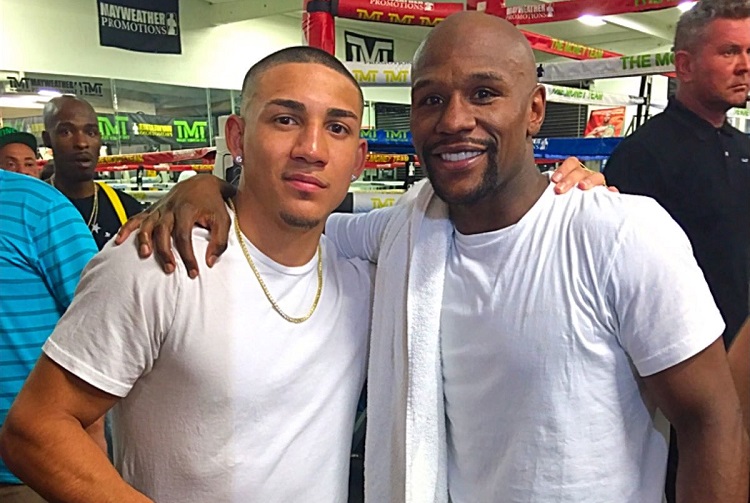 Best night of pro career and why: Lopez is most pleased with his second round stoppage over Ronald Rivas, last May.

“My best fight would be first fight at Madison Square Garden, on the undercard of Terence Crawford versus Felix Diaz,” Lopez told RingTV.com. “That was the first time at the big arena.

“I was very excited and I felt very comfortable there. I had a lot of energy and I did what I did and knocked the guy out with a left hook.”

Worst night of pro career and why: Lopez is least pleased with his summer outing against Christian Santibanez.

“My sixth fight in Tampa, Florida, on July 7th,” he said. “I went the distance, the full six rounds. I was going through personal problems. I had just got off a break-up. I was always training but my mind wasn’t right.

“Mentally and physically, I didn’t want to be there. I still got the job done, no excuses. You can have your good days and bad days; I felt like that was my bad day. People said I looked phenomenal; I’m my worst critic.”

Next fight: Lopez opens his 2018 campaign against John Delperdang, on Saturday, in Corpus Christi, Texas, on the undercard of Gilberto Ramirez’s WBO super middleweight title defense against Habib Ahmed. It will be his first eight-round fight and live on ESPN.

“I’m going to put on a show. I’m gonna bring excitement. I’m gonna bring what the fans want,” he said. “This guy is no pushover. Even though he’s 10-4, 9 knockouts, he’s never been knocked out. (Editor’s note: Delperdang actually has suffered one stoppage loss, last April.) He’s gonna bring it. I would say this is the toughest one to date.”

This should present Lopez with rounds before his scheduled return on March 17, supporting Jose Ramirez-Amir Imam, who square off for the vacant WBC 140-pound title at the Madison Square Garden Theater. The mooted opponent is unbeaten Will Madera (11-0-1, 5 KOs).

Why he’s a prospect: Lopez was a highly decorated amateur, who won six national titles. He was the 2015 Golden Gloves champion and won the U.S Olympic Trials but was denied a place at the Olympics because Karlos Balderas was already given the berth, due to participation through the semi-professional World Series of Boxing.

“Due to politics they gave (Balderas) the spot; he was in the WSB,” Lopez said, clearly still frustrated. “They don’t take the best of the best anymore; they take who they want.”

Lopez feels disrespected by being passed over for Balderas and sees a natural rivalry with the Californian.

“They took it away. I earned my spot and they gave it to Karlos Balderas,” he explained. “I was the U.S. champion and he was the WSB champion. If anything, me and him were supposed to box-off and whoever won is declared the U.S. Olympian.”

The two never met in the amateurs but did share a sparring session of which Lopez says he was better, at the Olympic training center in Colorado Springs. They appear on a collision course in the coming years as professionals.

When Lopez was unable to represent his birth country at the 2016 Rio Olympics, his father was resourceful and dusted down the family tree and helped his son instead fight for their country of heritage, Honduras. After winning qualification, he lost in the opening round of the Olympics.

“Being an Olympian is a great thing but, as you start looking, you realize the Olympics aren’t as exciting as you would think,” he said.

“There was too much corruption. I was robbed. They gave the fight to the other fighter (Sofiane Oumiha), knowing I won. The guy I supposedly lost to medaled; he got silver. It goes to show where I would have been but, due to the country I was representing, because Honduras is not a big name country, so they had to get rid of me.”

Lopez has been sparring elite fighters since he was 13. He counts Luke Campbell, Shawn Porter, Guillermo Rigondeaux (when he was just 16), Amir Imam, Yuriorkis Gamboa and Gervonta Davis among the men to whom he’s given work.

When asked oh his strengths, Lopez isn’t short of an answer: “My speed, my power, my footwork, I have to say I have the whole package. If I had to say one, I’d say my jab.”

Why he’s a suspect: So far there’s nothing to dislike about the personable Lopez. He ticks many of the boxes as a blue-chip prospect. However as he progresses, the opposition levels will increase and we’ll discover how he reacts to adversity, how good his chin is and what happens when he hits an opponent flush and he doesn’t go down.

Typically, Lopez doesn’t give anything away when asked this question and instead seeks the positives.

“There are always little things we’ve got to work on,” he said. “I don’t have any flaws. I’ve always had a pro style; that’s why I always look so comfortable in the ring. I don’t believe I’m talented; I’m God-gifted.”

Storylines: Lopez was born in Bay Ridge, Brooklyn; his family moved south to Davie, Florida when he was six-years-old. It was then when he first became interested in boxing.

His father liked boxing and had an amateur fight and liked to stay in shape.

“My father was training at the Davie PAL,” he said. “He was a limousine driver and he had told the coach to look after me, while he parked the limousine. The coach told me to get some gloves on and, by the time my father came back, I had already learned a few combinations. I don’t believe I chose boxing; boxing chose me.”

His boxing idols are Floyd Mayweather Jr. and Mike Tyson. Lopez has met Tyson a few times and crossed paths with Mayweather on several occasions, more recently ahead of the Conor McGregor fight, last summer.

“(Mayweather) stopped the security guards just to talk to me,” he said. “He told everybody that I can fight. He said, ‘This kid is one helluva fighter.’ A real fighter can recognize a real fighter.”

As well as the natural rivalry with Balderas, other potential foes could be Mayweather’s latest protégé Gervonta Davis or Golden Boy Promotions’ highly-talented Ryan Garcia.

Lopez was home schooled after the ninth grade and graduated at 16. Although he can legitimately attend university, at the moment, he is fully focused on boxing.

He moved to Las Vegas with his parents – his mother is now his nutritionist – two sisters and niece last August. Outside of boxing, he likes to go bowling, go-karting and watching movies. He says sometimes he goes to a club but doesn’t drink and, like his idol Mayweather, has been known to come home early and put on his gym kit and train.