Keith Thurman set for May 19 return on Showtime, but Jessie Vargas won’t get nod 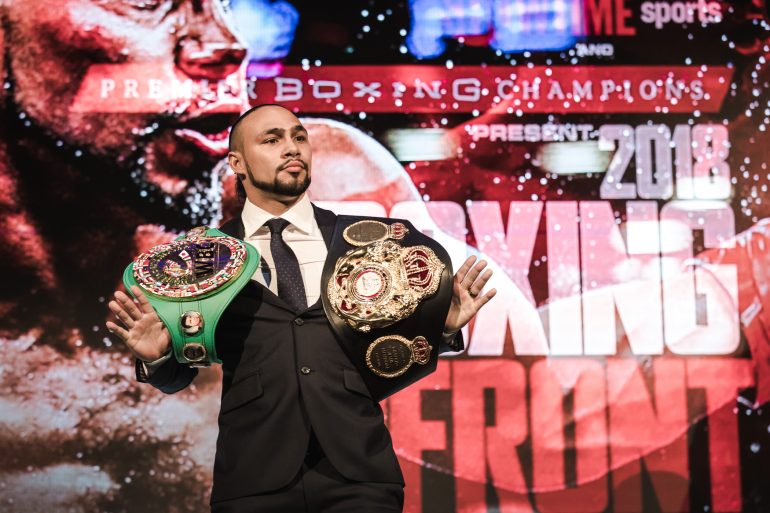 Keith Thurman is finally ready to return to the ring.

THE RING’s No. 1 welterweight had elbow surgery last year, and he hasn’t competed since his March victory over Danny Garcia to unify titles.

Now, Thurman (28-0, 22 knockouts) just needs an opponent for his May 19 assignment in Brooklyn. Welterweight contender Jessie Vargas lobbied for the fight, and it was believed he would indeed receive the call. But sources told RingTV.com that Vargas is out as an option for Thurman’s foe, and that a different opponent is being sought for the Showtime fight.

“I’m truly looking forward to being back in the ring May 19. After that, I’m going to bring a more exciting fight later on this year. There are a lot of contenders and champions gunning for my No. 1 spot but I’m going to have to let them know that I’ll be right here at the top.”

A “get-back year?” That likely means Thurman is seeking a softer opponent than Vargas, who is rated No. 8 by THE RING. It also probably means a highly anticipated unification bout between Thurman and Errol Spence Jr. isn’t in the cards for 2018.

So now, opponents need to be sought for Vargas, who recently signed with Al Haymon, and Thurman, who is looking to shake the rust off after surgery.